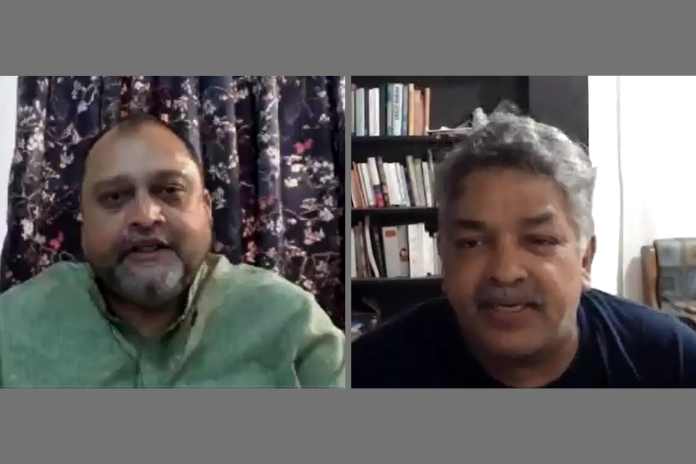 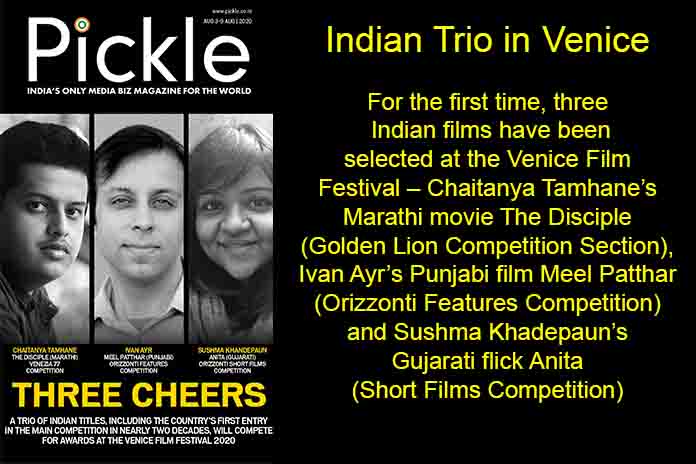 It has been a terrible year thus far. Pandemic-struck, the entire world has ground to a halt. Filmmaking has been put on hold, cinema halls are shuttered, and festivals have been thrown off gear. But The Disciple has pulled off a miracle. Amid the gloom, Chaitanya Tamhane’s sophomore outing has ended a nearly two-decade-long drought for India cinema.

The first film from the subcontinent in competition in one of the ‘Big Three’ festivals – Cannes, Venice and Berlin – in 19 years, The Marathi-language film will be vying with 17 other films for the 77th Venice Film Festival’s Golden Lion. The jury is headed by Cate Blanchett.

The Disciple is set in Mumbai but in a milieu far removed from Court, Tamhane’s debut.The 2014 film examined the anomalies of the Indian judicial system, weaving the tale around the death of a manhole cleaner, the plight of a protest singer who is accused of inciting suicide and the question of freedom of expression. The Disciple, the synopsis indicates, is set in the rarefied world of Indian classical music.

Tamhane, 33, is of course no stranger to Venice. His uber-realistic courtroom drama Court not only played in Orizzonti in 2014, it won the section’s Best Film prize in addition fetching the director the Luigi De Laurentiis Award.

The synopsis of The Disciple reads: “Sharad Nerulkar has devoted himself to becoming an Indian classical vocalist, a lifelong quest in which few succeed. Initiated into this centuries-old tradition by his father, he follows his dream with sincerity and discipline, committing himself entirely to his artistic journey.

“As he strives to attain the highest level of his craft, Sharad traces his way through the hallowed mysteries and rituals of past musical legends. But as the years pass, Sharad will be forced to negotiate between the complex realities of life in contemporary Mumbai and his chosen path, leading him to find his true voice in music and in life.”

In a press release, Tamhane has said: “This is an important milestone for not just for us but also for the Indian independent cinema movement. The Disciple has been a true labour of love, and collectively we have poured every ounce of energy, effort, and love into it over the last four years. It has been a beautiful collaboration and I’m thankful to all of the film’s extremely dedicated actors and the entire crew. I am relieved and happy that it has found such a great start for its journey even in these tough times.”

Wouldn’t it be wonderful if The Disciple goes all the way and scoops up the Golden Lion? The importance of the Venice Competition slot for Tamhane’s film obviously lies in the fact that the last time an Indian was here was way back at the turn of the millennium. Felicitously, that film, Mira Nair’s Monsoon Wedding (2001), went on to win the festival’s top prize.

Not to forget, the year before, a Bengali film, Buddhadeb Dasgupta’s Uttara (The Wrestlers, 2000), was in the Venice Competition and it earned the filmmaker the Special Director Award. If The Disciple returns with an award, it would be three-in-a-row for India.

In case you wish to look for any other positive signs in favour of The Disciple, it could be this: Satyajit Ray’s 1957 Golden Lion winner, Aparajito (The Unvanquished) was also the director’s second film. Among the films that Aparajito beat on the way to gold was Akira Kurosawa’s Throne of Blood.

So, what is The Disciple up against? A spread of films that are amazingly diverse and imposing, including Michel Franco’s Nuevo Orden, Amos Gitai’s Laila in Haifa, Andrei Konchalovsky’s Dear Comrades, Kiyoshi Kurosawa’s Wife of a Spy, and Gianfranco Rosi’s documentary about life at night in the Middle East, Notturno.

India will have two other shots at Venice glory this year – in the Orizzonti features competition with Ivan Ayr’s Meel Patthar (Milestone) and the section’s short films competition with Sushma Khadepaun’s Anita.

In Ayr’s 98-minute Hindi/Punjabi film Milestone, one of 19 titles in Orizzonti competition, the past catches up with a truck driver in his 50s. “He has got to a point where he is well respected in his company but the future appears very uncertain,” the director says. The film looks at how that “sometimes gets him desperate and reveals bit by bit his inner fears, his life choices and his journey.”

Ayr’s first film, Soni, was in Orizzonti in 2018. The director was at the Berlinale earlier this year to pitch his “second film”, but he had another film in the works that he talked about. That is where Venice got wind of Meel Patthar, which Ayr competed five or six days before he flew to Berlin.

“I showed them an initial director’s cut. In fact, I hadn’t even told them I was working on a film. Word just got to them, probably because I talked about the film to everyone I met in Berlin,” say Ayr.

“Meel Patthar,” Ayr says,“is a very personal story of just one character. I say it is personal because many of the elements come from own experiences with my extended family. I have extended family in India, the US and Canada who are in the transportation business.”

Sushma Khadepaun’s 17-minute Gujarati short Anita was conceived as a feature-length film about a woman looking for freedom through an arranged marriage in the US. But things do not pan out as she expects them to and she finds herself trapped, completely dependent on her husband.

The director says that the story of the film “comes from personal experience”. She adds: “What the short film is asking is: is it possible to go away completely from where and with what you have grown up?”

“It is still evolving,” the New York City-based director says. “I am working on expanding the protagonist’s relationship with her husband. The short film has emerged from that process.”

Anita was filmed near Valsad with mostly Gujarati actors. “Only Aditi (Vasudev) does not speak Gujarati. I cast her a year before the film was made. She learnt the language,” says Khadepaun.

“A platform like Venice gives the film a push and opens up the possibility of it finding a wider audience,” she says. “In fact, given the situation we are all in, just the thought of being able to see the film play on a big screen is exciting.”

Many of the subcontinent’s most applauded, well-travelled contemporary films and festival films have taken shape – and wings – on National Film Development Corporation’s Film Bazaar platform that has made mentoring and networking facilities available to emerging filmmakers.

All three Indian filmmakers — Chaitanya Tamhane, Ivan Ayr and Sushma Khadepaun — who have made it to Venice Film Festival 2020 have had their film journeys and mentoring at Film Bazaar. Chaitanya Tamhane’s Court was part of the Film Bazaar Co-Production Market in 2012. Ivan Ayr’s Soni was part of the Work in Progress Lab in 2017. Sushma Khadepaun’s Sabras was in Co-Production Market in 2019.

As an incubator of new film projects in India and the rest of the subcontinent, the NFDC Film Bazaar, now in its 14th year, has rendered yeoman service by engendering an ecosystem that allows originality to thrive while not losing sight of tried and tested ground rules that have proven beneficial.