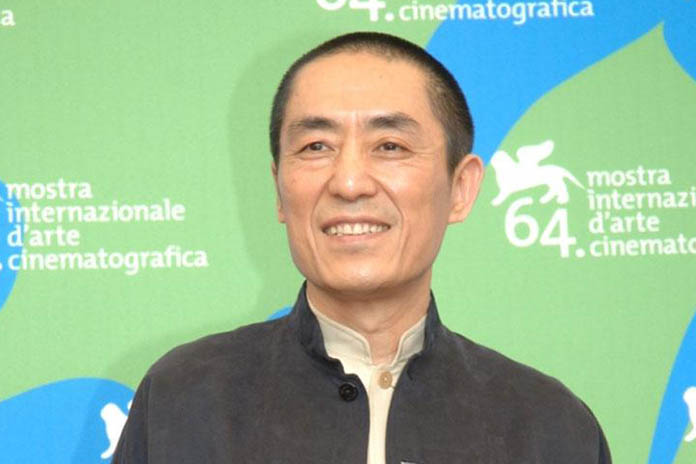 The award will be conferred to Zhang Yimou on 6 September 2018 in the Sala Grande (Palazzo del Cinema), before the world premiere screening Out of Competition of his new film Ying (Shadow). Ying is a martial arts (wuxia) film about the conflict between two feudal groups.

Regarding this acknowledgment, the Director of the Venice Film Festival Alberto Barbera stated in a press release: “Zhang Yimou is not only one of the most important directors in contemporary cinema, but with his eclectic production, he has represented the evolution of global language of film, and at the same time, the exceptional growth of Chinese cinema. Zhang Yimou has been a pioneer thanks to his capacity to translate authors, stories and the richness of Chinese culture in general into a unique and unmistakable visual style. His unforgettable debut, Red Sorghum (1987), adapted from Nobel award winner Mo Yan, brought him international recognition as one of the most important directors of the Fifth Generation. Since then, his talent in combining the elegance of form with a universal type of narrative structure has won him important acknowledgments, including two Golden Lions for The Story of Qiu Ju (1992) and Not one less (1999). At the turn of the century, the martial arts film Hero (2002) – his third nomination for an Oscar as best foreign-language film – established him as an icon of the Chinese cinema at the global level, and won him the direction of the opening and closing ceremonies of the Olympic Games in Beijing (2008), followed by a series of major productions with International film stars. With Shadow (2018), to be presented in its world premiere screening at the 75th Venice International Film Festival, Zhang Yimou returns to martial arts films with the formal elegance and remarkable inventiveness that has always distinguished his cinema”.

Ying (Shadow) is a martial arts (wuxia) film about the conflict between two feudal groups. In China, during the period of the Three Kingdoms (220-280 circa A.D.), an exiled king and his people develop a plot to regain control of their land. The events are told from the points of view of the king, his sister, his commander, the women trapped in the royal palace and a common citizen.

Four times in Competition at the Venice Film Festival – in 1991 with Raise the Red Lantern, in 1992 with The Story of Qiu Ju, in 1997 with Keep Cool and in 1999 with Not One Less – winner of two Golden Lions, respectively in 1992 and in 1999, a Silver Lion in 1991 and a Coppa Volpi for Best Actress (Gong Li, in 1992 for The Story of Qiu Ju), Zhang Yimou is the only director to have won all the most important prizes of the Venice Film Festival in less than ten years.