India’s incredible variety of landscapes coupled with advantages like availability of very skilled and experienced film crews places the country in an advantageous position when compared to several foreign countries, says Déborah Benattar, Executive Producer and Founder La Fabrique Films, in an interview with Pickle, while sharing her experience of working as a production services company in India since 2013

Congrats! It is great to know Cyril Dion’s “Animal” (selected for the Cinema for the Climate Section, Cannes Film Festival 2021) and some parts were filmed in India and your company La Fabrique Films helped in executive production. Tell us about your experience of filming “Animal”.

For forty years, 60% populations of wild animals and 80% of flying insects in Europe have disappeared. This is what scientists call the Sixth Mass Extinction.

After the success of “Demain”, with more than a million admissions in France, and César for Best Documentary Film 2016, Cyril Dion decides to investigate our relationship to the living world. His new film, “Animal”, marries the eyes of two teenagers, the English Bella and the French Vipulan, two young activists who fervently campaign for the animal cause and against global warming. Across the world, they see the extent of the disaster but also discover initiatives that give hope to people.

In India, they meet Afroz Shah, an environmental activist and lawyer from Bombay, who initiated the clean-up of Mumbai’s Versova Beach and has inspired people around the world to clean up their environment.

The film “Animal” recalls a fundamental truth: human beings believe that they could separate themself from nature, but they are in fact the nature. They too are animals. La Fabrique Films line produced the shoot in Mumbai in November 2019 and we feel proud to be associated with such a beautiful documentary film dedicated to climate and ecological commitment.

Tell us about La Fabrique Films? What are the projects you have done in India?

We have been working as a production services company in India for foreign productions since 2013. We have welcomed movies such as “Les Cow-Boys” by Thomas Bidegain,“Maya” by Mia Hanse-Love, “Fahim” by Pierre-Francois Martin-Laval and “The Best is Yet to Come” by Matthieu Delaporte and Alexandre de la Patellière, among others.

In the beginning of 2020, just before the pandemic, we had the pleasure to line produce a shoot in Rajasthan of the Swiss Film “And Tomorrow You Will Be Dead”, directed by Michael Steiner and produced by Zodiac Pictures. The film is based on a true story and its drama is hard to beat: In 2011 Daniela Widmer and David Och were traveling along the Silk Road in their bus when they were kidnapped by bandits in Pakistan and handed over to the Taliban. They succeeded in escaping their kidnappers eight months later. The movie will be released in cinemas in Switzerland on 28th October 2021.

What according to you are challenges for La Fabrique Films?

We have been trying to defend the interest of foreign producers in a very transparent way. It would be a great incentive for line production companies like ours if the government expedite the refunding process of goods and service tax (GST), which is required to be paid by local entities like us. As export of services is not taxable in India, line producers are eligible to claim refund of part of this GST from the tax authorities in India. We have been trying to obtain this refund on behalf of our foreign clients, but it has proven to be a lengthy and tedious process.

What fascinates you in an Indian location?

Do you see visible changes after the formation of the Ministry of Information & Broadcasting’s Film Facilitation Office? Has filming in India eased now?

The Film Facilitation Office (FFO) has tremendously improved and speeded the permission process for international projects as well as the delivery of film visas for the cast and crew.

We are hoping to see similar improvements in terms of permissions with other institutions: Indian Railways, ASI, DGCA, etc

The government plans to incentivise filming in India as well under Co-production Treaties? Will this be an advantage for India?

Once the government introduces incentives like other foreign countries, India will definitely become one of the best shooting destinations in the world. Also, we would really appreciate if the government take care of few hiccups like streamlining the taxation processes, as mentioned earlier, to make it a win-win for all.

Your reflections on how tough it has been during the lockdown times… How do you see changes in the post-COVID world for filming? What are the changes that we should embrace to face reality?

The lockdown time has allowed us to become more creative and work more digitally. But we are very trilled to go back to shoot and allow foreign and Indian crew to collaborate as they share the same passion for cinema. 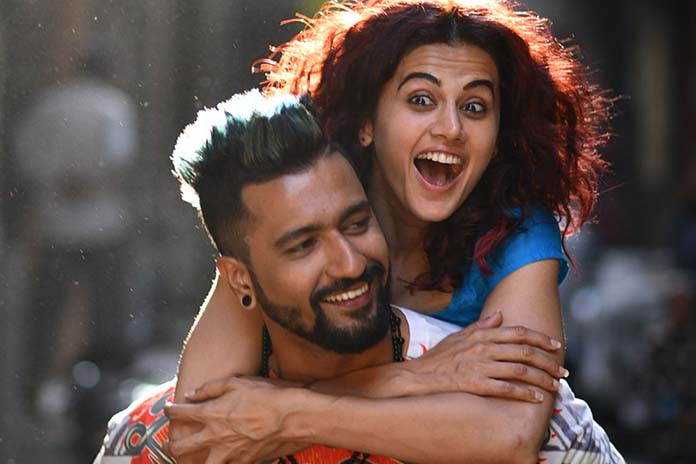