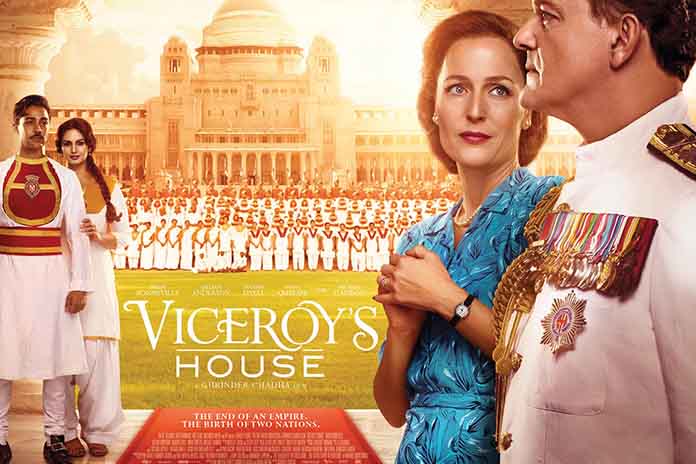 The Extraordinary Journey of the Fakir
France

For My Brother
Turkey 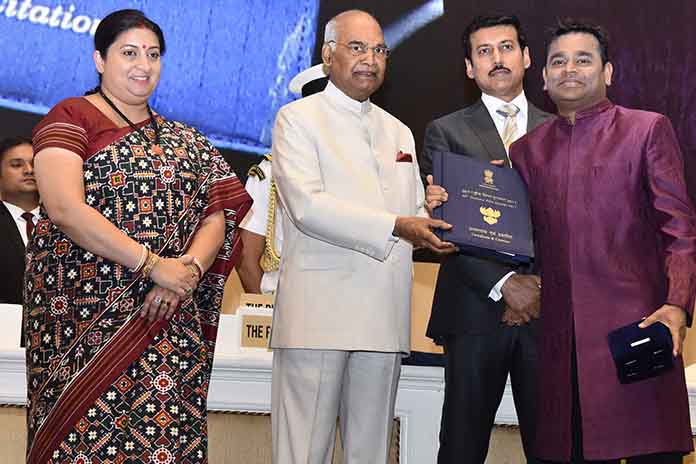 A bunch of non-mainstream titles dominated India’s National Awards this year. The past few years had seen tent-pole movies like the historical epic Bajirao Mastani and the VFX-laden fantasy Bahubali rule the roost. The 2017 jury, which was chaired by filmmaker Shekhar Kapur, chose to celebrate cinema that were unusual in both conception and execution and stood out from the usual clutter created by mainstream movies, thanks to their locations, themes and approaches to storytelling — By Saibal Chatterjee

Scripted by the veteran director himself, Bhayanakam is the sixth part of Jayaraj’sNavarasa series that he launched in 2000 with Shantham. Adapted from two chapters of Thakazhi Sivasankara Pillai’s epic novel Kayar, the Malayalam film is set in Kuttanad and its backwaters during World War II. It revolves around a postman who brings money orders to the homes of men that have joined the British army. As the war intensifies, he becomes a carrier of ill tidings, bringing news of deaths in the battlefield. Bhayanakam also fetched Jayaraj the National Award for best adapted screenplay. The film’s DoP Nikhil S. Praveen won the award for best cinematographer.

It is difficult to keep the Mozart of Madras out of the picture. This year, he won not only the best music award for Mani Ratnam’s romantic drama Veliyidai, but also took home the prize for best background score for a very different kind of film, Mom, a dark, violent story of a mother who wreaks vengeance on step-daughter’s rapists. That the maestro has garnered the twin awards for 2017 is particularly special – it was the year when the triumvirate of director Mani Ratnam, lyricist Vairamuthu and the composer complete a quarter century of a partnership that began with Roja. The Kaatru Veliyidai score is vintage ARR – it transports us back to his 1990s heydays.

The sophomore effort of Assamese writer-director Rima Das, Village Rockstars was conceived and executed singlehandedly. Shot in her own village with amateur child actors, the film tells the story of a girl who wants to acquire a guitar in order to form a musical band with the boys she hangs out with. But she has to contend with two major handicaps – her gender and her poverty. Last year, Village Rockstars was selected for the HAF (Hong Kong Asian Film Financing Forum) ‘Goes to Cannes’ program and premiered at the Toronto International Film Festival. Since then it has travelled the world and received unstinted praise. The National Award was no surprise.

Sinjar, directed by award-winning documentary filmmaker and former journalist Sandeep Pampally, is set in the remote tropical archipelago of Lakshadweep (where no film was ever shot before) and made in the dying Jeseri dialect, which is a blend of Malayalam, Tulu, Kannada and Arab. It is about two housemaids in Sinjar, Iraq, who are abducted along with Yazidi women by Islamic State terrorists. They manage to flee their captors and return to their native Lakshadweep only to find that their conservative society is not much better than the IS camp that they have escaped from.

Walking with the Wind

The work of sound designer Sanal George and re-recordist Justin Jose put the Ladakhi-language film on the National Awards roster. And deservedly so. The charming little film directed by Praveen Morchhale is dedicated to the late Iranian master Abbas Kiarostami and even uses an Iranian cinematographer (Mohammadreza Jahanpanah, who, among many other films, lensed JafarPanahi and KambuziaPartovi’s Closed Curtain). It tells the story of a ten-year-old,Tsering, who walks seven kilometers across a difficult terrain to get to school every day. One day he accidentally breaks a friend’s school chair and decides to take it to his village and repair it before the mishap is discovered.

A winner of a quartet of National Awards, prolific Bengali director Kaushik GangulyNagarkirtanhas been in the news ever since it went into production. A same-sex love story starring two fine actors, Ritwik Chakraborty and Riddhi Sen, the film provoked the ire of some conservative sections of society but eventually managed to get a censor certificate. Nagarkirtan fetched Riddhi Sen the Best Actor award making him the youngest-ever to win the prize. The film also picked up a Special Jury Award in addition to two other nods for the costume designer and the make-up artist.

A remarkable debut film by Amar Deokar, who had to sell his two acres of land in his village in Maharashtra to raise production funds, Mhorkya also earned a Special Jury Mention for child actor Yashraj Karhade. The film revolves around a young sheep herder whose ambition is to lead the upcoming parade in his school. In his quest, he runs into a former soldier who appears to have lost his mind but becomes the boy’s lodestar. Mhorkya, which means leader, tackles several themes that are not strictly aimed at children. It questions hollow notions of patriotism, lays bare the loopholes in the education system.

Directed by cinematographer Chezhiyan Ra, To Let follows a young Chennai couple and their art-loving son as they struggle to find a new home for themselves when the house-owner orders them to vacate their present abode. The film, set around a decade ago when the city saw a real estate triggered by the exponential growth of the information technology industry, focuses on the plight of an aspiring film writer who is unable to afford the exorbitant rents. The male protagonist, whose search for an accommodation leads him nowhere, has to resort to lies in an attempt to tide over the crisis.That triggers its own set of problems. Lensed by the director himself, the naturalistic To Let uses a soundscape that captures the spirit of street-level Chennai to perfection.

A wondrously subtle and effective exploration of the relationship between a busy middle-aged man who has little time to take any breaks from work and his ageing father who is fast sinking into dementia, Atanu Ghosh’s Mayurakshi has proven to be surprise hit. The son returns from the US and tries to reconnect with his old man but the latter has begun to drift away: a universal story told with deep empathy. Bolstered by sterling performances from veteran Bengali actor (and Satyajit Ray’s famed alter ego) Soumitra Chatterjee and superstar Prosenjit Chatterjee, the film also benefits tremendously from an evocative musical score (by Debojyoti Mishra). It won the Best Bengali Film award. Mayurakshi probably deserved more.