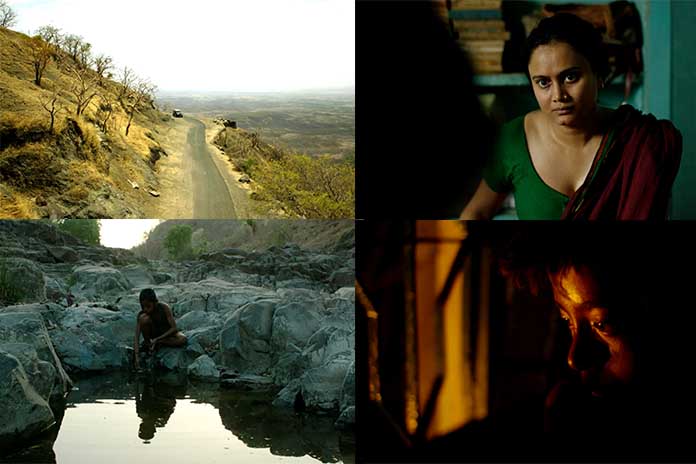 Udita Bhargava’s first feature film Dust, a German-India co-production, has been selected in the 69th Berlin International Film Festival in the Perspective section. Berlinale has dedicated itself with this section to support promising German filmmakers and talents who are self-confidently searching for their own form of artistic expression.

Starring Morten Holst, Vinay Pathak, Abu Bakr Golu, Kalyanee Mulay and Babita Goyal in key characters, the film will be World Premiere at next month’s Berlinale. The film was shot in and around Indore, Madhya Pradesh.

Her short films have shown successfully at film festivals around the world. Imraan C/o Carrom Club won the 3Sat Award at the 60th Oberhausen Film Festival and was broadcast by 3SAT/ZDF, one of Germany’s largest public broadcasters.

In this film Udita tells the story of David (Morten Holst) and his journey to the turbulent heart of present-day India to look for traces of his dead girlfriend. Set against the backdrop of a Left-wing uprising, Dust oscillates between worlds of recollection and foretastes of the future, and shows Indians caught in an inhuman conflict.

About the film: Dust: A journey into the turbulent heart of present day India. David’s girlfriend Mumtaz has died. She was a photographer by profession, working in the heartlands of central India. David is a German diplomat working in India since four years.

Still reeling from the loss, he travels to the city of her birth, a city that he has never visited before. Here, he seeks out Dr. Sharda, a cynical old man who could lead him to the place, buried in the interiors of the country, where Mumtaz last was.

A journey into the heart of the country leads David simultaneously into its past. A past, it turns out, that binds the Doctor and Mumtaz. Dr. Sharda is revealed to be the commander of a camp, training young boys in combat against the State. Mumtaz, documenting the Doctor’s camp, had captured the brutalization of one of its young inmates Krishna, at the hands of his own peers.

Mumtaz’s searching spirit is reflected in another female character, Radha, a young nurse working as a surrogate mother, whose longing to be independent is a quietly cherished dream. Radha’s appearance in the film is independent of the other stories.That is, until we realise that she too had once existed within the structures of violence, of which the Doctor and his army were an integral part.

Drawing together these narratives, the film creates a multificated picture of present day India, a society in the throes of change, struggling to break the shackles of its past and emerge into the future.