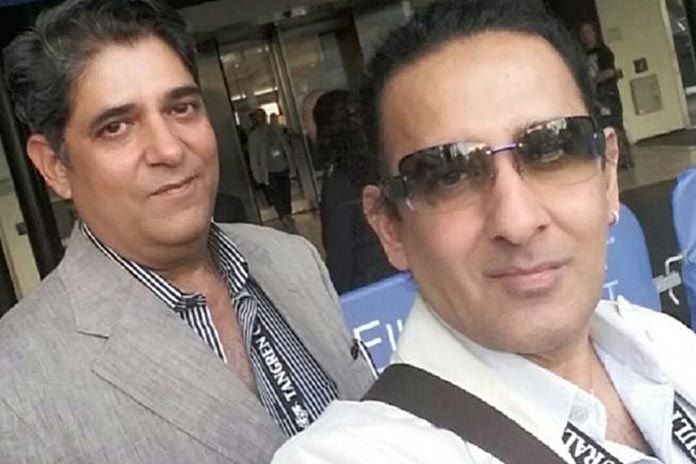 Owing to huge corrections happening in the market, high production costs are likely to keep the buyers away, feel Manish Dutt and Krishi Dutt, Directors at VR Films & Studios, which is the first dubbing company in India to be listed on BSE SME platform and is looking to play a larger role in the industry in coming years

“India is emerging as a hub to dub for Hollywood and European language
films,” says Manish, Managing Director, VR Films. “We are positioning ourselves to be a one-stop shop for all dubbing and sub-titling requirements. Our dubbing company is making Hollywood in India.” VR Films is a “Limited” company now… with shares listed on BSE SME Platform first dubbing company in India and second in the world to achieve this.

You have returned back from AFM? How was your experience? How do you see the market for new content creation and distribution?

Yes we are back from AFM. The market was very slow with not so interesting content. There is a huge correction happening in the market. Buyers are very price sensitive at the moment, a fact which the sellers/content creators are beginning to realize. Anything overpriced remains unsold. It is high time content creators and sales companies get realistic on the production costs, as high costs will keep the buyers away. I have never seen sellers requesting buyers to help them out and were willing to cut their asking price by 50-60%. It is an interesting phase where long-term players and actual buyers will only co-exist.

Film Bazaar has emerged as one of the finest markets for discovering talent. What are you looking for in the 2019 edition of Film Bazaar?

Co-production tie-ups and sourcing/funding interesting scripts at the Film Bazaar Producers Lab is our main focus. There are lots of interesting projects being pitched. If the price is right and expectations are reasonable, it can be a fruitful market.

How does your film production pipeline look like? Are you working on regional films?

We are working on a few projects at the moment. These include an international co-production in English to be shot in Ukraine. We are negotiating acquisition of another international project (Academy Awards and Golden Globe nominated film) remake in Hindi for the Indian audience. Also in development are a few scripts. We are looking to start production in the third quarter of 2020. But it depends on the scripts getting locked and availability of cast accordingly.

Sub-titling and close captioning is another service getting very popular with the OTT platform majors.

2019 is a milestone year for VR Films and Studios Limited. Getting listed on BSE SME platform (oversubscribed 1.70 times) was a dream come true. Being the first dubbing company in India to be listed is a big achievement. Feel happy to have unlocked our assets and created wealth for our investors with double the listed price in a short span of five months. With this exposure, we are looked upon as a serious player in the market and are the first choice of clients for localization.

Suddenly we realize it has been a long journey from a single dubbing studio to 65+ studios across India attached to us clocking 400+ odd hours of dubbing per month and with over 50,000+ hrs dubbed exposure since the year 2000; it surely is a huge achievement.

We have a three-year plan to work on… We will add up a few more studios in Bengaluru (around 5 studios) for Kannada dubs. We also plan to roll out at least two Hindi film productions every year starting 2020, besides our Hollywood acquisitions (10 -12 films a year). Plans are afoot to start our own Pay/Free TV and integrated OTT platform. In 2022, we plan to migrate to NSE Main Board and get listed among the major players to supplement and fund our activities multi-fold.

A challenging vision, but true to our name Visual Reality, ‘We Visualize You
Realize.’