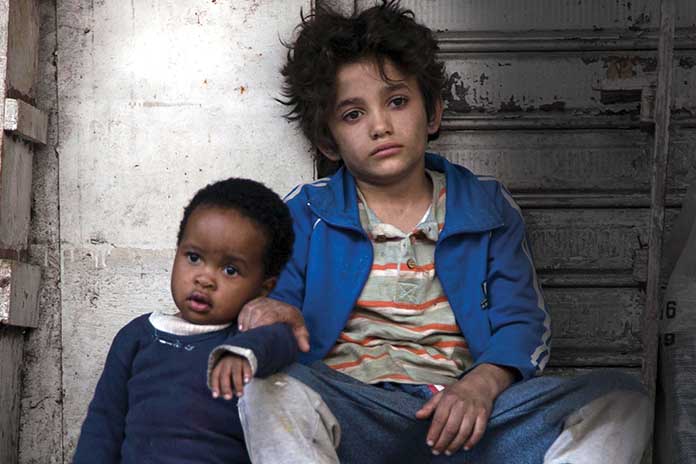 A bold and Unflinching Look at a society in Strife

With ability to tackle sensitive issues head on through a bold and provocative approach, Arab cinema has come of age, helping movies from the region enter some of the most important festivals the world over – By Gautaman Bhaskaran

Incredible as it may sound, Arab cinema has taken off to dizzying heights in the past five years or so. And one of the singularly most important reason for this is the cinema’s ability to stay focussed. In about 90 to 110 minutes, an Arab movie grips us with its story, which, I dare say, can be bold and provocative, raising sensitive issues and getting into them head on – which Indian films have not been allowed to do, either by the administration or political groups.

It is this approach of Arab cinema that has helped it to enter some of the most important festivals the world over. While India has not had a title in either Cannes or Venice Competition for many years, Arab works have scored here. Last year, two movies from the Middle East – Nadine Labaki’s Capernaum and first-timer Abu Bakr Shawky’s Yomeddine – ran for one of the most prestigious awards in the world of cinema, the Palm d’Or at the Canes Film Festival. And as Arab cinema programmer Intishal Al Timimi, who heads Egypt’s two-edition-old El Gouna Film Festival, points out,”2018 turned out to be a great year for the region’s cinema, and in recent years 70% of the winning works by Arab directors at international movie festivals are first or second features, which bodes well for the future of Arab cinema.”

Indeed so. Capernaum won the Jury Prize at Cannes 2018, and is now one of the five competing for the Foreign Language Oscar. Probably, it will walk away with the trophy. For, the other important contender, Alfonso Cuaron’s Roma, in this section is also listed under the Best Picture category in the general list, and it has an excellent chance of winning. This leaves Capernaum as a clincher, the other three including Poland’s Cold War, are not in the same league as Labaki’s creation.

The other 2018 Cannes Competition entry, Yomeddine, is a brutal, unflinching look at the life of a leper, an actual leper, who soon after the death of his wife gets on to his donkey cart and goes in search of his long estranged family in Egypt’s Luxor. The trip from Cairo, where he had been living, to Luxor is extremely eventful with some sad and some happy incidents. What is most significant, the helmer does not make his work a celebration of disfigurement, and underlines the cruelty of a society towards lepers. We saw this long, long ago in the 1960s Ben-Hur, where people afflicted with this disease were shut away in a cave!

Societal unfeeling attitude is also brought out most starkly in the Tunisian drama, Beauty and the Dogs, by Kaouther Ben Hania (who earlier gave us Imams Go To School and Zaineb Hates The Snow). Hania’s latest adventure is based on a real-life incident in 2012, and looks at a young woman, who is raped when she gets out of a party at night. Her nightmare continues when she walks into a police station to file a complaint, but she meets a wall. For, the perpetrators of the crime are the cops themselves, the guardians of the community. The film is fearless in the way it attacks and exposes not only the men in uniform, but also hospital staff and doctors – all of whom turn monstrously unsympathetic to the woman’s horrific plight.

(Compare this with India, where we refused to let Indo-Canadian moviemaker, Richie Mehta, to shoot Delhi Crime Story on the 2012 Nirbhaya gang rape in Delhi. I do not know how Mehta managed to put the movie together, but it is now premiering at the Sundance Film Festival.)

Community’s indifference – even rank neglect towards – those men and women who are down is also magnified in Tunisian writer-director Mahmoud Ben Mahmoud’s latest outing, Fatwa, which won the Best Movie award at the Carthage Film Festival and also the Saad Eldin Wahba Prize for Best Arab Movie at the Cairo International Film Festival.

Fatwaexplores extremism in Tunisia, and how it hits the families of those involved. The work is a deeply disturbing look at the radicalization of Tunisian youth and sheds light on a system that offers little in the way of reformation — even for former extremists who have had a change of heart, but are thrown into jail with little hope for the future.

Conflict has been a favourite theme of Middle-Eastern writers and directors, and they have talked it most animatedly in their cinema, and how it destroys hope (like we see in Fatwa) and peace – as in Syrian moviemaker Soudade Kaadan’s feature debut, The Day I Lost My Shadow, screened at El Gouna last year. It narrates the horrors of the internecine strife in her country, filtered through a simple story of a mother’s desire to give her son a hot meal. Partly folklore and partly magic realism, based on the idea that those who lose their shadows lose their souls, the director weaves a distressing account of disruption and disappointment.

Guiding us through some of the most tension-ridden situations imaginable, as the mother walks through forests, dodges sniper fire and hides from trigger-happy rebels fighting government forces, Kadan conveys most profoundly how such bloody wars can rob people of their souls, if not their lives. Venice artistic chief Alberto Barbera called the movie “an impressive depiction of one of the most tragic realities of the past decades.”

Gautaman Bhaskaran is an author of a biography on Adoor Gopalakrishnan, and a leading cinema writer who has covered Cannes, Venice, Tokyo, Cairo and other movie festivals for years – tracing their journeys through fascinating films. He may be e-mailed at gautamanb@hotmail.com, and he tweets at @gautamanb