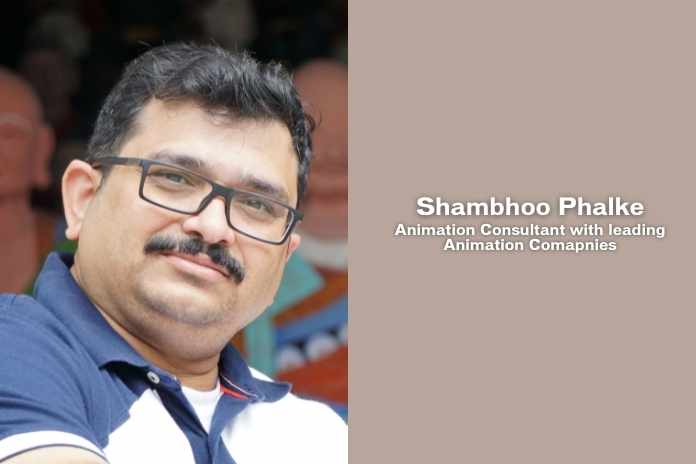 How to Avoid Pitfalls During IP Development

Today’s markets offer the benefits of new digital world. The streaming platforms give a wide array of marketing and revenue options. To renew confidence in own IP, a quick litmus test is to release the first pilot on You Tube

Questions have been asked numerous times about IP—a subject near and dear to its developer—to find a suitable home for it or make it worthy in the eyes of the beholder. Unfortunately, this effort is many a times a last ditch effort to salvage the IP, much later in its development and after spending substantial amount of time and money. And then the only alternative left is to redesign and repackage it. When an under development IP is presented, its journey can be visualised as to how the IP’s building blocks were built and brought together. Where the efforts took a different turn as the thoughts and people changed. The net result is really not what was intended.

Important aspect needed on behalf of primary creators/storyteller, while developing an IP is the ability of detaching oneself from it and viewing it from third point of view of its “consumption”.

In the real world the consumption props up questions every IP developer struggles to finding suitable answers to. What is the USP of IP, can you explain in one line? What is the Series Synopsis in 500 words? What is the Target Age group? What is the Genre it represents? Who are the protagonists? How many protagonists? Does the story propagate through one protagonist or there are others? Does it preach? Does it have any violence and bloodletting? Is the story in continuation or can it be watched stand alone? And so on and so forth.

The genre is the classification of feelings, the IP entices. These would be Romance, Action, Chase,
Comedy, Horror, Drama, Dark Comedy, History, Sci-fi, etc.

In India currently the 6-9 age group is active in Genre of Action, Comedy, and Chase with a boy hero.

The unattended age groups and genres are an ocean of opportunity. There is a wide market available here. Sooner or later domestic kid space channels would enter these age groups with
different genres.

So, how should the development process of IP be designed in such a way as to avoid the pitfall.

A strong IP usually is a result of years of BROODING in the minds of its creator, which then one fine day suddenly transforms itself into an IDEA. It can be called a EUREKA moment for the creator. This is an exciting stage. The IDEA then expands into million threads and grows exponentially. This period is quite short and is following natural progression lasting for a few months. Both these processes occur in the deep and upper sub conscious.

While the IDEA is still at its infancy, the CONCEPT work is undertaken. This is the first mistake. This
is where we find clashing designs, characters, stories and plots. What is strongly recommended
here is that the developer should take a firm STOP after the ideation and resist the urge to pen down a CONCEPT. It’s way too early.

The physical CONCEPT creation, in itself works like a radioactive material and starts multiplying
and propagating. And then a lot of money and time is engaged and before you know it the IP starts getting diluted due to opinions expressed mid-way during its incubation.

What is generally seen is a rush to deploy a script writer almost instantaneously, while even the
characters are at their early design stage. This early desire “to feel the product” is one of the
biggest hindrances in IP development.

The solution is simple. At this stage, the IP creator should invest a few months in the process of THOUGHT, an extremely important point of development. The sum total of IDEAS should get
channelized into a THOUGHT. This is where wild imagination pours downs into its first moulds of
loosely formed words and sentences. It takes shape and forms a loose boundary. The boundary then further develops into compartments.

At this juncture it is important to find a couple of people who would brainstorm and ideate and pose some real world questions. The day you Pen down a CONCEPTS, IP’s Physical avatar, it more or less gets locked down and there is very little one can change from there on. Hence the time spent of THOUGHT of at least 3 to 6 monthsis well spent and proves rewarding in time and cost savings.

A simple analogy is with development of baby. BROODING is fertilization, IDEA is a prenatal
development or the germinal stage of embryonic development, THOUGHT is fetal development and birth is CONCEPT.

Some of the other obvious pitfalls in creation of IP is its character development, bible, teaser/pilots and point of sales and marketing.

The Character development is a first step in building the bible. The design must convey at least 4 to 6 primary behavioural attributes of the character. The next step of location should set the mood of the storytelling and build up extended visualisation of the tales happening in the minds of reader.

The TEASERS keep a way open to amend the treatment based on extensive feedbacks from the
markets. The Teaser should aptly convey what the series is all about and cover the USP in flat two to max three minutes. This stage sometimes is quite frustrating and the generally acceptable routes results in no significant development initially. Be Patient! Note down all the feedbacks. See what is liked and what is appreciated and what needs to adapt. Episodic pilot should be developed only upon getting the nod from the industry.

Today’s markets offer the benefits of new digital world. The streaming platforms give a wide array of marketing and revenue options. To renew confidence in own IP, a quick litmus test is to release the first pilot on You Tube and see if you get 3,000 views in the first month. If you do, the IP is solid and sellable.

IP’s do have a golden period approaching very fast. It is a question of time. A slight push from
Government of India laying down minimum percent of daily original content would certainly bring the dawn of golden era way earlier.

The author has worked extensively in the field of animation and VFX for the last 25 years and has completed six theatrical animated features and 30,000 minutes of TV series content. He has held senior key positions in Anibrain, Reliance Media Works Limited, Maya Entertainment Ltd and Pentamedia Graphics Limited.