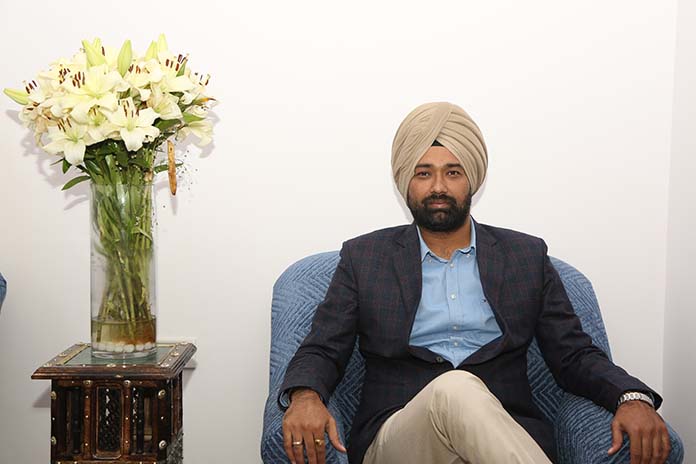 Shurbir Singh, MD & CEO, Delhi Tourism Development Corporation, will be at Cannes looking for producers and filmmakers to shoot in Delhi. In this interview, he highlights the advantages of making a film in the Indian Capital

He spoke with Pickle

Delhi is the one of the most beautiful capital cities in the world. What steps are being taken by the Delhi Tourism Development Corporation and the Delhi Government to bring global filmmakers and production houses to the Indian Capital?

Delhi as an inimitable city of continuous living history has readily imbibed cultures and civilizations from time immemorial. Today as the Capital of India, Delhi continues to hone and nurture cultures, ethnicities and riveting narratives that have time and again inspired national and international filmmakers to shoot here. Home to three iconic World Heritage sites: Qutub Minar, Red Fort & Humayun’s Tomb alongside numerous other historic monuments, this eternal city offers a sumptuous banquet of history and heritage seamlessly in tune with its transformation as one of the world’s fastest growing and largest metropolis today.

Delhi Tourism and Transportation Development Corporation along with Government of Delhi has been working towards making the Capital a film friendly city. Apart from coordinating with the various stakeholder agencies on a regular basis, the corporation also has a dedicated page on the website to guide the filmmakers on numerous locations and facilities available in the city. We look forward to inviting the filmmakers and producers to this endearing city and showcase the ‘Delhi Cinemagic’ to one and all.

What according to you are the advantages of getting a film shot in Delhi? What is your objective at Cannes Film Market?

What Delhi provides is the potent canvas for effective & emotive storytelling and the logistical support required to facilitate the process of narrating the story. The infrastructure that Delhi offers includes hotels, transport, communication, film shooting equipment and film processing. Delhi’s IGI Airport ranks No.1 in the world when it comes to service quality and is capable handling chartered flights. In terms of other resources, trained manpower in the field is readily available in Delhi with disruptively low production costs.

Binding the resources available and the procedures involved in acquiring them, Delhi Government facilitates all your permissions to aid production in Delhi. Any filmmaker can send in their applications directly to Delhi Tourism stating the desired locations to shoot at and the Film Shooting Facilitation Cell, Delhi Tourism will do all the groundwork for you.

A muse for creators across the world, the Indian capital city offers new talent, lower production cost, international connectivity and more than 200 locations to shoot at. Delhi Tourism itself has a few properties which can be used as ideal location for shooting.

Festival de Cannes for us translates into the opportunity to present Delhi and its unrivaled creative potential and logistical ease to the esteemed fraternity of creators. Marking our place in the ever-expanding filming universe, we wish to mutually benefit in terms of the creative and tourism discourse.

Is single window clearance a reality in Delhi? What has been the experience dealing with foreign filmmakers?

The initiative of Single window clearance will soon be realized in Delhi. DTTDC has actively pooled in its time and resources to make it a possibility in the near future. We are currently in process of hiring an agency to frame a Film Policy for Delhi, on which we will clearly lay down the nitty gritties involved.

Do you have a panel of line producers on board?
Line producers are one of the key stakeholders that Delhi Tourism is in constant touch with. We take regular inputs in order to better understand the requirements and streamline the shooting process.

Do you have a mechanism in place for film producers to contact when they face problem during a film shoot?

DTTDC is the nodal agency working towards permissions for shoots. Once any producer reaches out to us, we further connect with the requested stakeholder agency and guide them in obtaining necessary permissions. Delhi Tourism is also part of Ministry of Information and Broadcasting’s National Film Development Corporation of India (NFDC), Film Facilitation portal that enables producers to directly reach out to us and seek our assistance for permissions and logistical solutions.

What is your message to the film community at Cannes?

You are the best storytellers in the world, and Delhi has a multitude of stories worth telling. We are committed to enabling creators craft their narratives, staged on the ever inspiring platform of Delhi. As civilizations have arrived and left an everlasting mark on Delhi, we wish the fraternity of creators at Festival de Cannes and beyond helps the Indian Capital carve its space in the hearts and minds of cinematic denizens, film buffs and every awestruck individual, connecting to the stories crafted.