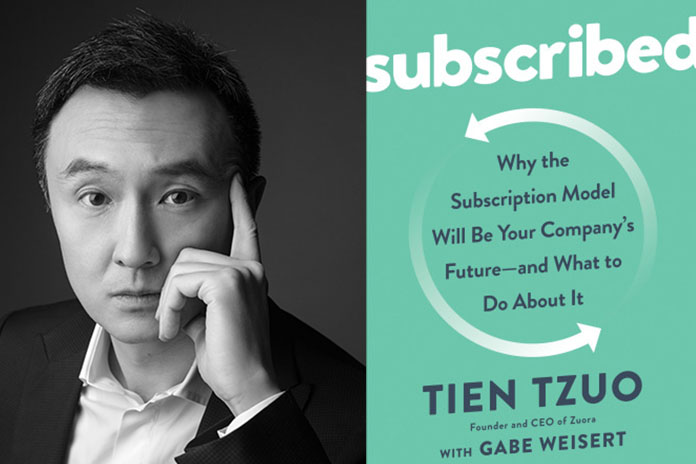 Understanding The Rise of Subscription Economy

Entertainment Economy. Network Economy. Broadband Economy. Innovation Economy. Membership Economy. And now it’s Subscription Economy which has just begun to take shape, says Tien Tzuo in “Subscribed: Why the Subscription Model Will Be Your Company’s Future—and What to Do About It.” He is a co-founder and CEO of Zuora, a company that creates software for subscription businesses.

This book is already a bestseller and top on the radar of global CEOs and is catching up fast with Indian business leaders across business verticals.

“The goal of business should be to start with the wants and needs of a particular customer base, then create a service that delivers ongoing value to those customers,” writes Tzuo in the introduction. “The idea was to turn customers into subscribers in order to develop recurring revenue. I called the context for this change the Subscription Economy.”

The book is divided into two parts. Part One explores “how subscriptions are transforming several different industries”, and Part two “dig into more tactical, operational details about how to apply the subscription model across every aspect of your company”. Tzuo has co-authored the book with Gabe Weisert.

Here are some of the topics covered in the book:

“Ownership is dead. Access is the new imperative”. That’s the biggest takeaway from the book. “We’re in a pivotal moment in business history, one not seen since the Industrial Revolution,” says Tzuo, formerly with Salesforce as employee #11, who helped turn it into a billion-dollar company over ten years.

“Simply put, the world is moving from products to services. Subscriptions are exploding because billions of digital consumers are increasingly favouring access over ownership, but most companies are still built to sell products. They’re not set up correctly for the next hundred years of business. As a result, huge opportunities are up for grabs. If you’re not shifting to this business model now, chances are that in a few years you might not have any business left to shift”. Companies like GE and Caterpillar are reinventing themselves as solutions providers.

The media and the streaming platforms are already the subscription economy and the book delves deep into it.

Throughout the book there are fascinating case studies and anecdotes across business sectors ranging from media to manufacturing. Netlix, which began streaming films in 2007, went from Zero to 100 million subscribers in a decade. Spotify added 50 million subscribers in nine years. UK-based sports company DAZN (Da Zone) hosts 8,000 sporting events a year for $20 a month across markets.

According to The Reuters Institute Digital News Report, The New York Times, The Wall Street Journal, and The New Yorker all gained hundreds of thousands of new digital subscribers in 2017.

This trend is catching up in India too. India’s leading business newspaper Economic Times has been pushing vigorously “ET Prime Membership” in recent weeks.

Some of the amazing case studies in the book include:

Volvo: You can Subscribe to Volvo XC40 (their compact SUV) for $600 a month, and that includes concierge services like packages delivered straight to your vehicle. Everything is covered except the gas: insurance, maintenance, wear-and-tear replacements, 24/7 customer care. Volvo’s CEO expects that one out of every five of the company’s vehicles will be delivered via subscription by 2023.

SNCF: France’s state-owned railway company SNCF was having severe competition from ride sharing services and discount airlines. SNCF launched a new targeted subscription service: young adults between the ages of sixteen and twenty-seven would get to ride anywhere they wanted, for 79 euros a month. It was an instant success. Today 75,000 more young French people are taking the train.

Adobe: The Company transitioned from selling enterprise software licenses to offering cloud-based solutions for a flat monthly fee, which quadrupled its valuation.