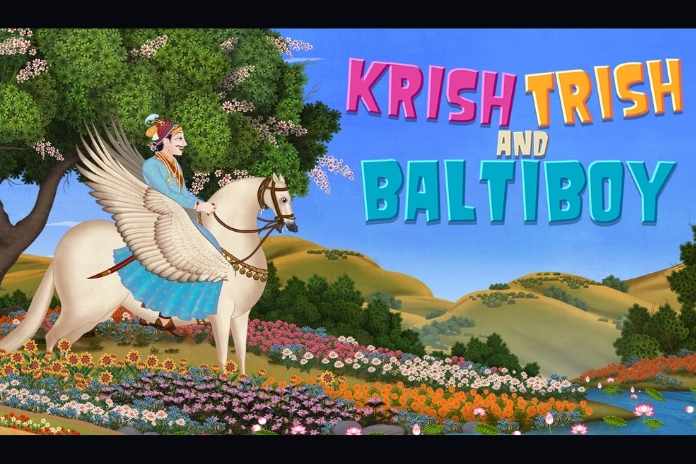 OTT platforms like Netflix are already working with Indian producers to develop original IPs and acquire content which have strong Indian connect. Graphiti’s shows Krish, Trish and Baltiboy and Yom have been acquired by Netflix and released not just in English but also in Chinese, Korean, Turkish and Polish language.

Why should we partner with Indian Animation Studios? That’s the most obvious question many
international producers interested in partnering with Indian studios would ask themselves. Indian
animation studios have already established their credentials as a strong production partner with
proven track record, but there is a lot more to Indian animation industry then just cost arbitrage.
Let’s scratch the surface and look closely at some of the other factors that underscore Indian
animation studios as a very strong partner to develop and co-produce original IPs.

Animation in India started with the first Indian animated short film, Aagkadyanchi Mouj (Matchstick’s Fun), produced in 1915 by Dadasaheb Phalke! This was barely two years after he produced India’s first feature film in 1913, Raja Harishchandra. Phalke is considered as the Father of Indian Cinema.

Origin of animation in India can be traced further back as far as 5th century BC where scroll paintings and later shadow puppets were used to narrate stories. In fact, in the ancient times
storytelling was a well-established profession. India has a very rich literature with thousands of stories, mythologies and epics beyond the Mahabharata and Ramayana. Apart from stories, there are hundreds of rich and diverse schools of paintings, graphics folk arts and even varied puppet styles as well. Stories and art are in the DNA of Indian artist.

At India’s premiere animation studio Graphiti, we are passionate about our rich artistic heritage.
We decided very early to tap into our rich heritage to develop our own shows-our IP. We chose to bring alive the world of colour, art and stories through our unique movie series Krish, Trish and
Baltiboy, recipient of the Audience Choice Award at 2011’s CMS Children’s Film Festival. Our 40+
million viewers on Cartoon Network India just love the show.

India has a very rich mythology with well renowned epics like Mahabharata and Ramayana. The challenge with these epics is that they have a religious context which may not have a global appeal as buyers refrain from buying kids’ content with any religious tones. The key is to filter that out, develop fun characters and engaging stories with a lot of playfulness, drama and some intrigue and create something fresh which the global audience can enjoy even without having any cultural context.

In 2009, Cartoon Network shorts program SNAPTOONS cherry picked three Indian studios—Miditech, Famous and Graphiti—to co-develop three shows: Sulochana and Nature Detectives, Johnny Goes to Bollywood and Kul Veera. The shorts produced were then screened across all the Cartoon Network Channels in Asia Pacific to gauge the audience reaction. Graphiti’s Kul Veera was the top rated shorts out of the 15 shorts produced by various studios of APAC. Kul Veera is a gripping fast paced, original story with characters from the Mahabharata and some new ones as well. The action, the choreography, the 3D animation is fabulous and featured great performancesas well, it is tightly scripted and has a global appeal.Kul Veera was packaged for the
international market, it featured top voice talent from Hollwood including Mark Hamill (Luke
Skywalker in Star Wars: The Last Jedi).

Yoga is India’s biggest gift to the world and a global trend, and yet it still not been explored enough in the kids’ space. So Graphiti tapped into Yoga and gave it a unique superhero spin to
create Yom. Yom follows the adventures of a brash young boy who gets animal-based superpowers by performing…yoga poses. Yom was developed in close association with Disney and was released on Disney Channel India in 2018, garnering high ratings and critical acclaim.

OTT platforms like Netflix are already working with Indian producers to develop original IPs and
acquire content which have strong Indian connect.

Graphiti’s shows Krish, Trish and Baltiboy and Yom have been acquired by Netflix and released not just in English but also in Chinese, Korean, Turkish and Polish language. This clearly shows that these shows are being also served to a global audience and not just English language audience.

Some of the Indian studios have been producing high-end animated TV commercials for global
brands such as Kellogg’s, Pepsi, Coke, Pillsbury Doughboy and Cheetos. Veteran American
producer Joanna Ferrone, creator of iconic characters such as Angela Anaconda and Fido Dido, partnered with Graphiti to give Fido a contemporary make over. We worked closely to re-imagine Fido as a 3D character and produce a series of shorts—Fido Xtreme Shorts. This rejuvenated the brand and boosted the character licensing of Fido.

The domestic Indian market is massive and growing rapidly. Even the licensing market in India is growing rapidly as expendable income is increasing across the spectrum of the population. The Government is now working closely with the animation, VFX and the gaming industry, and is planning various schemes such as co-production funds, signing co-production treaties and
launching a public kids broadcasting channel. All these factors will benefit any co-production that
is done with Indian Studios.

Studios like Technicolor have already setup captive facilities to tap into the Indian talent pool. Indian studios growing breed of talented artists, animators, directors, writers, designers and storytellers are exploring the plethora of unique Indian art, culture and stories, this certainly makes the future of Indian animation and storytelling even brighter. This is what the international producers needs to and partner with Indian studios and develop original IP for the global market.