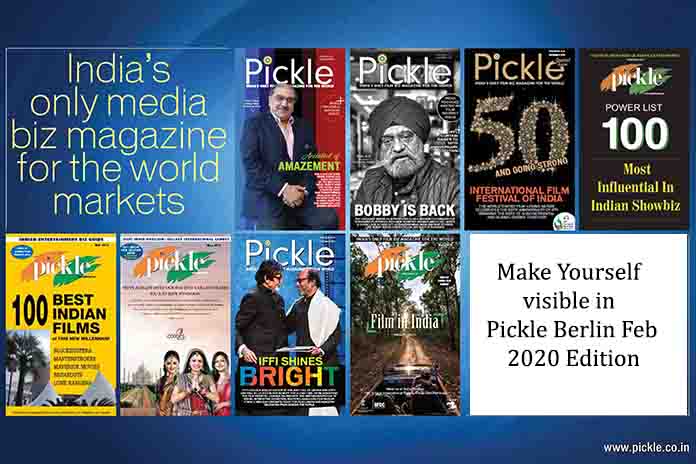 For the 13th consequtive year, Pickle — India’s only film biz magazine for the world — will be brinng out an India focused Berlinale issue. Pickle Berlin International Film Festival 2020 issue will be spread at the European Film Market (February 20-27, 2020) for the whole period of the market.

Pickle has partnership with Euroepan Film Market and they will be distributing Pickle in trade bins at the market venues with other leading trades.

Pickle India focused Berlin edition will focus on India’s strengths in film industry, Indian films at Berlinale, content buys from India, film location hotspots across India and interview, thought leader columns. The Pickle Berlin edition will have a special feature focus on the might of India’s in global VFX landscape and studios/companies leading in this space. There will also be a special section on Top 50 film locales of India. For more details mail pickle@pickle.co.in or Call/Whatsapp 91 9884562227 if you have any questions related to Berlin edition.

Over a period of eight days European Film Market bring together around 10,000 representatives of the international film and media industries – primarily producers, buyers and sales agents, distributors and financiers – come together to network, exchange, inform themselves and do business.

The editorial focus is to spread the strengths of the Indian film industry and connect to global peers. Pickle reach out to audio visual companies in over 50 countries; Targeted global buyers and distributors; Film Festivals and markets; scout locales and service providers, Animation, VFX, VR, production companies; Global companies looking at offshoring from India; Co-production seekers and location service providers. 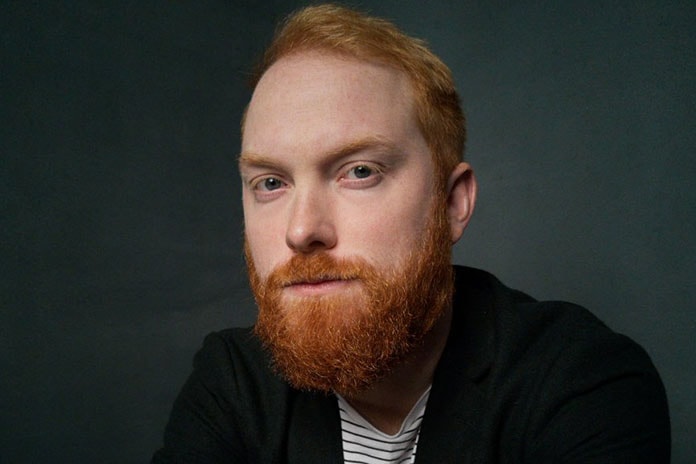 Geoff Macnaughton is the New TIFF Director of Industry Programme

Cameron Bailey, Artistic Director and Co-Head of Toronto International Film Festival (TIFF) has announced Geoff Macnaughton as TIFF’s Director of Industry. Macnaughton will oversee the organization’s industry programming and talent development initiatives, as well as industry-related sales and services. He will continue to act as Lead Programmer of Primetime, the Toronto International Film Festival’s programme highlighting the best in international television series.

Macnaughton has been with the organization for 12 years, as a Senior Manager on both the Industry and Festival Programming teams. His balance of artistic vision and business acumen has allowed him to build strong and strategic relationships with partners, including distributors, sales agents, producers, and promotional agencies, both local and international.

“Geoff worked his way up on TIFF’s Industry team, winning the trust of buyers, sellers and creators as he helped grow our reach and impact every year,” said Cameron Bailey. “He brings a wealth of experience to his new position as Director of Industry, and recently adding Festival programming to his portfolio has expanded his expertise and network. We’re looking forward to delivering the very best in Industry services, sales and programming under Geoff’s new leadership.”

“I am extremely excited for this opportunity to help shape what TIFF offers to the local and international industry,” said Macnaughton. “The film and television landscape is constantly changing, and it’s important for us to be mindful of these developments in order to provide meaningful business, talent development, and networking opportunities for all.”