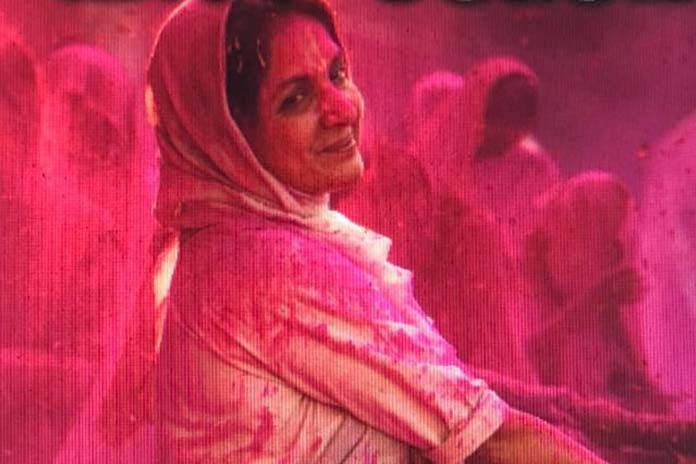 Michelin-starred chef Vikas Khanna, 46, has had the entire world – from heads of state and royalty to the poorest of poor children – eating off his palm for years. He is now poised to register a hat-trick of sorts in Cannes, where film, not food, is the prime attraction. Khanna will be at the glitzy film festival for the third year in succession to serve up a sampling of his maiden feature film, The Last Color, which is based on his own boo of the same name.

A teaser of the film will be unveiled on the sidelines of the 71st Cannes Film Festival. Featuring Neena Gupta in the lead role, The Last Color is inspired by a real-life incident. The film is scheduled for release by the end of 2018.
Khanna premiered his documentary Kitchens of Gratitude in Cannes festival’s Marche du Film in 2016. The film explores religious faiths through the lens of food, with a simple message of peace and harmony. In 2017, the celebrated chef and activist was back in the French Riviera town to unveil the trailer of Buried Seeds, which blurred the line between fact and fiction to narrate his life’s journey from the small town of Amritsar to the rough and tumble of New York City, where the chef lives and works.

Buried Seeds was conceptualized and directed by filmmaker-photographer-visual artist Andrei Severny. The film went on to screen at the Venice Film Festival that year. “(Vikas) Khanna contains within him two different worlds. His story, like mine, straddles two disparate cultures. I also relate to his struggle to make it big in New York, which is one of the toughest cities in the world,” Severny, a Russian émigré, had said about his association with the globally feted chef in Cannes last year.

Khanna’s story is indeed hugely fascinating. He learnt the art and craft of cooking from his grandmother who he would accompany to the Golden Temple, Amritsar and be by her side as she worked in the langar. He soon started preparing rotis alongside her. He was only 17 when he set up his own catering business. He later learnt the ropes from renowned chefs across the globe.

In addition to being a highly regarded chef, Khanna is a writer, poet and television show host who devotes time to causes that he holds dear. That apart, in association with the Welcomgroup Group Graduate School of Hotel Administration, his alma mater, he has set up the world’s first Museum of Kitchen Arts, where he showcases the history and diversity of India’s culinary traditions. We will be watching with keen interest: will The Last Color taste as good as his food?

Set up in 1992 in Varanasi, The Last Color is a story of promises, friendship, revolution and the victory of human spirit.

A flower-seller and a ropewalker Choti makes friends with a widow Noor, who encourages her a face life with education and fight for her rights with dignity.

In a sequence of conversations Noor discloses Choti that her fondest memory was playing Holi like Radha and her love for pink color. Due to some unfortunate events Noor is killed on Holi eve and Choti is imprisoned at the same time. But Choti escapes the prison just to keep her promise and risks her life amidst walking on a rope to sprinkle the last color on the passing Noor’s pyre.

20 years later (2012) the story unfolds that Choti grew up with a dream to become a very successful lawyer and with the help of Honorable Supreme Court orders of India makes the widows to play Holi, adding spring and color into their lives.