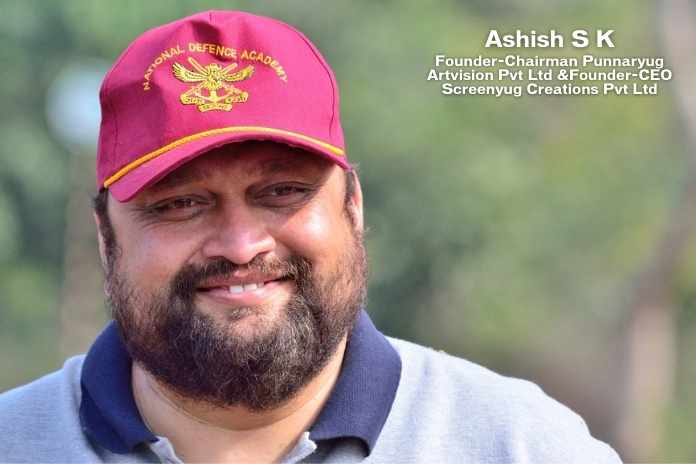 One of the most important considerations while communicating with a large section of nation’s population, especially kids, is to look within while looking forward.

The communication patterns that are trusted upon at that tender age play a critical role in shaping their future. In thins digital era kids are exposed to all sorts of information from across the globe. Thus, the responsibility of the creative content creators and programming directors is to ensure that a balanced content is fed particularly to this category of audiences.

As efforts are made to develop the future generations into truly global citizens, the understanding of the regional heritage, culture, history and stories is also extremely important.

Animation story telling in India is skewed towards kids’ genre. Hence we have a limitation in many ways. It all started through television as a medium in mid-nineties. Most of the content creators then understood live action creations. India as a dominant live action country with over 100 years of cinema history took little time to understand the grammar of animation story telling. However, animation story telling being a long drawn creation process requires patience, which was hard to find back then as television medium was growing at a rapid speed after liberalisation process was rolled out in early 1990s. Therefore, the global content took a strong position in this segment and the kids in India were found growing up on all sorts of foreign kids’ animation content.

This was followed by an era when foreign animation content was getting dubbed in local Indian languages, which was marked by a growth in viewership as kids gradually started understanding the stories with a little more clarity.

It was almost after a decade that this era ended when few Indian animation creators took a plunge to create original Indian IPs, a step replete with risks. But when the television programming teams decided to air these shows, the viewership went through the roof. It provided the impetus for the kids’ category to grow multi-fold, and the percentage viewership of kids gained a bigger pie in the total viewership universe.

However, at this stage the supporting eco-system for character licensing, merchandising, brand associations, character events and school contact programs was absent in India. It was against this backdrop that the creators of Chotta Bheem took a bold step to self-distribute the content internationally; create own character licensing and merchandising; forge brand associations; organise character events; open Chotta Bheem stores at airports, events and malls, etc. The creators went on to produce and successfully release a series of theatrical animated feature film in the last six years. Eventually, Chotta Bheem emerged as the biggest animated character brand out of India.

We have many shows produced under the coproductions, but the positioning of Indian studios was way lower in the value-chain as India was initially positioned as the animation production services destination. Hence it sometimes became very difficult for the Indian original animation IP’s / ideas to move up and become the co-productions. It was always the ideas or IPs originating from other countries that were translated into the co-production shows. Nevertheless Indian animation studios did not give up. Some of the global IPs co-produced by the Indian studios include Jungle Book, Peter Pan, Davincibles, Casper, The Little Princes, Animated World Tales etc.

Since 2011-2012, few Indian animation studios focused on co-productions of international
animated feature films. However, they have succeeded in setting up world-class 3D character
animation pipelines and are delivering international features through co-productions
continuously. Some of these theatrical features and DVD shows include Iron Man, Norm Of the
North series, The Swan Princes Series, ALpha and Omega, Artic Dogs, Blinky Bill, Little NICK,
Robin Hood, etc.

While all the stakeholders recognise that creating the original Indian animation IPs is the way to go forward, the sole dependency on the television network is making it difficult for a self-sustaining business module to run as the cost of production made available is very low. Although the percentage of kids’ universe is very large in terms of total viewership base, there is a mismatch in terms of advertising revenues. Hence the pressure on production costs doesn’t allow the creators to enhance the quality of the shows. The frustration of the creators can be gauged by the fact that they are delivering higher quality production values in the outsourcing animation services projects while unable to do it for Indian projects though the talent pool remains the same for both.

The new avenues of creation and monetisation of original Indian animation IPs show a lot of promise in the un-explored areas of pre-school animation content and digital platforms for original animation creations.

While BARC has included the kids’ content from 2 years to 14 years now, the advertising and network marketing teams will require a viewership data break up for 2 to 5 years, 6 to 10 years, and 11 to 14 years separately, as the content subject interests are fast changing in kids as they are growing up this age profiles.

Presently, the pre-school category has substantial viewership base but no advertising revenues.
Hence we do not get shows green lit in pre-school animation. This is a very high potential content creation growth area for near future.

Secondly, so far we have seen only one big success for an Indian original animation created for a well known digital platform, i.e. Might Little Bheem.

The second example of success of the re-run of the original Indian animation content for television, but now placed on a famous international digital content platform dubbed in several languages doing well is Krish, Trish and Baltiboy.

Few steps that will further consolidate promising growth of the original animation IP’s will be as follows:

The original Indian animation characters are in a nascent stage and require a right attention as 27% population of India is between 0 to 14 years of age. The highest loyalty and stickiness for the television network or an animation character brand is displayed by this age profile. More over the kids who were born in India in 90’s and 2000, who grew up watching animation content, will soon become parents.

That gives a great opportunity to Indian original animation content creators to widen the animation viewers’ genre from kids to family in next 5 to 10 years. Hence the potential to take the original Indian animation creation to the global heights is certain.