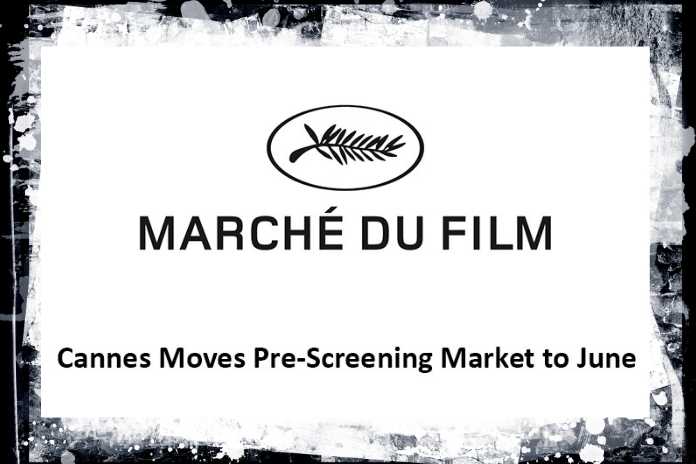 With the Covid-19 pandemic changing things across the world, everyone is thinking novel methods backed by technology to keep the show going. There is one such innovation by the organisers of Marché

Due to the unusually long delay between the EFM in Berlin and the Marché du Film in Cannes (6-15 July), many international sales agents have expressed the need for an intermediate event in the spring, which will allow them to do business and to network virtually, while awaiting the big rendez-vous in July when the film industry will meet up again in large numbers.

Hence, the Marché du Film is organizing the “Pre-Cannes Screenings”, four days of online screenings, end of May, on a platform that will exclusively offer virtual booths for sales companies and screening rooms in streaming.

This is being done as producers, sales agents, and distributors were pushing for an earlier market. They wanted it to secure financing for projects they can shoot in the summer or, for finished films, to allow time for a theatrical release in early summer by when, it is hoped, cinemas in most regions will again be open after coronavirus shutdowns.

Many independent distributors expect a window of opportunity in the early summer after theaters re-open but before the competitive onslaught of big projects, many of which have been pushed back to the later months to accommodate later cinema openings in the United States.

Access to the pre-Cannes platform will be strictly reserved to buyers already registered with the Marché du Film (either with an online or an onsite accreditation) and this at no extra cost.