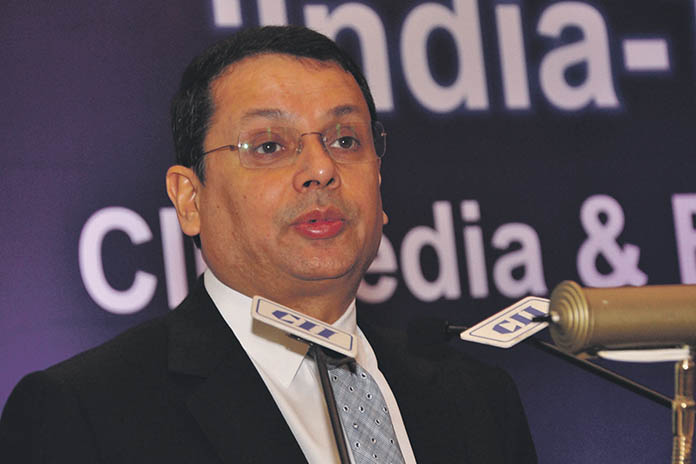 The Indian M&E industry, at the current growth rate, will still take 15 years to get to 100 billion dollars, said Star India CEO Uday Shankar, at the CII BIG PICTURE SUMMIT 2012.

(Uday Shankar is currently , president of Walt Disney Company APAC and chairman, Star & Disney India. He will step down from this current position on December 31)

It is one of those rare occasions where the whole industry has come together to look at the big picture. What is even more important is not only that we trying to paint a big picture, but we are also trying to paint a bold picture because of the tangible goal that the industry has set for itself: ‘A 100 billion dollar media and entertainment industry’. Let’s see where we are and how difficult it is to get there.

We are a 15 billion dollar industry today, which includes television, films print, radio, digital media – growing at around 14 or 15 per cent a year. This, by some accounts has been impressive – benefiting immensely from the tailwinds of GDP growth of the last decade.

At this rate, we will still take 15 years to get to 100 billion dollars. Obviously we want to get there much faster. The question is: Why and how do we do that?

The benefits of pursuing this dream are obvious to the industry– larger size should lead to bigger profits, bigger share holding value and more wealth. It is easy for the industry to get motivated about the goal.

Today, at $15 billion as an industry, we are about half the size of Google – a 10-year-old company ($26 billion revenues) Let’s not even go that far: if the entire Indian media industry was a company, it would rank 7th or 8th in India!

Media and industry is a globally growing industry – but our participation in that eco-system is zero and India is hardly factored into the global thought process of technology or content.
In the late 90s – when I first went to IBC in Amsterdam I remember that the first thought that struck me as a young television professional was the complete lack of attention for Indian visitors.

No matter how early you made the appointment – the people one got to meet were hardly ever the most senior people. They showed little patience or enthusiasm. I notice how – 15 years later, because India is now a fast growing market, there is a clear shift in their focus. I do not frequent the IBC – however, with striking regularity I get invitations from technology and product vendors.

However, it still has not changed as much as it should. Media Technology is still not developed keeping India in mind. They are still not keen on developing products for the country, which is not the deal with China or the United States for example.

Similarly, even in programming – Hollywood studios are keen to sell to India. However, because it is not meaningful in size – there is no customization in any aspect: sales, product contracts or content – to suit the needs of the Indian buyer. Not being able to sell to India has no material impact on their top lines. As a result, we are not able to fully exploit the potential of that content. Taking this argument a bit further – Hollywood content is sold in two categories as premium and basic. That classification in India does not work.

But explaining it to them continues to be a struggle and there is no third bucket for the Indian consumer. Not having the scale does not give us a top seat at the table – our ability to manoeuvre business discussions the way we would like to is severely constrained. The question naturally follows: How do we achieve this scale?

To start with – we are drunk on our own volumes: largest number of newspapers in circulation, largest number of television viewers at 400 million, 100 million digital consumers. Digital in particular – is an indictment of our creative and strategic limitations – we have 600 million mobile screens and yet we do not have a unique content proposition for the medium.

So, our ability to convert that into corresponding value is disappointing – of course some of that value will come through economic growth but there is nothing that stops us from creating more value out of our volume today.

And do remember, even at these volumes our reach as a percentage of population is not spectacular: we still have 100 million households with no television, their time spent on it is abysmally low when compared to global standards, 350 million people read the newspaper – but that tells how many do not read!

Scale brings with it not only value but also greater reach. One place to look for scale is to gaze outside India. Our friends in the pharma sector have shown how this possible: 50 per cent of the pharma sector revenues come from outside of India. These are from developed markets like US, developing ones like Brazil and newer markets like Africa.

Our media and entertainment industry serves – what is arguably the world’s toughest media market: catering to a diverse culture, language, value systems and sophistication of tastes. If a pan-Indian broadcaster acquires the expertise to speak to an audience in over 5 or 6 languages, why should it not allow us to go beyond the Indian Diaspora?

However, whether it catering to an audience beyond Indians or just scaling for the domestic market – we all know that it is not that simple.

In television for example we will need lot more content and will come not only by scaling production but a fundamental transformation of the eco-system – resources, talent etc: all have to evolve dramatically. For example – the production infrastructure in Mumbai studio space, access to talent is creaking and is unable to keep pace with the demand. However, it is not a problem that the industry can solve in isolation – it requires intervention from municipal corporations, State government, Central government and perhaps even the initiative and support from other states.

Similarly, look at distribution – for years this industry has reeled under the impact of analogue. Finally the needle has moved when the government understood the needs for digitalization and passed an act to enforce this. Again – we are seeing how important it is for all state Governments to actively participate in this endeavour. The nature of the business is such that it is wide-spread and far-reaching in its relevance and impact.

For all of this to happen, the entire society – whose interest the government is supposed to represent must help us in this.

Usually, it is easy to make the case to the Government and the Politicians when the benefits to society are clear and immediate. However, if the benefits accrue over the long-term and inflict short-term pain – I am one of those who believe that this is a struggle to get them behind us. So it is even more critical for us to establish a clear case for a 100 billion dollar M&E industry.

Two of the goals that all establishments are worried about are financial resources and jobs. The sheer scale of a $100 billion dollars can generate over 15 billion dollars in taxes (assumption: 15 per cent EBIT; 30 per cent tax rate). Let us look at what that means: it is more than half the current allocation for NREGA (8 billion). The Government has passed the Right to Education act and as part of that efforts on Sarva Siksha Abhayan have been scaled up.

At 100 billion dollars our tax revenues would have been able to fund the entire budget of Sarva Siksha Abhayan (5 billion) or the National Rural Health Mission (6 billion).Perhaps, outside the I&B ministry, the media and entertainment sector is not taken seriously in the economic agenda of the nation. In the best of times it is seen a vehicle of glitz and glamour and most of the times as a source of irritation. At 100 billion dollars the significance of the industry will be difficult to ignore or undermine.

The other big benefit will be in driving employment. For example, today we directly employ at least 80 people when we do a drama on Star Plus and obviously this can be much higher depending on the scale of the show. This is just direct employment – you can imagine the number of people directly and indirectly that can be employed by the M&E industry.

The beauty of the Media and Entertainment is that it does not place massive demands on technical and educational infrastructure. Most of us are born with the creative skills and this can be honed with marginal investment. This is quite unlike creating a pool of doctors, engineers and software programmers.

We all know about the college drop-outs who have gone on to create enduring businesses – be it Microsoft or Facebook. While maybe not at that scale, the number of drop-outs who get embraced by the M&E industry and go on to be successful is a story waiting to be told. So, whether it is the industry or society this is a goal worth pursuing. Before we embark on this journey – we need to achieve clarity of vision and consensus on that clarity. Until that clarity comes in we will not have the commitment to pursue it. 100 billion dollars is a dream, but it is certainly one worth living for. 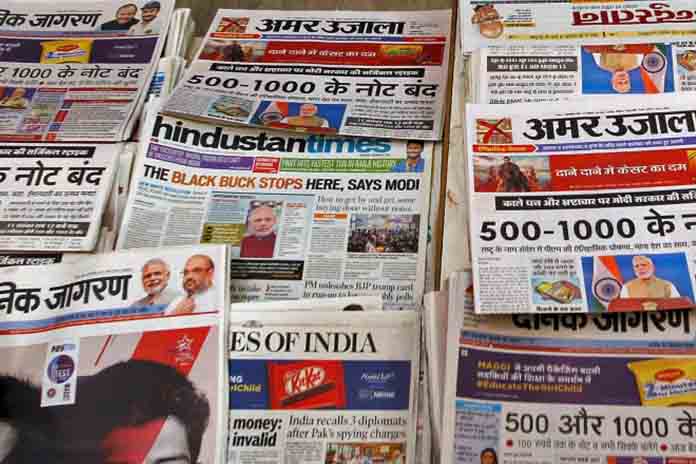