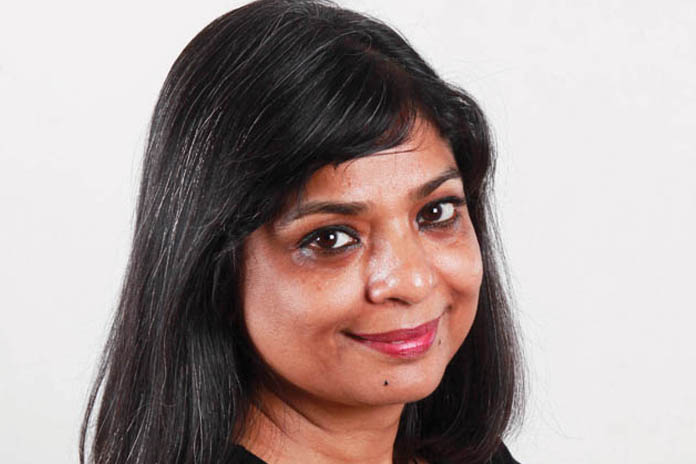 50 FILMS That Changed Bollywood — As Shubhra saw it…

In ‘50 Films That Changed Bollywood, 1995– 2015’, Shubhra Gupta throws light on movies that redefined things in Hindi cinema. From DDLJ and Rangeela to Satya and Dev D to Queen and Bajrangi Bhaijaan, she offers a fascinating glimpse into how these films spoke to their viewers and how the viewers reacted to them.  Shubhra Gupta, as film critic with The Indian Express, has been reviewing movies for more than two decades. She is witness to many changes in the industry and experienced the transition first-hand

Every week you have been religiously watching two to three new Hindi movies for over two decades. How tough is to reduce list to “50 Films That Changed Bollywood”?

It seemed like a near impossible task when I sat down to it, because I’ve lost count of the number of films I’ve watched over these decades.

To prune thousands of films over twenty years wasn’t so hard because obviously there is much more dross as compared to the gold.

To get it down from 100 to 50 was extremely difficult, because there were many worthy films which we could have included if the number was doubled.

But I had to stick to the mandated number, sigh.

The add on ‘Game Changer’ section in your book after every review is commendable and has effectively captured the mind of the filmmaker as well as the viewers. What makes a film into the game changer listing?

When a film becomes so influential that its impact is felt over the years, or is instrumental in changing the narrative of not just future movies, but the film industry (after DDLJ, for example, it was impossible to make romances any other way), it becomes iconic. Or it could be a film which catches the zeitgeist just by virtue of coming out at the time it did, perfectly reflecting its times.

Those are the films which I’ve chosen : They are all game changers in their own way.

Bollywood is viewed in various shades across the world and it has become a phenomenon. Bollywood is not Indian cinema — What is Bollywood to you?

Post 1995, Hindi cinema morphed into the creature that is Bollywood today, reaching out not just to those who live in the country and its faithful fans, but to movie-goers around the world.

These movies made primarily in Mumbai ( formerly Bombay) speak to many more people globally. Some of them have broken out of the strictly NRI ( non-resident Indians) audiences which used to be their target : with the success of a film like `The Lunchbox’, for example, the idea of Bollywood has taken a giant global leap– that it is not only song-and-danceand- drama, that it can tell universal tales with economy.

As a passionate film reviewer how do you view yourselves… as a fan of Bollywood or a critic?

I think someone who has been a film critic for a reasonable length of time– and I have done this for over twenty years consistently without a break– has to really love what they do. I’m not sure if I’d call myself a fan, because that word connotes a non-critical view. I try and watch as many films as I possibly can, and appreciate all good cinema, whether it is Bollywood, Hollywood or from any other part of the world.

The difference is, Bollywood is mine!

I think the last twenty years have seen rapid changes through the country, some of which have been reflected  in meaningful mainstream Bollywood cinema. Sometimes we can understand change better if it is shown through the prism of popular culture, and certainly cinema is a great tool in this respect.

The changes have been even more fast-paced in the last five years, with story-telling, styles, and treatment shifting according to audience preference.

And this is a young, impatient audience, with so many demands on their time and attention. If you don’t grab them fast, they are gone.And they stay gone.

Bollywood, like all other art forms, is trying to stay relevant to this growing younger audience across India and the world.

I have mentioned several movies that came out in 2016 through the course of the book, because the book came out almost at the end of last year . I’ll let them come as a surprise for readers!

Why do film critics appreciate artistic films more than mainstream commercial films? This is common across the world?

Hmm, I’m not sure if that can be an acrossthe- board assessment of what film critics do. As ‘critics’ we are geared to watch and appreciate all kinds of cinema, and we train ourselves to do much of the heavy-lifting a really ‘different’ film demands, which will not serve you its wares in easy-to-digest morsels.

But that’s not to say that I, and I can only talk of myself here, do not enjoy a full-on, full-blown mainstream movie. All I want is that it should be well made, and should talk to me.

I like any film which connects with me, whether it is mainstream or arthouse.

You have not only been reviewing for over two decades, but managed to review continuously for Indian Express? How enjoyable is reviewing?

I love it. Wouldn’t swap lives with anyone. It’s challenging, frustrating, and at the same time, very rewarding!

FROM THE PUBLISHER :WHAT IS IT ABOUT?

The book provides a snapshot of the way Hindi cinema has progressed in the last 20 years, the years when Hindi cinema actually became Bollywood. It was necessary to document that progress as these two decades have wrought the kind of social, political, economic changes in the country not seen probably in the previous 50. And who better to document that than Shubhra Gupta, arguably India’s best film critic and journalist. The original reviews provide context and also a lookback at Shubhra’s take on a film at the time. And through the game changer section, we get a view of the connects between the films that make them symbolic of the journey Bollywood has made. The book is an important document of contemporary Hindi cinema, which has influenced and been influenced by social/economic changes during the period.