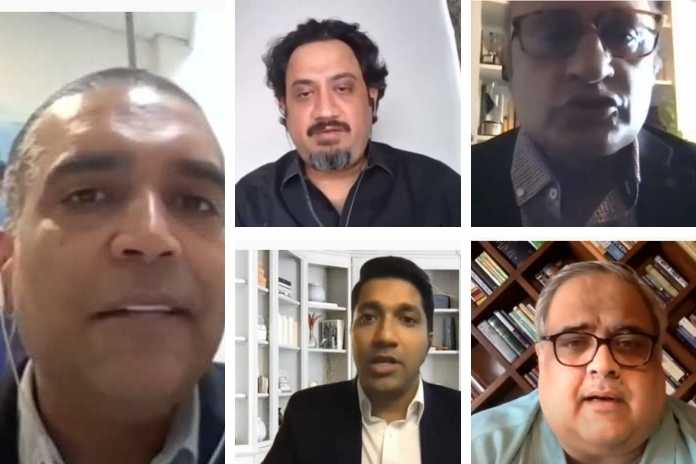 Include Digital Space in Copyright Act

There has been a consensus among panel members to completely overhaul the Indian Copyright Act and make it contemporary to modern times and look at changing dynamics by embracing emerging digital ecosystem in the new provisions.

Titled ‘Digital India Copyright Act – Redefining the Future of Creative Works’, the panelists at the Fast Track Digital Series delved deep into the various aspects of the Copyright Act of 1957.

Moderating the session, Trevor Fernandes, Vice President, Govt. Affairs – Asia Pacific, MPA, emphasised the need to protect the intellectual property rights. Fernandes maintained that while revisiting an Act that was last reviewed in 2012 was justified, he cautioned that 2020 was not the time to rush changes without very careful deliberation and policy calibration.

“I think the Copyright Act needs to be overhauled in a substantive and significant manner. Starting off with the digital space, I’d like to see it written in simple language and have non ambiguous clauses and provisions, which make it easier,” said Ameet Datta, Partner – Sai Krishna Associates. “We should include modalities to fight digital piracy.”

Anil Lale, General Counsel, Viacom18, added that piracy needs to be tackled more stringently. “Pirates have no face and territorial boundaries because of the digital space that we are in,” stated Anil Lale.

Ritesh Khosla, Deputy General Counsel, Sony Pictures Networks India said piracy should be redefined in the new Copyright Act. “Piracy is at an industrial scale and it is eating legitimate revenues of the government. It is an economic offense,” Khosla stated.

Talking about the efforts of MPA and the Alliance for Creativity and Entertainment (ACE), Uday Singh, MD, MPA India, said, “The MPA and ACE has been set up as an answer to this multi-jurisdictional and shapeshifting problem. Multiple jurisdictions have tried to put voluntary measures in place and what we have been able to achieve with the Telegram Monitoring Project (TMP) is a very good step in that direction.”

Panelists also debated on ownership of copyrightable works created by artificial intelligence and machine learning. They called for an international convention for a global consensus on this subject.

Copyright is not a state or a national phenomenon. If a copyright is created, it will only be valid if the whole world gives it that protection