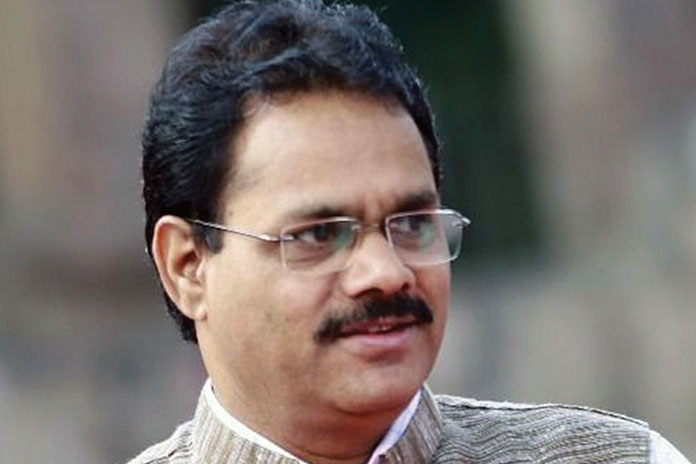 Under the dynamic and visionary Chief Minister K Chandra Sekhar Rao, Telangana is leaving no stone unturned to make the State a popular film making destination of the world, here are the excerpts from an interview with B. Venkatesham, Tourism Secretary, Government of Telangana

The state of Telangana has some of the most beautiful film shooting locations. Tell us how film-friendly is the state for domestic and global filmmakers?
Telangana state is a place of rich heritage and historically Hyderabad state was ruled by Kakatiyas, Qutub Shahis and Nijam dynasties. Hyderabad city has more than 1,000 years of continuous living history ranging from the walled city of Old Hyderabad to Modern Hyderabad. There are Faluknama Palace, Golconda Fort, Charminar and Qutub Shahi tombs along with beautiful valleys and waterfalls spread across the state.
Many eminent filmmakers have on record highlighted the immense help they have been extended by the Telangana Government and its people while they shot their movies. The fact is that filmmaking is one of the most strenuous activities requiring a secure environment for filmmakers. We have always striven to ensure that and will continue to do so.

What steps are being taken by the government to bring global filmmakers and production houses to the film locales in the state?
A new government has been formed in Telangana State headed by the dynamic and visionary Chief Minister K Chandra Sekhar Rao. Under his leadership, Telangana Tourism and a dedicated nodal agency, Telangana State Film Development Corporation, have been formed for facilitating film shootings in the state. These agencies are working on various film-friendly policies in order to bring global and Indian film makers to discover the beauty of Indian stories, locations, art, culture and heritage.

What according to you are the advantages of getting a film shot in Telangana? What’s the infrastructure available for filmmakers here?
Hyderabad is a world-class film production centre offering award winning talent, both in front of and behind the camera. Leading edge post-production work, animation and special effect capabilities, stunning film making locations, state-of-the-art studio facilities along with comprehensive support services that deliver a seamless production experience from start to finish are available. The best example is the world renowned Ramoji Film City. It is acclaimed internationally and serves hundreds of films every year.

Does the state government offer sops like accommodation for crew to filmmakers during a film shooting?
Hyderabad is well connected with the rest of the world by an international airport and all the tourist destinations are well connected by rails and roads. The Telangana Tourism department also runs a hotel chain called Haritha Hotels. Their presence is spread across the state and located almost in all the tourist places. These hotels have qualified personnel and star facilities, providing accommodation, catering food and other amenities. Haritha Hotels has a website with all the required information and accommodation can be booked online. The Tourism department gives a rebate of about 30% on project basis. So film makers can book hotels in advance as per their filming schedules.

The Government of India has set up a Film Facilitation Office (FFO) for seamless single window clearance. Do you have any such single window clearance system in place to facilitate film shooting in the State?
To encourage film shooting in the State, Telangana Government is formulating a robust film tourism policy which includes a single window clearances for necessary permissions and logistic and administration assistance.
The specialty of the policy is that Telangana State Film Development Corporation will accept the application from filmmakers and process their application for shootings by pursuing the matter with various departments and issuing clearances within 7 days. If not done in the prescribed time frame, the applicants could take all permissions as deemed to have been given on the eighth day and could start shooting.

Do you have a redressal mechanism in place for film producers to contact when they face problems during a film shoot? Who is the first person to call in Telangana if someone wants to shoot?
We will be happy to assist filmmakers through the course of shooting and would try and eliminate any problem or difficulties. Telangana State Film Development Corporation (TSFDC) has appointed a nodal officer to understand the concerns and needs of filmmakers through the various stages of filmmaking and the permission process. Filmmaker can also reach the Executive Director of TSFDC for any query.

What other initiatives do you have for the creative industry and filmmakers to engage them?
The Telangana Tourism department is inviting filmmakers and producers across the globe to take part in the massive state wide “Fam-Tours” to get acquainted with the State and film locations.
These Fam-Tours campaign to build Brand Telangana and tell its beauty across all media platforms. We are also radically improving infrastructure across the state to make it them beautiful and functional for film makers.

Will you be forthcoming if any of the foreign film producers want to project Telangana as a backdrop for a feature film?
We are committed to creating great cinema. We aspire to become a part of the international filmmaking community which will be proud to see more of Telangana and our people in international cinema.