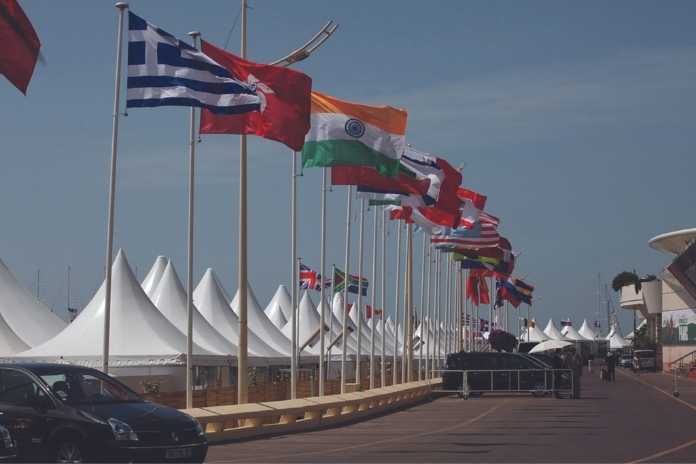 The Virtual India Pavilion at Marche Du Film provides Indian delegates with an opportunity to meet and conduct business with leading members of the international film fraternity thus creating a global footprint for Indian Cinema. This is a one point contact for Indians at Cannes. The interactive sessions at the India Pavilion are the sought after ones. The Ministry of Information & Broadcasting, in partnership with FICCI, is organising the India Pavilion.

The objective behind India’s participation at Cannes Film Market is to promote Indian films across linguistic, cultural and regional diversity so as to forge an increasing number of international partnerships in the realms of distribution, production, filming in India, script development and technology, thereby accelerating the growth of the film sector in India.

There are close to 100 online delegates from India at Cannes Film Market this year.

The 52nd Edition of IFFI 2021 will take place from November 20-28, 2021. The 9-day cinematic feast will embrace the works of a wide variety of filmmakers across the world with masterclasses and knowledge series. Asia’s oldest event of its kind, IFFI still holds on to its pre-eminent position as a showcase of cinematic excellence. IFFI has remained steadfast in its emphasis on showcasing the diversity of Indian cinema as well as in its commitment to the celebration of excellence across movie making genres.

Film Facilitation Office (FFO), set up by the Ministry of Information & Broadcasting, acts as a single point of contact for filmmakers to get all the relevant information about India’s film industry ecosystem, and help them navigate through filming guidelines of key Central government Ministries and State governments. http://www.ffo.gov.in

Marathi cinema is the flavour from India at Cannes. Maharashtra Film, Stage and Cultural Development Corporation has supported half-a-dozen Marathi filmmakers to participate virtually at the Cannes Film Market. It has selected two films to represent at the Cannes Film Market – Ananth Narayan Mahadevan’s ‘Bittersweet’, which examines the plight of sugarcane crop workers; and ‘Mee Vasantrao’ which is the biopic of Vasantrao Deshpande directed by Nipun Dharmadhikari.