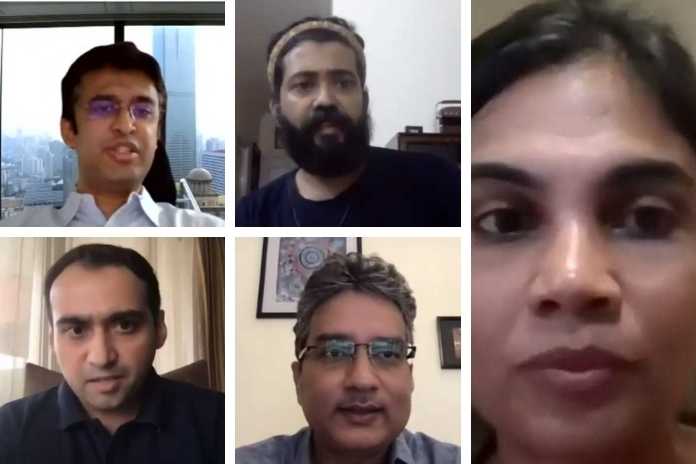 Digital, OTT to Make it Big in India

The future of Indian digital and OTT services are bright. India’s streaming growth prospects are growing at a much higher speed in current times that what it would have taken few years to adapt to.

Moderated by Prashanth Rao, Partner & Leader, Deloitte India, M & E Consulting, content leaders and technology providers in the panel were bullish on digital services growth in nook and corner of the country. The session was titled Content, technology & business models: The future of digital services. This session was organised during Fast Track Digital Series, part of the FICCI Knowledge Series, on the role of the digital economy to revitalize economic growth.

Kranti Gada, Chief Operating Officer, Shemaroo Entertainment Limited reasoned that Covid-19 has fastened digital video adoption and consumption in a big way. “I would really give credit to the OTT players and video platforms for encouraging a very active content system, which is drawing audiences for content to the phone, which is not available on television and other media,” said Kranti Gada.

Kranti predicted that ad revenue on digital for the current year will exceed or come on par with television advertising. The big challenge according to Kranti is find a robust payment ecosystem for the bottom of the pyramid viewers.

Saugata Mukherjee, Head of Original Content – SonyLIV maintained that content will remain the king, however technology will be the kingmaker. “We are very keen to tell stories which are intrinsically Indian. Sony Liv’s Scam 1992 has become a cult story one,” said Saugata.

Vinit added that Brightcove has technologies in the space called context aware encoding, which uses AI and machine learning to optimize the bitrate ladder, depending on the motion in the video, thereby saving around 30 to 50% cost of bandwidth and storage expenses.

Karthik Nagarajan, Head-Content, Wavemaker predicted surge in regional consumption and availability of shows in many Indian languages. “One thing that I foresee happening in OTT in a fairly big way is the availability of content in multiple languages within India. That will change the dynamics of what’s happening in India,” said Karthik Nagarajan.