Prime Minister Narendra Modi on Thursday said that the Indian toy industry has the capacity to bring growth to the neediest segment of the society. Calling it ‘Toyconomy’, he said that the global toy market is about $100 billion and India has only 1.5 per cent of this market. Noting that India’s share in global toy market is only around one-and-a-half billion dollars, Modi advised the country’s gaming and toy industry to play a big role in this sector. Addressing participants of Toycathon-2021 via video conferencing, he said, “Today, we import around 80 per cent of our toys as well. That is, crores of rupees of the country are going out on these. Today, the world wants to understand the present potential of India, the art-culture of India, the society of India in a better way. Our Toys and Gaming Industry can play a big role in this.”

Reliance Jio, together with partners, has tested its 5G solutions in India, successfully demonstrating speeds of over 1 GBPS, and its ‘Made in India’ solution is “globally competitive”, RIL Chairman Mukesh Ambani said on Thursday at AGM. He also exuded confidence that the company will be the first to launch full-fledged 5G services in the country. He announced the launch of JioPhone Next, a fully featured smartphone, that is developed in partnership with Google. “JioPhone Next is one of the most affordable smartphones globally, which has cutting-edge technology,” Ambani said. JioPhone Next will be launched first in India on September 10, and later it will be taken to many other countries.

With the second wave of Covid-19 flattening, producers are busy planning theatrical releases of their movies, as over 50 films are waiting to see the light of the day. Amid fears of a third wave, many producers are lining up offerings as they hope that State governments will lift curbs on operating cinema halls by the middle of July amid a decline in Covid cases. While Akshay Kumar’s Bell Bottom is scheduled for 27 July release, Mohanlal’s Malayalam film Marakkar: Arabikadalinte Simham has confirmed an Independence Day weekend release on 12 August. Three Tamil films- Laabam, Doctor and Border – are looking at an August release. Also, the release of Akshay Kumar’s Sooryavanshi, John Abraham’s Satyameva Jayate 2 and Hollywood film Fast and Furious 9 are also imminent.

Marriage Between Theatres and OTTs?

Though it was feared that the reach of OTT would eventually put an end to theatre-going culture, it is not happening. It is becoming clear that films will need to release in theatres at least for two weeks and leading OTT platforms would want to see audience reaction. This is something similar to old days of movies getting published in print and trades before getting to theatres. Except mid-budget and few independent films, other movies would hit the big screens first, especially with the Covid restrictions being eased. There is also a buzz in the market to have some OTT web series streamed into theatres, as it would feed theatre’s hunger for content.

Microsoft, which recently took its place in the history books as just the second US public company to reach a $2 trillion market value, has launched Windows 11. Chairman Satya Nadella has brought in a real transformation to Microsoft — giving an alternative to Google and Apple with Windows Store. Windows App Store will enable software developers to use their own in-app payment system and no commission to Microsoft. This will also let users run it in Android Mobile Application, Laptops and desktop PCs.

Nearly a year after NBCUniversal launched Peacock, the streaming service is now coming to Amazon’s Fire TV set-tops and Fire tablets. As per an agreement between NBCU and Amazon, Peacock was launched on the Amazon devices in the US starting Thursday, June 24. In addition, the two companies reached a distribution agreement for NBCU’s 15 network apps for Amazon Fire TV and Fire tablet devices including NBC, Bravo, NBC News, NBC Sports and Telemundo. The Peacock pact for Amazon’s family of devices comes just a month before the start of the Tokyo Summer Olympics, for which NBCU holds the US. media rights.

Former chief executive officer at video streaming platform ZEE5 Tarun Katial and former head of content and communication at The Walt Disney Co. for APAC (Asia and Pacific region) in Hong Kong Keertan Adyanthaya have joined forces to launch Serendipity Media Technology, an AI (Artificial Intelligence) powered platform for writers, producers and entertainment companies. The service will help writers with insights and tips on how to make their scrips better besides providing them timelines of topical events that could make for interesting stories and the characters that could feature in them. At a later stage, the platform will also have critics on board that will evaluate and rate scripts sent in by writers and production houses. 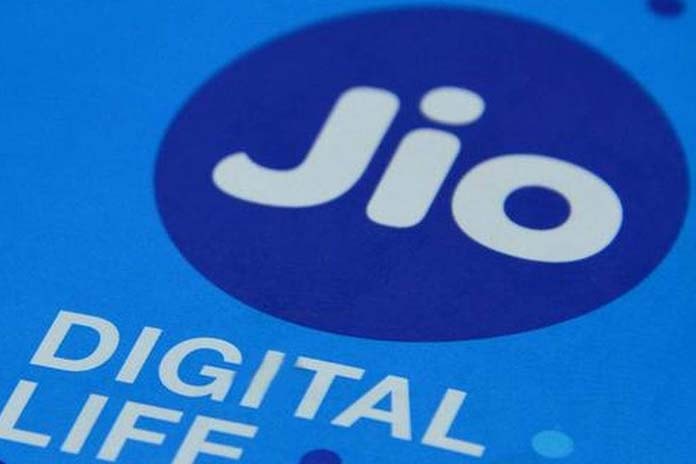 10 Things you Should Know About Reliance JioGigaFiber

Reliance Industries Ltd (RIL), after tasting huge success with Jio mobile services, is gearing up to roll out full-fledged JioGigaFiber. Here are 10 interesting things you should know about this yet another gamechanger from the Mukesh Ambani-led firm.

2) It is expected to be rolled out on 12 August at the company’s annual general meeting (AGM).

4) JioGigaFiber is currently under beta testing phase. It was launched at the 41st AGM last year, the broadband service was launched and RIL was offering some exciting features for both home and businesses with JioGigaFiber.

5) Subscribers can avail its Preview Offer for a security deposit of Rs 4,500 or Rs 2,500, depending on the speeds one opts for.

7) A Business Today report states full-fledged rollout would mean the release of definitive plans with tariff rates and tenures for the JioGigaFiber service.

8) Ambani had said at the AGM last year: “The company has already invested more than $250 million in the industry. We will now extend the service to 1,100 cities to offer the most advanced fibre-based broadband services.”

9) “This will mean a faster internet experience. A virtual reality experience for all citizens where you can control switches in your house from outside as well. This will redefine 24×7 emergency help for all homes across India,” according to Ambani.

10) Recently, Reliance Jio had reported 45.6 percent rise in its net profit to Rs 891 crore for June quarter of 2019-20. The company had recorded profit after tax of Rs 612 crore in the same period the previous year.