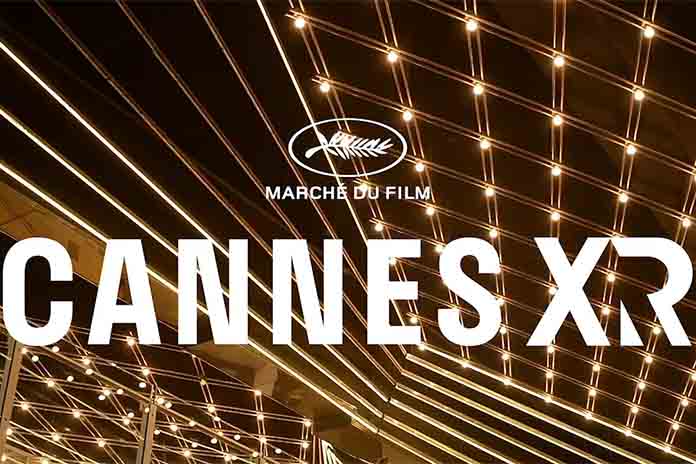 At a time when an unprecedented global pandemic has brought us enormous challenges, VeeR and Cannes XR hope to bring the VR community together, to open a new chapter of VR storytelling and to embrace opportunities for the VR industry in the future.

Cannes XR has announced its partnership with VeeR, a global VR content platform. VeeR has invited artists worldwide to submit works for competition at VeeR VR Cinema at Cannes XR this year.

VeeR VR Cinema will feature a selection of the most immersive, compelling and innovative VR works to celebrate each creator’s achievements in VR storytelling.

Cannes XR is a program from the Marché du Film dedicated to immersive technologies and cinematographic content. Cannes XR is the unmissable annual rendezvous for XR community offering a multitude of networking, financing and distribution opportunities. Now you can book your accreditation and stand at the Palais de Festivals at the heart of all of the action and events of the Festival de Cannes and the Marché du Film (July 6-15, 2021).

This year, VeeR VR Cinema has expanded from 360 films to both 3DOF and 6DOF VR experiences.

The selected VR works will be showcased during the Cannes XR virtual showcase and will voluntarily participate in offline showcases in China (with exhibition fee offered by VeeR). The showcases are aimed to bring VR projects and teams to more investors, media and audiences.0

Two winners will be presented with the VeeR Future Award for Best VR Story and Best VR Interactive Experience, and will each be awarded with 1000 USD and a Premium Distribution Package.

The last date for submissions is 23 April. According to Jérôme Paillard, Executive director of the Marché du Film, “VeeR is a leader in the XR sector and a strong partner of the Marché du Film and of Cannes XR. Through this partnership, we are highlighting the strong links between the XR community and the film industry.”

Jingshu Chen, Co-founder of VeeR, said, “This year, we are very excited to announce that we’ll expand the selection from 3DOF to 6DOF VR content, aiming to showcase a wider range of talented works to a global audience and keep pushing the boundary of immersive storytelling. We’ve been working on a scalable solution to distribute 6DOF content for the past year. Our Zerospace VR cinema is now fully ready to showcase 6DOF content, and soon our online platform VeeR is going to support 6DOF as well.”

Cannes XR is a networking platform with which directors, studio executives, XR artists, independent producers, leading tech companies, location-based and online distributors all gather to discuss the role of XR technologies, inspire the art of storytelling and fuel the future of film. 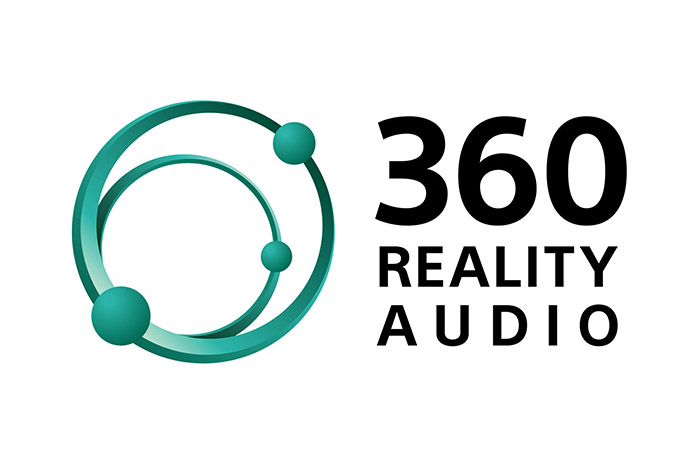 Sony has announced the expansion of its 360 Reality Audio services and product offerings, including adding new video streaming capabilities and content creation tools. Through these efforts, Sony will continue to expand the 360 Reality Audio ecosystem.

Introduced in 2019, Sony’s 360 Reality Audio makes it possible for artists and creators to produce music by mapping sound sources such as vocals, chorus and instruments with positional information and placing them within a spherical space. This revolutionary musical experience, powered by Sony’s spatial sound technologies, evokes feelings of being in a music studio or live concert venue – all without leaving the comfort of home.

360 Reality Audio makes it possible to create a lifelike music experience, giving listeners the impression that they are in a live concert setting. Sony hopes to leverage this spatial sound technology to create an innovative solution for music lovers who are not able to enjoy live concerts due to COVID-19.

Sony, major music labels and service providers are working together to begin streaming this new video content later this year.

Additionally, Sony and Music.com, with distribution by The Orchard, are launching a Creators’ Program, which makes it possible for creators to produce 360 Reality Audio content using the 360 Reality Audio Creative Suite and then stream their content.

Beginning this spring, 360 Reality Audio compatible speakers SRS-RA5000 and SRS-RA3000 will be available for purchase. These WiFi-enabled speakers create an immersive, room-filling 360 Reality Audio sound experience by utilizing Sony’s unique Immersive Audio Enhancement algorithm. The speakers can be controlled with Google Assistant*3 or Amazon Alexa*4 devices, so users can manage their music with ease.

360 Reality Audio can also be experienced using headphones from most manufacturers when combined with an Android™/iOS smartphone that has a participating streaming service app installed*2. Additionally, Sony is partnering with other consumer electronics companies to promote the 360 Reality Audio experience.

In order to continue expanding its library of compatible audio devices, Sony will license out the following technologies moving forward: 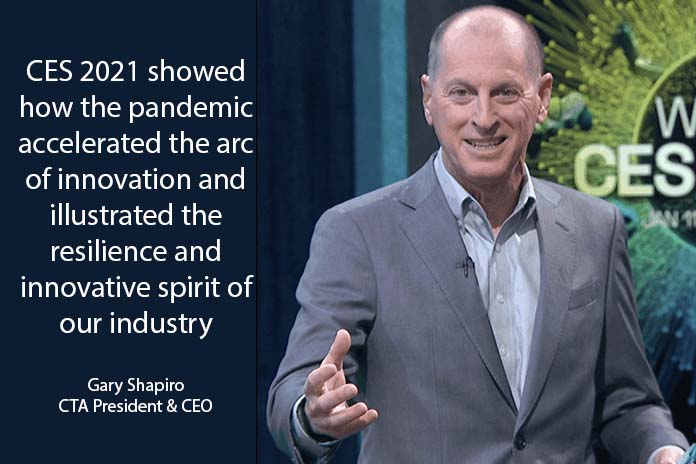 “The all-digital CES 2021 engaged the global tech community to experience innovation, make connections and conduct business,” said Gary Shapiro, president and CEO, CTA. “CES showed how the pandemic accelerated the arc of innovation and illustrated the resilience and innovative spirit of our industry. From the latest innovations for the home and entertainment, and advances in 5G, vehicle technology, AI and digital health, the technologies at CES 2021 will pave the way for a brighter tomorrow.”

“The industry came together digitally at CES 2021. This was a medium for companies to make announcements, launch products and connect with their audiences,” said Karen Chupka, executive vice president, CES. “The all-digital format brought new voices to the tech conversation.”

Key Themes at CES 2021
The all-digital CES 2021 featured groundbreaking innovation that will improve our world, from health to safety, sustainability and accessibility.

The CES Live Anchor Desk was a true broadcast experience, bringing the latest CES news and highlights with anchors including:

The future of entertainment was reimagined at CES 2021, with a special event featuring Ryan Seacrest and music superstars Billie Eilish and Dua Lipa, as they discussed how tech has enabled the creation of a new immersive fan experience.

Diversity Commitment
CTA continued its commitment to driving diversity in tech with its latest investment, announcing an investment in VC fund Plum Alley. This is part of its $10 million commitment to venture firms and funds that invest in women, people of color and other underrepresented entrepreneurs. Plum Alley invests in founding teams of women, and women and men and has an impressive representation of women founders from many backgrounds and ethnic groups in the STEM fields including Dr. Jennifer Doudna, who recently won the Nobel Prize in Chemistry. CTA announced its $10 million funding commitment on stage at CES 2019.

Government Leaders at CES 2021
Government leaders and policymakers from the U.S. and around the globe participated in the all-digital CES 2021, sharing their insight into the future of innovation. Policymakers included Director-Designate of the U.S. National Economic Council for the incoming Biden administration Brian Dreese; French Minister of State for Digital Transition and Electronic Communications Cédric O; State Secretary for Economic Affairs and Climate Policy for The Netherlands Mona Keijzer; and UK Minister of Transport Rachel McLean.

Global Reach of CES 2021
CES 2021 was truly a global event, with attendees joining from over 150 countries and over 1300 exhibitors coming from outside the United States, including more than 530 international startups. Country Group Organizers brought large delegations of exhibitors included Canada, France, Israel, Italy, Japan and South Korea. CES 2021 featured startups from Nigeria and Russia for the first time.