Sandeep Kumar, Indian-origin Austrian filmmaker who is the producer and director of Mehrunisa, had its premier in the 51st Edition of IFFI Goa. With immense belief on its content, he is now eyeing for Mehrunisa to travel to more film festivals and also looking for a global sales agent at the European Film Market 2021

Your film Mehrunisa was part of the Indian Panorama section during 51st Edition of IFFI, Goa and was appreciated for its theme, esp 88-year old Farrukh Jaffar’s lead role…

Mehrunisa is the first Austrian feature film to be completely shot in India and in an Indian language. It was chosen as the Mid Fest Film at the 51st. International Film Festival of India in Goa (IFFI Goa) where it also had its World Premiere. Mehrunisa got “standing ovations” at the premiere and tremendous response from the audience and the media present at the festival. An additional screening was organized by the festival two days after the premiere on “public demand”. Great response came also for the theme of film addressing patriarchy, especially in the Indian film industry. It was also for the first time that an 88 year old Indian actress played a lead role. Veteran actress Farrukh Jaffar mesmerized the audience by her performance as Mehrunisa in her witty and bold face-off with the patriarchy of Bollywood.

Tell us about yourself? Were you in the same school as Shah Rukh Khan? Was he your senior ?

Indian superstar Shah Rukh Khan was my senior at St. Columba’s School in Delhi. I had a passion for English theatre and my first 2 plays were together with him.

What are your plans to take Mehrunisa to international territories? Have you found a sales agent? Are you looking for the film to travel to other festivals?

After a very successful world premiere at IFFI Goa, we intend to take our film to festivals around the globe. At the same time we are also looking for a suitable sales agent who could make our film accessible to a wider audience. Mehrunisa is a film on women empowerment, has a fascinating story and you have captured it well. As we approach International Women’s Day (March 8) 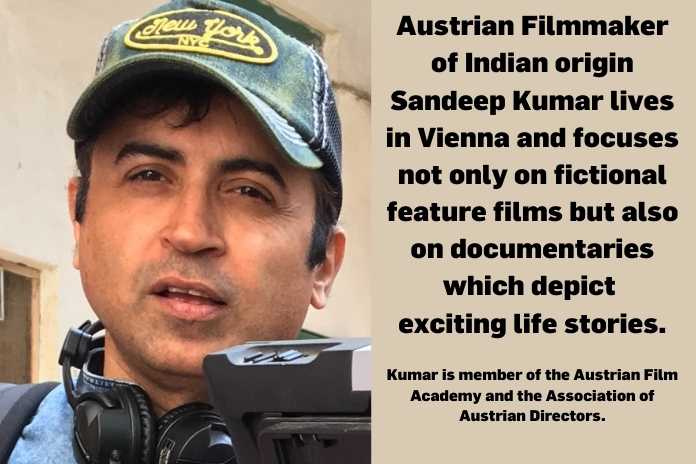 what was your objective in making the film?

The idea came to me a few years back. I wondered where all the wonderful Indian actresses I saw on the big screen during my childhood had disappeared. The male actors from that time, some way past their sixties and seventies, were still appearing as Heros. The older actresses, if seen  occasionally, had some small roles as a mother or grandmother. Place holders, so to say. I wondered whether there were no stories to be told from an older woman’s perspective. I felt it was time to address the patriarchy of the Indian film industry, also because its a reflection and simultaneously a trendsetter for the Indian society in general.

How did the Mehrunisa story develop?

It is so unique to have a women in eighties to lead the film… As I was writing the story I had Farrukh Jaffar on my mind to do the lead role. I had seen her films right from Muzaffar Ali’s iconic Umrao Jaan to Ritesh Batra’s Photograph (Berlinale/Sundance 2019) and felt that if someone could do justice to the role then it was her. I flew to Lucknow (India) from Vienna to meet her and was nervous whether she would like the story and would be ready to give us 30 days for the film as she was already 87 years old then. Farrukh Jaffar loved the narration and immediately gave me a big YES.

Why do you think Mehrunisa can have a global footprint and attract a wider audience?

Mehrunisa is an important film, not just for India but the entire world. Still, in majority of societies women cannot lead a self determined life, free to follow their dreams and aspirations. Most film industries are still male dominated. We hope that Mehrunisa could be a “game changer” in that mind-set. 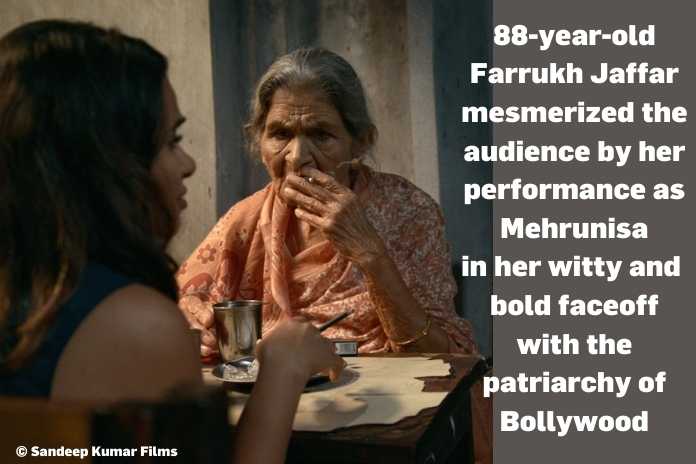 Can you talk about your experience of shooting in Lucknow for Mehrunisa?

Lucknow was totally new for me. I just knew the city from Satyajit Ray’s epic film Shatranj Ke Khilari and wanted to discover it new for myself. Interestingly, a lot of people still live in the past over there. The nawabiyat (royalty, mostly male led) has not gone. It was perfect setting for Mehrunisa. Farrukh Jaffar is very well respected in the city and when the word spread that an Austrian crew has come to make a film with her, entirely set in Lucknow, almost the whole city came forward to help us. The hospitality and warmth of the people were amazing. Of course, there were some interesting challenges regarding time management with an Austrian and Indian crew working together, for which we found creative ways to solve soon.

With Mehrunisa, this is the first time an Austrian production has done a fullfledged film in India? How do you see India-Austria ties in the film and media sector?

Though Indian filmmakers have been coming to beautiful locations in the Austrian Alps for their song sequences, the trend in the other direction has been very limited. Mehrunisa’s world premiere at IFFI Goa made headlines in Austria and hopefully our film attracts more Austrian filmmakers to shoot in India. I am already working on the development of another story to be shot in both Austria and India.

What has been the impact of Pandemic? What are your plans for 2021? Any new film on the works?

The impact of the pandemic is enormous. The cinema halls are still all closed in Austria and shooting is very restricted. I am currently working on 3 new scripts, one is an Indian story set in Austria, another one is an Austrian story set in India and the third is an American film set in New York City. 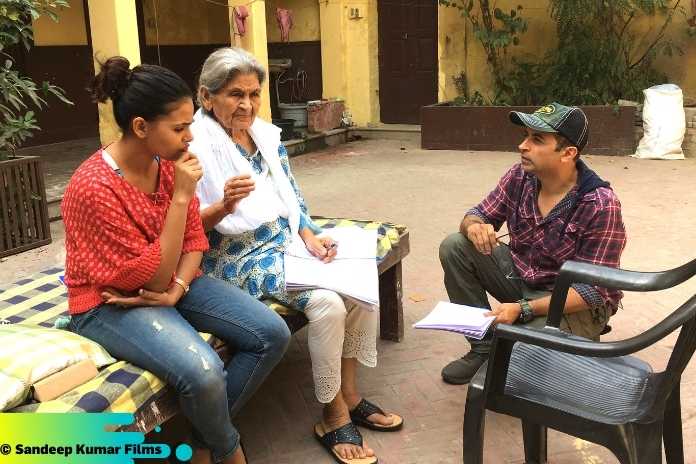 You wear the hat of a producer as well as the director? Does this convergence work well?

That has two sides to it. On the one hand it can be very conducive to process of filmmaking. You are fully independent to execute the way you want your story to be without any interference. On the other hand, it can distract you from the creative process. Often its a necessity for independent filmmakers when they cannot find an appropriate producer who shares their enthusiasm for a particular project.

Where do theatres fit into the ecosystem now with the rise of the streaming platforms?

Streaming platforms are for consuming content. If you want to experience, enjoy and immerse yourself in a story you have to be in a theatre. That’s what I feel.

Who are your mentors?

Life itself, people around me and my experiences give me the inspiration and the ideas I need for my films. Apart from that, I’m a big admirer of Mira Nair and Gurinder Chadda for making crossover films and connecting cultures. In Austria its Michael Haneke who I learnt a lot from. 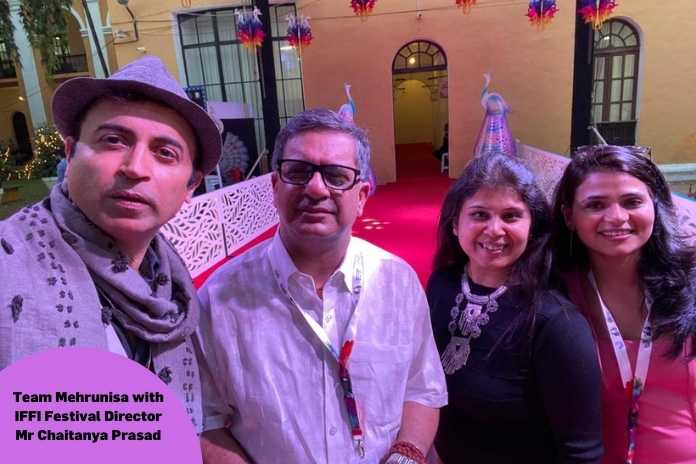 Mehrunisa screams loud against the male-dominated Indian film industry. The Umrao Jaan fame Farrukh Jaffar has played the role of an 80-year-old actress who boldly tells the audience to follow their dreams and that age doesn’t matter. An Austrian film in Hindi language and the Mid-Fest Film at the 51st International Film Festival of India, it had its World Premiere at the festival.

Austrian filmmaker of Indian origin Sandeep Kumar lives in Vienna and focuses not only on fictional feature films but also on documentaries which depict exciting life stories. In 2010 he released the first Austro- Indian film ‘Kesariya Balam (Love Without Borders)’ which received many awards including ‘Best Director’ and ‘Best Film’. ‘Servus Ishq’ (2014), his second film, had a nationwide release and was produced by Oscar winning producer Josef Aichholzer (The Counterfeiters, AT 2007). Creedless, Another Day in Manhattan and Mehrunisa followed in the years after that. Kumar discovered his passion for films through the theatre in India where he shared the stage with Indian superstar Shah Rukh Khan at school. During his studies in Germany and USA, Kumar shot numerous short films. He attended acting and film workshops and was guest listener in Michael Haneke’s class at the Film Academy in Vienna. Kumar is member of the Austrian Film Academy and the Association of Austrian Directors.