Ravi and I have worked closely for more than a decade and he is both a innovator and gentleman. His constant drive and determination have propelled the industry forward and allowed us bring to life stories in ways that were only a dream a few years ago. From the early days on OTT and basic video delivery to your PC to next generation Multiplayer VR over a 5G network

Ravi’s passion for cinema and the creative arts with the vast knowledge spread over 2 decades of innovation in technology makes him the ideal “digital storyteller to the merchants of dreams”. In Ravi, Intel have found the ideal global ambassador to engage some of the biggest film, music, television and gaming projects making technology enable the magic, whilst still not taking away the limelight from the original storytellers.

He pairs technology to entertainment making them made for each other.

Ravi is an exceptional standout in the intersection of technology and entertainment, he’s been a bold, risk taking leader in pushing the limits of camera technology use cases with ultra high resolution. Not afraid to push well past 4K to 8K and 16K to show where the future heads in terms of large venue entertainment and live event coverage.

Ravi understands the importance of experimenting and exploring how creative stories can be a  driving force for a large tech leader like intel, showing them the path toward what the most advanced silicon can deliver to larger and larger screens with more demands on resolution and fidelity.

As a CTO and Head of Emerging Media at Whistling Woods International, I have experienced both the visionary and mentorship aspects of Ravi. He has the unique ability to shine a light on technical research & development roads that others can only glimpse at through a haze of uncertainty. Ravi has provided us with the much needed mentorship to work efficiently and aggressively towards research in creating new workflows and new methods of application of media technologies in the education of the next generation of Indian filmmakers. Unknown to so many Indian students, he has impacted their education and their careers with his support to the Whistling Woods Emerging Media Lab and to research & development activities in the Indian industry at large.

For me as the creator of the Le Musk the cinematic sensory experience …getting into uncharted territory was made easier with an associate like Ravi Velhal. He was constantly filling us with the reality and possibilities to make this a successful project.

Ravi is a fantastic guy with a sharp focus on blending content and technology. He knows how to bring about a balance as between creative and commercial world. Ravi a true global citizen and a great friend for several countries. Ravi has been a constant supporter of Indian Animation, VFX, Gaming, Comics and XR eco-system. He layed a great foundation with us in building India’ s first AVGC awards at FICCI FRAMES- Best Animated Frames Award ( BAF Awards) and it has over last two decades recognised the who’s who of India and global heroes in the AVGC XR space. Ravi is extremely knowledgeable, talented and a humble person. He is willing to share knowledge and help global studios thru techno- creative policy making has built several successful collaborations. He has played a major role in bringing US and India closer in the media and entertainment space. I can’t imagine immersive technology interventions without Intel and Ravi presenting it to us.”

He has been a pillar of support for FICCI – AVGC-XR Committee and continues to work with many companies in India in the immersive cinema.”

VFXRio is honored to be part of Intel’s strategic initiatives since 2016 in Brazil. Ravi Velhal’s vision of the technological ecosystem is unique in supporting and fomenting global communities which blends technology and art bridging the gap between India, Hollywood and Brazil, bringing knowhow, cutting edge expertise and vision in the technological avant-garde landscape. “

Ravi Velhal’s contribution to the media and entertainment industry of India is enormous, it is  because of silent contributors like him that the industry is able to march forward and conquer glorious heights . He has been providing advise, unstinted support to the FICCI media and entertainment committee as a global advisor since last 14 years now.

His vision has lead to a strong support to all initiatives of animation, gaming , VFX industry of India . He understood and stood by the work that FICCI was doing for last 18 years and instrumental in creating platform for shaping up policy. FICCI is honoured and very proud of the cutting edge technologies ( Ultraviolet, Broadcast Digitization, 4K, Immersive Cinema and now 8K) and know how that he has single handedly brought to our industry to bridge digital divide between Hollywood and Indian Film Industry

I’ve been working with Ravi for many years. He is that rare connective tissue between the tech and entertainment worlds. He is passionate about the creative arts and has quite a knack for identifying emerging tech trends which will ultimately transform either the creative process (such as his contributions to VR, Volumetric Video, and 8K live streaming) as well as the business approach (such   as the early recognition that digital is the future of content distribution, when he worked with the studio community on Ultraviolet).”

Ravi and Intel have been an integral to the immersive industry, from the creation of the VR Society, which was previously a part of the Advanced Imaging Society prior to my transition to creating the Infinity Festival Hollywood (now in it’s fifth year), to bring the creative community in Hollywood together with the innovative technology groups from Silicon Valley. Ravi was amongst the first to encourage and support Infinity Festival ( where he chairs Immersive Cinema Committee), which has helped the immersive industry grow and become synonymous with entertainment and technology.

Ravi is the only person I know that has produced A-list entertainment immersive experiences with virtually all the major studios, including Infinity Festival’s Audience Choice Monolith Award winner for FirstMan VRE in 2018. Ravi is a true creative visionary that also possesses acute business acumen. There are only a handful of executives that truly understand the intersection of media and technology. Ravi has always had his finger on the pulse. Ravi was one of the first to understand that content would only flow to portable devices such as laptops and hand held devices if Hollywood trusted that their content would be protected against unauthorized widespread distribution. But that was just the beginning of Ravi’s partnership with Hollywood. He lead the charge to license Sony Pictures Ultra 4K content on every laptop and revolutionized 8K live streaming. Even in the early   days of Ultraviolet, Ravi understood that rights entitlements were heading to the cloud. Ravi is always ten steps ahead of the pack.

As the Chief Strategist and Curator for the Infinity Festival, Former Governor of the Television Academy for the Interactive Media Peer Group and an M&E industry advisor, it’s always been my focus to identify and highlight thought leaders and industry evangelists who are paving the way for entertainment executives, technologists and up and coming creators. Ravi has been one of my go-to speakers and brand stewards for Intel, as he’s able to truly provide context for the disruptive nature of technologies advancements and how it will impact the future of film and television production. Ravi’s work and leadership continue to demonstrate that transformative technology solutions do not live in a silo but need to come together to lead Hollywood through its next evolution. By providing creators access to cutting edge technologies with Intel at the helm, Ravi Velhal is able to showcase what is possible.

Ravi is a rare confluence of technology & creativity… a deadly combination! Every small interaction with him (which is something one always look forward to) triggers a host of ideas that open up a sea of opportunities, with an aim to achieve the unthinkable. A truly passionate ambassador of Indian cinema and a pioneer of immersive technology, he undoubtedly is one of the visionaries who are shaping the world… as we will see it in the near future. His futuristic approach to everything is exemplary and his affable personality exudes so much positivity that his enthusiasm almost becomes addictive.

More power to you, Ravi… as you take a new bolder step every day, to change the world… with a smile on your face.

I met Ravi at a presentation of his Dunkirk VR project, which I loved. He found out I was the director of Grease and we began plotting to make an XR music video of “You’re the One That I Want”. Paramount jumped aboard and we captured 20 dancers volumetrically on the Intel stage at Manhattan Beach Studios. The experience won a Lumiere Award and was shown at Cannes and at the DGA’s Digital Day. Ravi was a delight to work with, and I hope we can do it again.

Ravi’s pioneering efforts helped jump start the immersive entertainment ecosystem in Brazil. He brought together the first professionals dedicated to immersive entertainment in Brazil to rethink production techniques thru VR boot camp, a collaboration with award winning Museum of Tomorrow. Repangia was born in 2017 introducing a trip thru human senses perception of the rain forest, the first immersive production together with a native tribe in a deep Amazon forest region. Ravi pushed the market to create the first 8K immersive Rio carnival experience in 2016 with Globo, one of the main world broadcasters. His visionary approach influenced also the first local immersive production telling the stories of the people living in the favelas.

The future of global immersive entertainment takes careful navigation through new technologies  and human behavior. Ravi has a special sense for both. Thanks his decades long experienced with new technologies and how they come to market. Ravi’s deep sensitivity and extensive global exposure gives him a unique connection with his people and cultures. Ravi has proven to be a true visionary in the very tricky business of new immersive experiences.

Ravi is a pioneer. He sees the future and leads us there 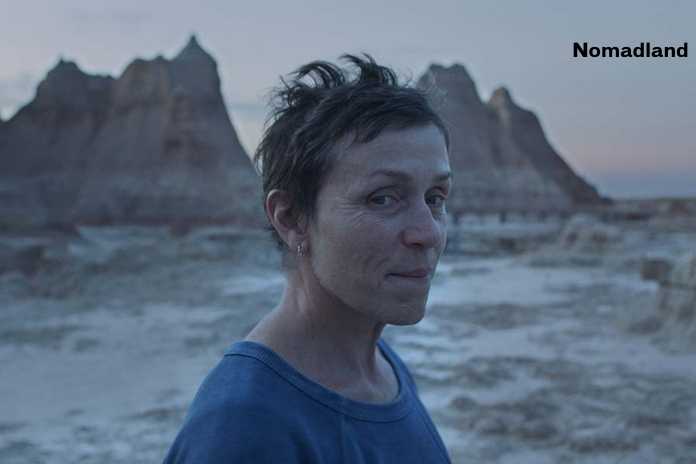 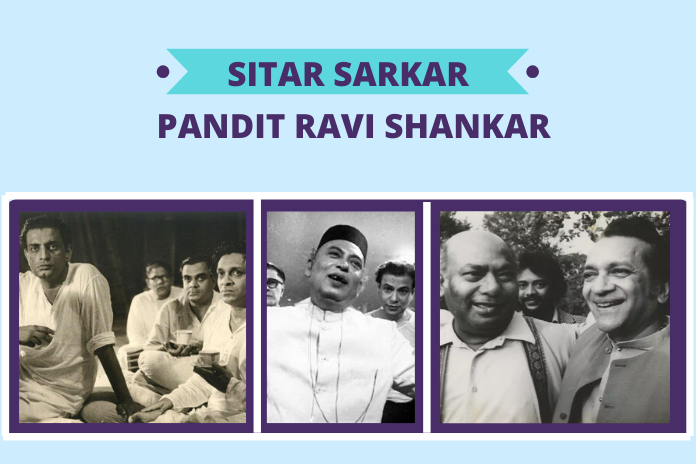 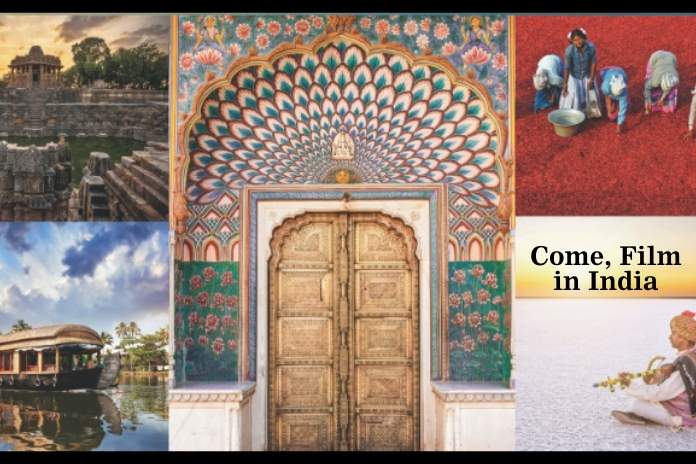 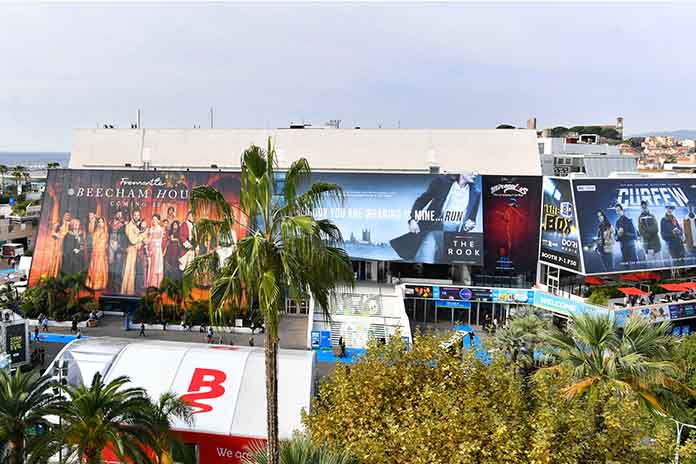