The greatest strength of the Film Bazaar, now in its 13th edition, is that it serves as a platform where there is a constant churning of ideas happening, which serves as a booster dose for filmmakers to grasp the nitty-gritty of an evolving world cinema and develop synergies through free exchange of ideas By Saibal Chatterjee

In a globalised world, the value of socio-cultural rootedness is of utmost importance. But nowhere more so than in cinema, where market forces tend to impose saleable and proven templates on individual stories and styles. Nothing could be more counter-productive. Film funds and script labs must necessarily guard against straitjacketing of the medium so that fresh voices bursting through the system and keen to be heard above the din are not forced to fall in line and follow established practice.

THE FILM BAZAAR IS NUMERICALLY DOMINATED BY YOUNGER FILMMAKERS, A LARGE PERCENTAGE OF THEM BEING FIRST TIMERS

As an incubator of new film projects in India and the rest of the subcontinent, the NFDC Film Bazaar, now in its 13th year, has rendered yeoman service by engendering an eco-system that allows originality to thrive while not losing sight of tried and tested ground rules that have proven beneficial.

It isn’t surprising, therefore, that many of the subcontinent’s most applauded and well-travelled contemporary films have taken shape – and wings – on this platform that has made mentoring and networking facilities available to them. Think Ritesh Batra’s The Lunchbox, Chaitanya Tamhane’s Court, Paobam Paban Kumar’s Loktak Lairem bee and Ashim Ahluwalia’s Miss Lovely and you cannot help but recognise the assistance that these acclaimed Indian films have received at the Film Bazaar where buyers, sellers, festival programmers and producers converge in search of the next
lot of support-worthy films.

It isn’t unusual for veteran screenwriters and directors (such as Govind Nihalani and Kamal Swaroop) to turn up in this dynamic marketplace with the intention of exploring co-production possibilities, the Bazaar is numerically dominated by younger filmmakers, a large percentage of them being first-timers.

Film Bazaar is held on the sidelines of the International Film Festival of India (IFFI), but it is a hub of activity so intense that it often overshadows the main event. The greatest strength of the Bazaar is the youthful energy that propels it and the range and depth of international participation that the annual event commands. The result is a space where a free exchange of ideas and synergies take place and yields salutary results.

Filmmakers from across the subcontinent have benefitted immensely from the time and energy they have spent in Goa in reaching out to the world and pushing their ideas, films and screenplays. A majority of Indian films that have played in the leading international festivals – The Lunchbox, Miss Lovely, Titli, Chauthi Koot, Thithi, Killa and Ship of Theseus, to name only a few – have participated in Film Bazaar at crucial stages of their development.

Assamese director Bhaskar Hazarika’s Aamis (Ravening), which coincidentally will go into theatrical distribution across the country on the third day of the 50th edition of IFFI, was part of the Film Bazaar’s Co-Production Market in 2017. It returned to the Viewing Room – Film Bazaar Recommends in 2018 and went on to screen in the Tribeca Film Festival in 2019.

Geetu Mohandas’ Moothon (The Elder One), which had its world premiere at the 2019 Toronto International Film Festival (TIFF) in September, opened in Indian multiplexes in the second week of November. The film had started its journey in Film Bazaar’s Co-Production Market in 2016 (the title back then was Insha’allah).

Moothon was in the Work-in-Progress (WIP) Lab the very next year alongside several other Indian films that got picked by international festivals – Ere Gowda’s Balekempa, Dominic Sangma’s Garo-language Ma’Ama and Ivan Ayr’s Soni.

Mohandas, an actress-turned-filmmaker also owes the rise of her debut film, Liar’s Dice, to Film Bazaar. The film was in the Co-Production Market in 2011. It premiered in the MAMI Mumbai Film Festival in 2013 before being screened in the Sundance Film Festival and 2014. Liar’s Dice was India’s official nomination that year for the Best Foreign Language film Oscar.

Besides a host of films that have come out of the country’s many filmmaking centres, projects conceived and developed in Mumbai have enjoyed a lion’s share of the spoils in Film Bazaar.

THE LUNCHBOX WAS CONCEIVED AND DEVELOPED AT THE FILM BAZAAR. AFTER ITS WORLD PREMIERE IN CANNES CRITICS’ WEEK IN 2013, IT TRAVELLED TO TIFF AND KARLOVY VARY. THE LUNCHBOX WAS DISTRIBUTED IN MORE 50 COUNTRIES – A RECORD FOR AN INDEPENDENT INDIAN FILM

The most notable among them is The Lunchbox. After its world premiere in Cannes Critics’ Week in 2013, it travelled to TIFF and Karlovy Vary. The Lunchbox was distributed in more 50 countries – a record for an independent Indian film.

Ashim Ahluwalia’s Miss Lovely, set in Mumbai’s sexploitation movie industry of the 1980s, was part of the Film Bazaar Works-in-Progress lab in 2011, premiered in Cannes Un Certain Regard in 2012. The film won the Golden Gateway Award of the Mumbai Film Festival and was also in the official selection of TIFF and the International Film Festival of Rotterdam (IFFR).

ASHIM AHLUWALIA’S MISS LOVELY (FILM BAZAAR WORK IN PROGRESS, PREMIERED IN CANNES UN CERTAIN REGARD) DID NOT, HOWEVER, MAKE IT TO THE INDIAN PANORAMA – A SIGN OF THE GROWING DISCONNECTION BETWEEN THE GLOBAL APPETITE FOR CINEMA THAT BREAKS THE RULES AND THE DOMESTIC TENDENCY TO STILL JUDGE CINEMA BY CONVENTIONAL YARDSTICKS

Miss Lovely did not, however, make it to the Indian Panorama – a sign of the growing disconnection between the global appetite for cinema that breaks the rules and the domestic tendency to still judge cinema by conventional yardsticks. The constant churn of ideas that takes place in the Film Bazaar is a huge advantage for filmmakers who pass through the process – they are aided in the process of grasping the directions of world cinema and acknowledging and the need to eschew old habits.

Interestingly, the Film Bazaar has over the past decade and a bit mentored films that have subsequently taken on commercial trappings and gone on a different tangent. Sharat Katariya’s Dum Laga Ke Haisha, starring Ayushmann Khurrana and Bhumi Pednekar, which came to Goa as a work in progress, went mainstream with Yash Raj Films throwing its weight behind the film.

Films such as Shanghai and Nil Battey Sannat, among others, have found similar theatrical outlets. In the case of Alankrita Shrivastava’s Lipstick Under My Burkha, Prakash Jha Productions was involved from the very outset. It was part of Film Bazaar’s WIP Lab in 2015. Completed in 2016 and released in 2017 after a protracted run-in with the censors, the film earned critical accolades and substantial commercial success.

BOMBAY ROSE HAS HAD THE LONGEST GESTATION OF ALL THE TITLES THAT HAVE EMERGED FROM THE FILM BAZAAR. IT WAS IN THE SCREENWRITERS’ LAB IN 2015, CO-PRODUCTION MARKET IN 2016 AND THE WIP LAB IN 2017. IN 2019, IT PREMIERED AT THE 76TH VENICE FILM FESTIVAL AND THEN TRAVELLED TO TIFF, BUSAN INTERNATIONAL FILM FESTIVAL AND BFI LONDON FILM FESTIVAL

Not every film that participates in the Film Bazaar soars into the stratosphere. In fact, a chunk of the entries that have been listed on the Viewing Room roster run into dead-ends. But that does not diminish the significance of the exercise. Over the last decade, almost every film that is regarded as fine specimen of Indian indie cinema – among them Nagraj Manjule’s Fandry, Rahi Anil Barve’s Tumbbad, Kanu Behl’s Titli, Shanker Raman’s Gurgaon,Pushpendra Singh’s Ashwatthama, Amit V. Masurkar’s Newton, Devashish Makhija’sBhonsle, Dipesh Jain’s In the Shadows and Ridham Janve’s The Gold-Laden Sheep & the Sacred Mountain – is a Film Bazaar product. The event helps these filmmakers not only to evolve into outstanding films but also to find a place on the radar of the spotters that are sent out by major festivals.

In a nation that produces more films than any other in the world, Film Bazaar has created a climate in which young filmmakers can dare to attempt transcending geographical boundaries. The Mumbai movie industry in particular is notoriously insular and cannot see beyond box office collections. But filmmakers working outside the pale of the mainstream are compelled to think of the wider world – the Film Bazaar fulfils that needed admirably, helping independent filmmakers engage with the world on an equal footing.

One of the biggest contributions of the Film Bazaar is manifested in the support it has extended to filmmakers from other countries of the subcontinent. Bangladesh’s Mostafa Sarwar Farooki, Rubaiyat Hossain and Golam Rabbany Biplob, Sri Lanka’s Prasanna Vithanage and Prasanna Jayakody, Pakistan’s Mehreen Jabbar and Sabiha Sumar, Nepal’s Deepak Rauniyar, Bhutan’s Khyentse Norbu and Afghanistan’s Siddiq Barmak have been part of the Film Bazaar over the years.

No wonder, for indie filmmakers in this part of the world, all roads lead to Goa come November. 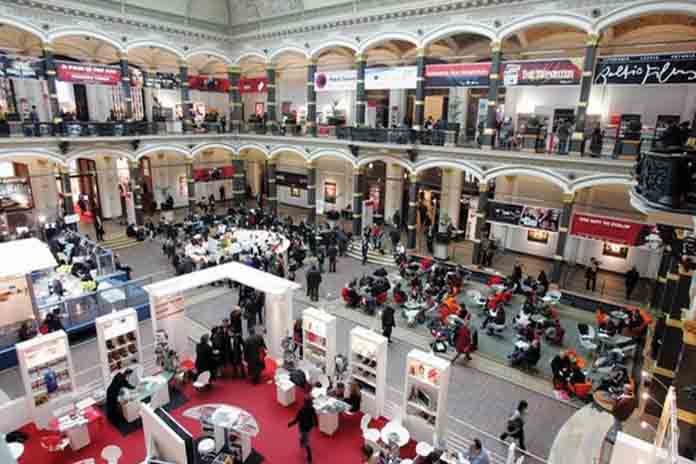