The 13th edition of Film Bazaar revitalised the collaboration between the international and South Asian film fraternities, facilitating partnerships and networking. Growing bigger with every passing year, the 2019 edition saw more than 1,100 delegates attend the 4-day event at the Marriott Resort in Goa

The curtain came down on the 13th edition of Film Bazaar at IFFI on November 24th, firmly establishing it as the leading film market in the region shaping the future of cinema. The fact that 1,116 delegates from 36 countries participated in the Market, the largest number so far in its 13 years of existence, bears the testimony of its growing significance as a promoter of cinematic excellence and talent.

“Film Bazaar is a multilingual, multi-national film market that gives a platform to diverse voices from across the region. This is clear from the fact that 268 projects across 30+ languages at various stages of progress were present in the market under its different sections,” said Smt T.C.A. Kalyani, MD of NFDC, while speaking about the growing role of the Film Bazaar in harnessing independent filmmaking talent.

The Film Bazaar was inaugurated by Union Minister for Information and Broadcasting Prakash Javadekar, who hailed the Film Market as a good platform “for aspiring filmmakers to sell their ideas, films and take their productions to the far reaches of the world”. “We can therefore export and import films at this market,” he said.

Speaking on the occasion, Goa Chief Minister Dr Pramod Sawant said that Goa will allocate more resources to improve its infrastructure to boost film shootings in the state. “Goa is a small touristic state, albeit it is an environment-friendly destination where films have been shot. Though few, these international and national films have become hit films. We will try to provide the best infrastructure required for the film industry in the city as well as the interiors. We want the state to move forward in the film industry,” he added.

“Film Bazaar is basically what we can call business behind the films, where we get producers to meet directors, where we have mentors curating scripts, industrial screenings, along with knowledge enhancing and skill development sessions, where students could interact with the eminent personalities like Prasoon Joshi, Meghna Gulzar, among others, from the industry and learn what goes into the process of making films. I am thankful to Goa and government of India for having made this happen” Smt T.C.A. KALYANI, Joint Secretary, Ministry of Information & Broadcasting, Government of India and Managing Director, NFDC

Union Minister of State for Environment and Forests and Climate Change Babul Supriyo, who was also present at the inaugural, said, “Filmmaking
in India is an amalgamation of art and business; and how to take art to the homes of people because by doing so one can make a lot of business. There are a lot of filmmakers all over the world who are interested in making films in India and knowing more about Indian films because by far we make the largest number of films in the world in as many as 30 languages. It’s therefore not just an example of Make in India, but also of make money in India.”

A new addition to the Film Bazaar this year, workshops on skill development for film students from across the country were held in the section entitled ‘Behind the Silver Screen, Empowering the Aspirants’. The section saw leading film personalities like Vishal Bhardwaj, Prasoon Joshi, Adil Hussain and Sidharth Roy Kapur mentoring and sharing tips with students on various filmmaking crafts.

Veteran filmmaker Hariharan Krishnan (Professor Arts and Director Media Lab, KREA University) took a master class on the history and theory of cinema, the need for films and why we make films. His discussion tied together filmmakers across time and geography, and films across themes and genres. He was also critical of the way filmmaking has been taught in the country, and wondered whether filmmaking can be taught at all. The workshop in the skill development sidebar was conducted by Actor, Entrepreneur and Filmmaker Ms. Shylaja Chetlur who spoke on gender sensitivity in film scripts and on film sets. She spoke about the current scenario of the film industry and how large sections of the society including women and homosexuals continue to be discriminated against not just in films but also in our society. Ms. Chetlur highlighted the irony of casting a fair looking person in the role of a dark-skinned character, and then blackening their faces. She spoke about the need to break stereotypes and be more inclusive in the way they are shown on screen.

The Producers’ Workshop finished with the producers pitching their projects to their fellow producers and mentors for the workshop. The producers used everything they had learnt over the last three days and pitched their projects with fervour and passion. The mentors were impressed with the pitches, most of which dealt with the realities of India today and ranged across genres and themes.

Sessions in the Knowledge Series saw Smt T.C.A. Kalyani (MD – NFDC) engage in a conversation with Richard Sharkey (International Producer) on how the potential of Film Facilitation Office (FFO) can be leveraged to make India a leading destination for international filmmakers to shoot in. Smt T.C.A. Kalyani said, “Our motto is to ensure a one-stop-shop for facilitation of shooting in India. In line with this, the single window clearance is a fantastic initiative of the Government of India to ensure ease of filming.”

In perhaps the most engaging panel of the day, Namrata Joshi (Associate Editor, Cinema, The Hindu) spoke with Swami Laxmi Narayan Tripathi (Human Rights Activist), and filmmakers Onir and Sridhar Rangayan. While all of them agreed that the perception of LGBTQ cinema and characters has changed for the better in the last ten years, there’s still a long way to go. Tripathi was especially vocal in highlighting the stereotyping of the transgender community that continues to ail Indian films.

A panel on the changing role of women in cinema brought together women producers from across the country. This included Soundarya Rajinikanth (Managing Director, May 6 Entertainment), Nandita Roy (Producer, Director, Windows Production), Shareen Mantri Kedia (Founder Director of Namah Pictures), Dominique Welinski (Founder & Head of Production, DW) and Aditi Anand (Promoter, Director, Little Red Car Films). They pointed out the challenges that women still continue to face in the industry and discussed ways of making it easier for women to come up the ranks, and suggestions included fair compensation and safer and hygienic sets. Other insightful panels involved those on the evolving OTT landscape in India with executives from multiple OTT platforms clarifying their respective approaches to content, a panel on the wide diversity of multiple Indian language cinemas outside of the Hindi film industry which had filmmakers from Maharashtra, Assam, and Gujarat share the inspirational story of their film’s journey, and another panel that simplified the complicated world of music rights for the filmmakers in the room.

The final day of the 13th Film Bazaar saw the announcements of awards to independent filmmakers for projects selected in the Film Bazaar Recommends and the Work-in-Progress section. The recipients were selected by a jury comprising of internationally acclaimed festival programmers/ directors, producers and industry executives who also presented the awards to the winners alongside Smt T.C.A. Kalyani (MD of NFDC) and representative of the sponsors.

These awards include the following for each film:

Two version of DCI DCP free for a movie by Qube

Filmmakers will get a Qube Wire account with wallet worth of USD 500, which can be redeemed during Qube Wire deliveries.

In a happy surprise, it was announced that the 3 remaining films in the WIP Lab will also receive DI at 50% discount from Prasad Labs.

‘Laila Aur Satt Geet’ (The Shepherdess And The Seven Songs) by Pushpendra Singh won the VKAAO WIP Lab Award, which includes a certificate from VKAAO and Free Theatrical Distribution Deal with PVR Cinemas. The award was decided by the same jury of mentors who decided the Prasad Lab DI Award + Moviebuff Appreciation Award for films in the WIP Lab.

Each of these films won a certificate from VKAAO and will get a 75% discount on Theatrical Distribution. 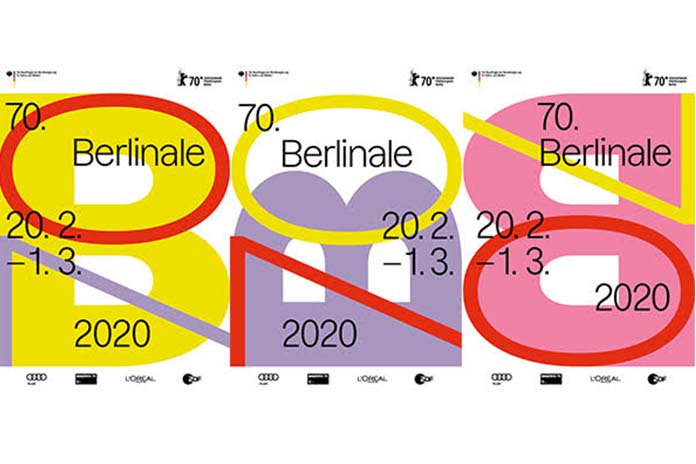