The Cannes Competition promises a tantalising contest between the old and the new this year. The jury headed by Alejandro G. Inarritu has its job cut out

The line-up that the 72nd Cannes Film Festival has assembled for its flagship Competition section pits a host of veterans against a slew of younger filmmakers who have broken into the league for the first time. For the discerning, not the least for the jury presided over by Alejandro Gonzalez Inarritu, the tantalising contest could throw up quite a few surprises.

The selection, which is definitely more exciting than last year’s, sees the return of many Cannes favourites who have delivered the goods over the years. The first-time contenders, Celine Sciamma, Justine Triet and Mati Diop (the first Black woman in the Competition) and Jessica Hausner, are expected to give the jurors a slew of options when they weigh the big guns against the challengers.

Austrian director and screenwriter Hausneris a Cannes regular, but her films (Lovely Rita, Hotel and Amour Fou) did not make it beyond Un certain regard. With the English-language Little Joe, starring Emily Beecham and Ben Whishaw, she has been elevated to the competition. So has Sciamma, whose 2007 debut film, Water Lilies, premiered in Un certain regard before 2014’s acclaimed Girlhood marked the opening of Directors’s Fortnight. Her new film, Portrait of a Girl on Fire, has broken into the main competition. A French director of Senegalese descent, Diop is also an actress who has done the festival rounds and a maker of shorts of considerable repute. She has cracked the competition with her very first film as director, Atlantique, making her only the second woman with a debut film in this section after Julia Leigh (Sleeping Beauty) eight years ago.

French director Justine Triet’s previous Cannes outings were outside the official selection. Her debut film, Age of Panic, was presented in the ACID programme of the 2013 Cannes Film Festival. Her second film, In Bed Victoria, played in Un certain regard. Her new film, Sibyl, has catapulted her to the competition.

French-Malian director Ladj Ly is the second Black filmmaker competing this year for the Palme d’Or. His feature debut, Les Miserables, an extension of a short film that was nominated for a Cesar last year, is inspired by the riots of 2005. The film explores contemporary Montfermeil, where Victor Hugo set his classic story in 1862.

It can only help the younger contenders that the likes of Pawel Pawlikowski, Yorgos Lanthimos, Robin Campillo and Alice Rohrwacher, directors who know what it takes to snag awards in the world’s premier film festival, are on Inarritu’s jury. If only four female directors are vying for the Palme d’Or, one more than last year, the nine-member jury has a quartet of women – besides Rohrwacher, American director Kelly Reichardt, Hollywood actress Elle Fanning, and Burkina Faso actress-director MaimounaN’Diaye.
Surprisingly, the Competition has no film from either Japan – Hirokazu Kore-eda’s Shoplifters won the Palme d’Or – or Scandinavia (Swedish director Ruben Ostlund’s The Square won the festival’s top prize in 2017). Neither Kore-eda’s first English-language film, The Truth, not Swedish director Roy Andersson’s About Endlessness, a follow-up to the remarkable A Pigeon Sat on a Branch Reflecting on Existence, are still in post-production.

Returning to the competition, British filmmaker Ken Loach and the Belgian Dardenne brothers are in with a chance of making history by becoming the first to win the Palme d’Or thrice.The octogenarian Loach teams up again with his two regular collaborators, writer Paul Laverty and producer Rebecca O’Brien on Sorry We Missed You, a film about a young couple struggling to achieve financial stability and keep their family from keeling over in a gig economy.The last time Loach was in Competition (I, Daniel Blake, 2016), he took home the festival’s top prize.

Jean-Pierre and Luc Dardenne are back on the Croisette with Young Ahmed, another film in their social-realist mode. The titular character is a boy who is radicalised to the point of wanting to kill his teacher. The brothers’ previous outing in Cannes – The Unknown Girl, 2016 – was somewhat of a dampener. They are due for a strong comeback.

Another veteran, 75-year-old Terrence Malick, who bagged the Palme d’Or the last time he was in Cannes (for The Tree of Life, 2011, which was only his fifth feature),could well catch up with the double winners with A Hidden Life, a drama about an Austrian conscientious objector who was put to death during WWII. The film stars August Diehl in the principal role, besides Belgian heartthrob Matthias Schoenaerts.

Two other past Palme d’Or winners, Quentin Tarantino (for Pulp Fiction in 1994) and French-Tunisian director Abdellatif Kechiche (for Blue is the Warmest Colour in 2013), are competing again with Once Upon a Time in Hollywood and Mektoub, My Love: Intermezzo respectively.

Snapping at their heels would be Jim Jarmusch, whose zombie satire The Dead Don’t Die, the 2019 festival’s opening film, holds huge promise. And who can discount Pedro Almodovar, competing this year with the self-reflexive Pain and Glory? Neither of the two filmmakers, who have been feted consistently at the festival, have ever won the top prize. It’s about time.

Other familiar names that will vie for the Palme d’Or are Marco Bellocchio (The Traitor), Arnaud Desplechin (Oh Mercy!), Xavier Dolan (Matthias and Maxime) and Kleber Mendonca Filho (Bacurau, co-directed by Juliano Dornelles). French director Desplechin has not been in the Cannes competition since 2013’s Jimmy P. His new film stars Lea Seydoux in story that centres on a murder in northern France.

Palestinian auteur Elia Suleiman makes a comeback to the Competition after a decade-long hiatus with It Must Be Heaven, a film in which he plays himself, a man uprooted from his moorings and traversing the world. Suleiman, who comes from a state that isn’t officially recognised by France, was last in Cannes with The Time That Remains, which blended the anguish of occupation and oppression with broad strokes of sardonic humour. It Must Be Heaven promises to take that fine balance a few steps further.
One of the younger directors whose entry will be watched with keen interest by the jury as well as the critics attending the festival is Corneliu Porumboiu. The 43-year-old Romanian director won the Camera d’Or for the 2006 film, 12:08 East of Bucharest and followed it up with the Jury Prize in Un certain regard for Police, Adjective in 2009. His latest film, Gomera (The Whistlers), is in the festival’s main Competition. It is Porumboiu’s first time in this league.

Cannes first-timer Ira Sachs joins Jarmusch and Malick to complete the American presence in the competition. His film, Frankie, features Isabele Huppert in a starring role, but that certainly isn’t the only reason why it has made the cut. The New York filmmaker has been in the business for two decades and has built a formidable reputation that could benefit immensely from wider exposure on the Croisette.

The Cannes competition has two films from Asia. One of them is Korean genre director Bong Joon-ho’s Parasite. His 2017 film, Okja, a Netflix production, had premiered in Cannes in 2017 and sparked a row with French exhibitors that ensured the shutting out of the streaming giant from the festival. The other Asian film in contention is Chinese director Diao Yinan’s The Wild Goose Lake, a noir thriller. This is Yinan’s first appearance in the Cannes competition. Another Chinese detective yarn, Zu Feng’s Summer of Changsha, will screen in Un certain regard. 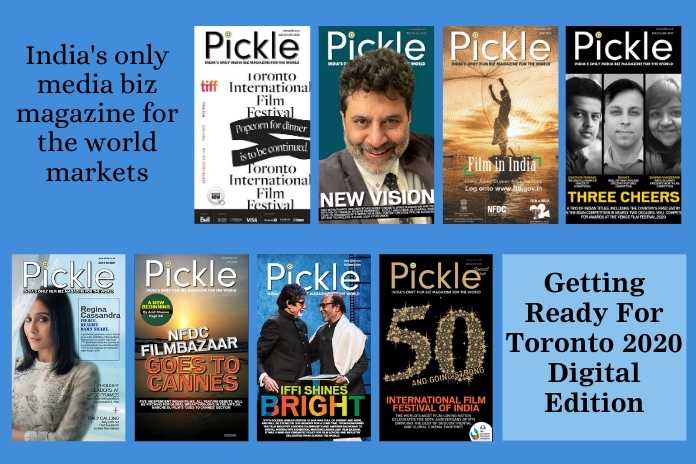