Pierre Lescure, President of the Festival de Cannes, and Thierry Frémaux, the festival’s Artistic Director and General Delegate, announced its 2020 lineup of 56 Cannes labeled films. The curated film titles that have got the Cannes 2020 official stamp of approval will get a big boost at the Cannes Virtual Film Market, film festivals, theatres in the coming months. A record 2,067 features films were submitted for consideration for the 2020 Cannes Film Festival (1,845 films in 2019). Of the 56 films picked in the Cannes official selections, 21 are French films. Of the 56, sixteen were made by women directors. Four animation films found a place in the selection. Here’s our critics’ pick of 15 films that are likely to conquer minds, award ceremonies and festivals in the coming months, as we live amidst COVID-19.

Anderson’s Moonrise Kingdom opened the Cannes festival in 2012. A Fox Searchlight film, The French Dispatch is set in the French foreign bureau of a Kansas newspaper. A big tribute to Journalism.

A moving film on adoption. Satoko and her husband decide to adopt a baby boy. Their parenthood is shaken by a call from Hikari who claims to be the child’s biological mother. What happens next forms the rest of the critically acclaimed movie.

It stars Mads Mikkelsen in the lead role. Druk by Thomas Vinterberg is the story of a tortured alcoholic and his journey. The Danish film runs for 115 minutes. Mikkelsen plays the protagonist named Martin.

Set in the year 2086, Last Words is a fictional film that is about end of the world. Very few people have survived and a young man embarks in search of the last remaining community of humans. It will resonate with peculiar times we are experiencing now. A handful of survivors on an island of greenery, regain hope by watching old movies, but cough and fall under the effect of a virus.

Kalipha Touray, a 19-year-old Gambian refugee plays “the last human being on earth”.

Epic comedy, it is the story of two men who meet by chance. The duo then take a trip, searching for a taste of happiness. Their experiences form the crux of the film.

Based on Hector Abad Faciolince’s cult novel, the film portrays the life of Héctor Abad Gómez, a prominent doctor and human rights activist in the polarized, violent Medellin of the 70s. This story seen through the eyes of his only son, Héctor Abad Faciolince. One of the most outstanding writers in modern Spanish-language literature.

A new film by Lithuanian master Sharunas Bartas. Lithuania, 1948. War is over, but the country is left in ruins. 19-year-old Untė is a member of the Partisan movement resisting Soviet occupation. They do not fight on equal terms, but this desperate struggle will determine the future of the whole population.

It’s British director Francis Lee’s second LGBT romance after his much acclaimed debut, God’s Own Country. Ammonite is a 19th century love story starring Kate Winslet and Saoirse Ronan. Lee said the film a story about the “the power of love; the power of a deep, intimate, human relationship; the power of touch; and hope.

This biopic of German cinema’s prolific Rainer Werner Fassbinder, Enfant Terrible, is directed by Oskar Roehler. Oliver Masucci (Hitler in the satirical Look Who’s Back) plays Fassbinder. When 22-yearold Rainer Werner Fassbinder storms the stage of the ‘Antitheater’ (Anti-Theatre) in Munich, 1967 and seizes the theatre production without further ado, nobody suspects this brazen nobody to become one of the most important post-war German filmmakers.

It is a period films, from McQueens BBC/Amazon anthology series. Mangrove, is about a group of British black activists who were arrested in 1970 after demonstrating against police harassment A topical film today. McQueen has dedicated this film “to George Floyd and all the other black people that have been murdered, seen or unseen

Pascal Plante directed short films, including Blond With Blue Eyes (Best Canadian Short Film, VIFF 2015), Nonna (Slamdance 2017) and BLAST BEAT (Slamdance 2019). Young and in her prime, Nadia decides to retire from pro-swimming after the Olympic Games to escape a rigid life of sacrifice. After her very last race, Nadia drifts into nights of excess punctuated by episodes of self-doubt.

Viggo Mortensen’s directorial debut is a dark family drama in which he also stars. John Petersen lives in California with his partner Eric and their adopted daughter Monica. His father Willis, a farmer, belongs to a much more traditional world, far from the new family codes. Upon retirement, Willis decides to be closer to his family and John welcomes them into their home. If Willis can get closer to his granddaughter Monica, the wounds of the past will reopen with John and his sister Sarah.

Passion Simple is based on the popular 1992 novel by Anne Ernaux. A love story, full of emotions. A French academic embarks on a passionate affair with a married Russian diplomat. 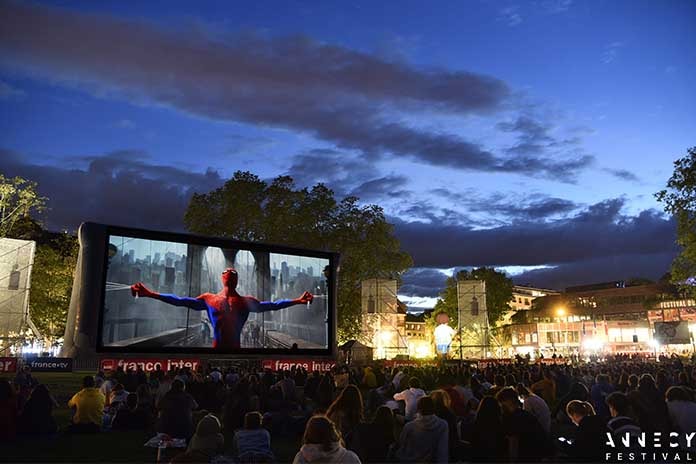