Stating that filming in India has now become easy, TCA Kalyani, Joint Secretary (Films), Ministry of Information and Broadcasting and MD, National Film Development Corporation, said Webseries and Television Series will also be included in the incentive package for co-production and film shooting.

Indian producers and filmmakers should work towards producing at least ten Co-Productions each year, stated TCA Kalyani, Joint Secretary (Films), Ministry of Information and Broadcasting and MD, National Film Development Corporation. She said this while participating in a webinar session for the formal inaugural of the India’s participation
at Toronto International Film Festival.

India’s virtual participation at TIFF is organised by the Ministry of Information & Broadcasting in partnership with Confederation of Indian Industry. India at Toronto 2020 activities include interactive discussions on filming, co-production, media services among others. Business to Business meetings and pitch sessions are also planned during TIFF.

In her opening address to delegates on the India-Canada opportunities in the filmed entertainment space, Kalyani underlined that the new rules of procedures that have finally been made by the Ministry of Information & Broadcasting will incentivize co-production, filming in India and go a long way in further strengthening Co-Production opportunities.

“Webseries and Television Series will also be included in the incentive package for co-production and film shooting,” stated Kalyani. The AVGC (Animation, Visual Effects, Gaming and Comics) Sector will also be part of the incentives provided under the Champion Sector for audio visual industry.

The spotlight on India at Toronto will showcase Film in India, promote International Film Festival of India, India as a post-production hub, promote collaborations for films with international production houses and encourage Indian Panorama Films for sales and syndication .

India has its advantage at every filmmaking process. It has a strong domestic film industry across the country. More than anything else, India has access to world class technicians and equipment; amazing choice of locations to shoot any type of film. Skilled professionals are available across the country. India is gearing up for the 51st edition of International Film Festival Of India, Goa from 20 to 28 November 2020 (hybrid format).

India through various interactions, will promote ease of shooting films in India through Film Facilitation Office (FFO) that facilitates Single Window Clearance for film-makers and provides the platform for ‘film tourism’ in India.

In his address, Rahul Rawail said, “With India soon to offer financial incentives for co-production and filming under the champion sector, whole landscape of entertainment business is set to change. It will bring more and more co-production opportunities for India and global producers.”

Roger Nair said, “We have been in the business for 25 years. We see bright times ahead for India-Canada business collaboration. We have shot films without the co-production treaty- about 14 films with India now. So, we are very open to working with Indian producers and filmmakers in the new incentive programme.” 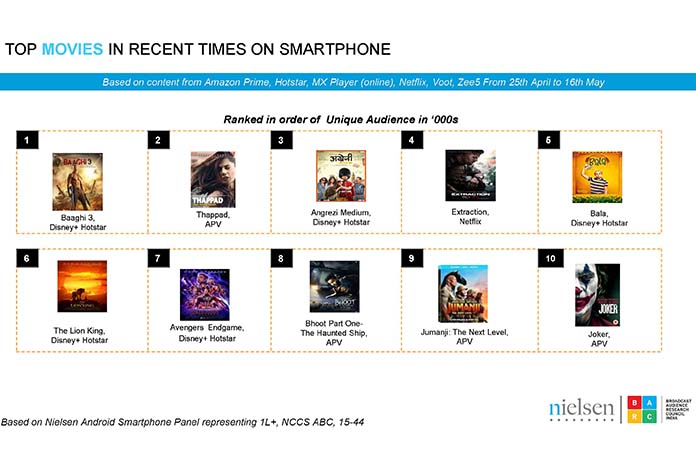