No Indian Film Should be Tagged as Regional Film: Adoor Gopalakrishnan

Veteran filmmaker Adoor Gopalakrishnan has lamented that there is a tendency to call any film made in language other than Hindi as regional film, even as he demands that it is high time “we asserted the fact Indian cinema is made in several languages” and it isn’t limited to Bollywood.

“This is a very wrong term used because there is nothing like ‘national film’ in India. In the absence of national film in the country we cannot call any film regional. We all together make the national film,” he said at Bharati Niti-SIFCCI seminar on Indian Entertainment Industry: Global Leader in Making.

“It is high time we asserted the fact Indian cinema is made in several languages. To begin with, 14 national languages recognised by the constitution and few more languages,” the veteran filmmaker added.

According to him, by terming cinema regional “you bring down” its estimation and conservation.

He referred to couple of ads given in national newspapers wherein films were invited to be handed over to FICCI for promotion to Cannes Film Festival. At the bottom of it there was a footnote: “Films made in regional language can also apply. They are also qualified.”

“My God, we are ‘Scheduled Caste’, you know. Very recently there was an advertisement again calling for admission to two premiere institutes — FTII Pune and SRFTI. Along with that they published few photos of film institute graduates. You wont believe it, there was not a single face from the South. They were stars from Mumbai / big filmmakers from Mumbai. That is what is meant to be Indian cinema.”

He demands that this has to end in a country which is composed of so many languages and regions.

“Sometime back we thought we all made films in a certain language and it seemed those films were watched only by those people who speak that language. That’s why it came to be known an regional cinema. It is very unfair.”

At the time of Independence and during the freedom fight, Hindi was promoted as national language. The idea was to have people together.

“Instead of clamoring for something in several languages let there be one voice. That was the idea. But it was not meant that this should be the only language that should be considered as national. Even officially, We have Hindi and English as official languages,” Gopalakrishnan said.

“It is time for us to correct the notion of regional cinema. We are all making National Cinema,” he added.

The filmmaker also pointed out the challenges posed by high rate of GST on films.

“One of the main problems we confronted in the recent past is the GST. It has been kept very high for film industry. One in a long while you make a big blockbuster. And calculations cannot be based on those blockbusters. How about 99 films which fail in a year,” he questions.

If we have to take our cinema forward, we need to have popular cinema, he believes.

“We need to approach it with fresh approaches, fresh techniques, fresh group of people. We have to create a space for that.”

He also believes that it is very important that “we impress upon the policy makers that we in the South produce maximum number of films in the country”.

“If you talk about 1000 films produced earlier, 700 were produced in South. Today, when we are making 2000 films I must say 1500 are made in the South. Each of the Southern industry is prolific — be it Malayalam, Kannada, Telugu or Tamil. Now with the coming in of new technology, the complexity of the film production has become less and we find more young people entering the industry. And we have to provide for their talents to be flowering,” he said. 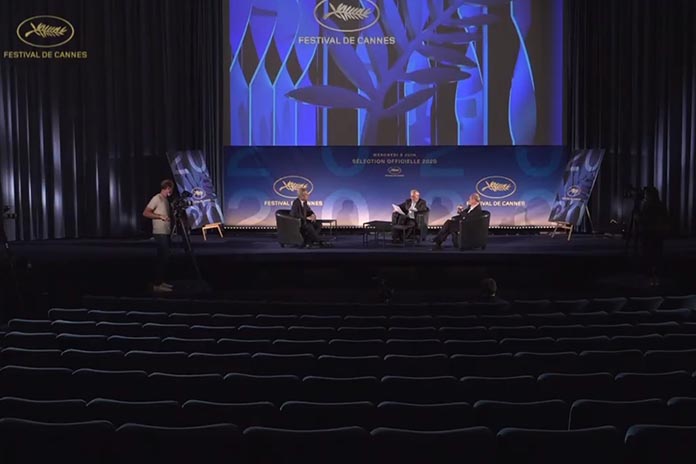