Soon after the DMK posted a spectacular victory in the Tamil Nadu Assembly elections 2021, greetings from Tamil film industry were among the first to pour in on the party’s president M K Stalin, who will assume charge as the Chief Minister in a few days.

The reasons are many, with the prime being the party’s proximity with the film industry and the incumbent government ignoring the long-pending demands of Tamil cinema.

The relationship between the DMK and Tamil film industry dates back to the days of the party’s founder and former Chief Minister C N Annadurai, who was a famed script writer. So was his successor M Karunanidhi, who, besides penning scripts till his last years, was an active patron of Tamil cinema. The party’s present youth wing secretary Udhayanidhi Stalin is an actor-producer, with films such as Oru Kal Oru Kannadi, Idhu Kathirvelan Kadhal, Nanbenda and Manithan to his credit. He is entering Tamil Nadu Assembly for the first time from Chepauk-Triplicane constituency, which was his grandfather Karunanidhi’s bastion. 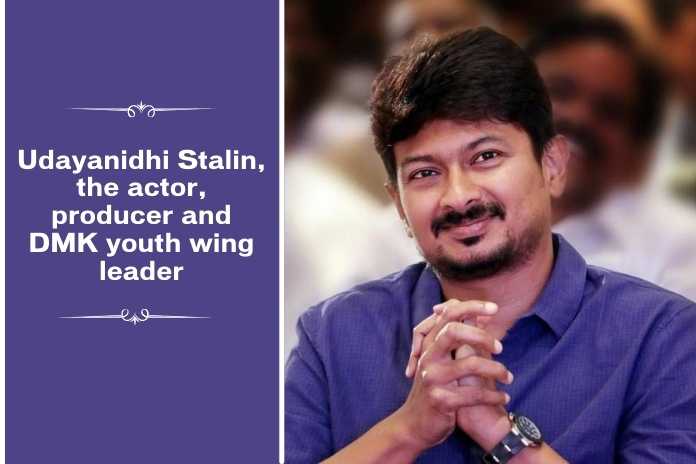 Son of the new Chief Minister, he has been in this field (he is still an active actor and producer- Red Giant Movies) and knows the pulse of the sector — especially the pains of the producer. This give hope they will be listened to.

Especially in COVID times when theatres are closed and production has come to a halt, industry leaders expect their voice to be heard better by DMK than by the AIADMK when Covid hit first phase. While Kerala, Telangana and Andhra Pradesh film fraternity got more benefits and local sops than what were offered to tamil film industry is the general feeling among stakeholders.

Kalignar TV, the DMK’s official television channel, is already looking at a makeover and revival can see visible changes in the next few months. Remember Kalaignar TV was known for buying films for good price when the DMK was in the power a decade ago.

Tamil, the second biggest film and TV market after Hindi is likely to see a flurry of OTT platforms focusing and targeting Tamil audiences — Amazon Prime Tamil, Netflix Tamil, Sony LIV Tamil, Aha Tamil, rolled out soon. ZEE5 and SunNxt are already active content aggregators for their OTT platform. This space is likely to get a shot in the arm.

While Andhra Pradesh, Telangana, Karnataka, Kerala have drafted AVGC and AR/VR policy (Animation VFX, Gaming Comics ), Tamil Nadu has an opportunity in the virtual production space and room for growth in the AVGC sector with a chalked out policy.

Interestingly, it was Tamil Nadu the frontrunner in animation sector. Pentamedia set the ball rolling in this field in the mid-90s itself and many top guns of today’s leading AVGC companies have their roots in Pentamedia.

As Tamil Nadu stands as a top cinema production centre of India, a state-of-the-art AVGC cluster will bring in top animation, VFX, gaming and virtual production studios to expand in Tamil Nadu.

Tamil cinema produces 300 plus films, 1100 theatres are functioning and it is a Rs 5000 crore industry. Tamil TV and film industry provide talent and skill sets across Indian film and TV sector.

With film industry bodies congratulating Stalin for the victory, hopes are high on the DMK government. Let them get fulfilled