Plan Your Post-Covid Shoot in India

The year 2020 marks the silver jubilee celebration for India Take One Productions. It is a landmark occasion. Congratulations from Pickle. How has been the journey?

Yes indeed, we have accomplished 25 successful years of Foreign Line Service Production in India and we would mark many more milestones. In our journey of film production we have worked with top studios globally. We have been extremely proud of the fact that our company handled the production of Oscar nominated films like Slumdog Millionaire, Zero Dark Thirty, Life of Pie , Lion, and many more which were well acclaimed and
well rewarded. I being the co- founder of this company appreciate the hard work of each member of our team who work 24×7 to streamline and
make the impossible possible for us. This is 100% teamwork and I would like to thank each member who has contributed to help us achieve this.

India Take One Productions comes with experience and professionalism. It helps its clients plan entire production process and execute it with ‘full perfection’. Since the company’s inception, it has been working on fulfilling its clients pre-production and production needs which include arranging a skillful crew, finding the best locations, obtaining permissions, constructing magnificent movie sets and overcoming all sorts of governmental restrictions.

With offices in Los Angeles, New Delhi and Bombay, it is a one-stop shop for all production needs before the crucial “Lights, Camera, Action!” is called. 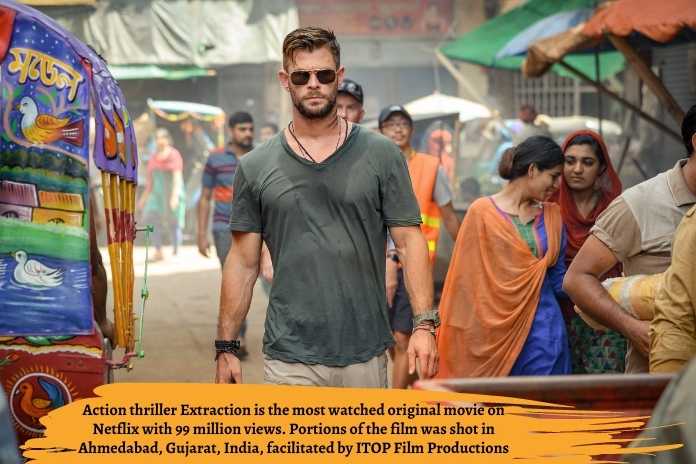 Has India and its outlook changed vis-a-vis foreign productions in recent times?

In our journey of film production one has seen a complete change in production. It has no doubt improved tremendously from shooting on film and then processing to the world of digital and special effects and the fun of post production.

It’s fantastic that India Take One has accomplished some of the finest executive productions for global productions including four Oscar winning films (Slumdog…, Life of Pi, Lion that we’re shot in India)… Thank you so much. Things actually changed after Slumdog Millionaire, when the world cinema realised that we in India could deliver the finest production services as our professional technical crew is as competent and efficient and at par
with the international crew.

Tell us about the Extraction shooting in Ahmedabad, Gujarat. It is now the all-time number one movie in Netflix?

Extraction was one of the first international films, full of stunts and action. The Gujarat government helped us to a great extent and made Netflix USA and our director Sam Hargrave’s dream come true. We are thankful to Netflix US in trusting us with their first project in India. It is only because we could deliver and make things happen that they trusted us for facilitating the production of their next film called White Tiger which is due for release in December 2020.

Are you able to see visible changes after the formation of Ministry of Information & Broadcasting’s Film Facilitation Office? Is filming in India eased now for facilitation?

Yes, things have really changed a lot. FFO, housed in NFDC is a big support and backs the Indian producers. We now have a government organization
which understands the problems we face, we have solved a many problems but honestly a lot needs to be still done to a goal we want to achieve.

What according to you are the three things that attract global productions to look at India now?

We have amazing locations in India, with professional technical crew to meet up with International Standards. The cost of shooting is far cheaper here than other countries like US, UK and Europe. If we have an Incentive in place we would be even more competitive. 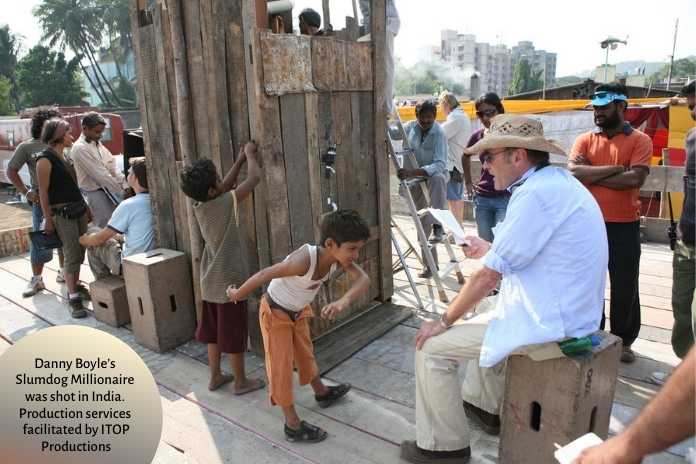 Will the government’s plans to incentivize filming in the country as well for coproduction treaties be an advantage to India?

We have been waiting for the incentive scheme for very long. I have been a key member in helping draft this policy with the government and hope this can come out soon as we will need this incentive to get productions rolling smoothly. This is needed to compete with other countries. All the productions have been hit with COVID, this will help boost the Indian industry 100 per cent.

Do you see positive intent among various State governments in India for film shooting in their respective States?

All States will have to observe strict safety protocols to ensure safe shooting. All States are taking out rules and regulations, we at ITOP would have to follow the guidelines of the foreign studios which are far more strict. The success will lie only if we ensure all the rules and regulations are maintained for the safety of the crew, which will give other producers the comfort to come and shoot in India.

What has been impact of COVID-19?

We were in the phase of handling two projects parallel with each other. We were doing production of the TV Series The Bear based on the novel Shantaram which we closed on 14 March and Tarus which we shut down on 22 March. Because of the lockdown, India like the entire world has been also affected due to COVID. We were hoping that things get better in India in a few months and we would have been on the floor by September, but things got worse. Today we are positive that foreign production houses will resume production in India like pre-COVID times in mid of 2021.

Now that India is allowing shootings, do you see positive momentum? Are the safety protocols in line with global practices?

We are all hopeful that by March 2021, we will be in a better frame to handle things. Our company has always taken the health and safety of our team and the foreign crew as a priority. We want to ensure that we can create a bubble for our team and provide safety for all. We may lose a job or two to other countries which is beyond our control but we are 100 per cent sure that things will be streamlined and we will do our best to make things happen like before. 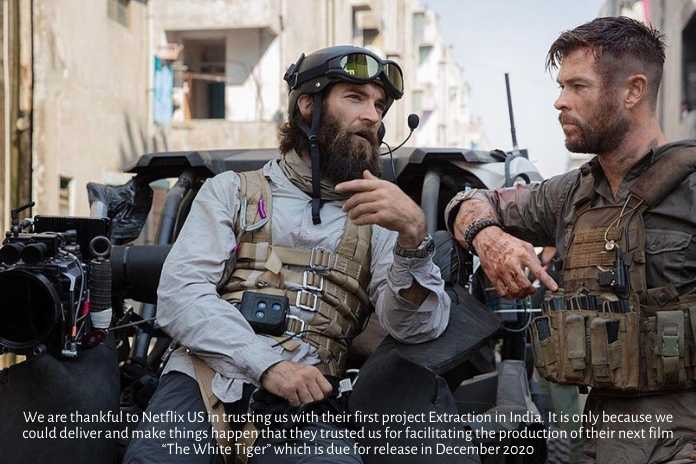 The number count in India may be high but our mortality rate is much lesser. So sure enough like Bollywood has resumed its production gradually, our production team is working on various ways to ensure safety to keep the crew confident that they are safe in India. We will bounce back like pre-COVID times and handle 2 to 3 big productions starting mid-2021. This is our goal and we are positive that we will achieve it.

How do you explain the on ground situation in India as we speak now to a potential global producer looking to film in India?

For International Producers we are advising to start Pre-Production in the summer and shoot in winter. Hopefully we will have a vaccine by then and a full safety guide line to follow to give all a comfort to all. We are in touch with three production houses with these time lines.

What are the safety measures undertaken by your production house?

We have always had an ambulance and doctor on our sets even in pre- COVID times. Now we plan to set up a full COVID testing lab on our set in one of the vanity vans, and see that all crew is tested twice a week, maintain three rings of crew on set with colored bands, sanitize the set before use and also during all breaks and see all the crew members maintain proper distancing possible and sanitize at regular intervals. No one will be spared from main cast to crew, drivers, spot boys. We have also planned to keep all crew in one hotel to maintain a bubble.

How thrilled are you to going back to shoot?

We are looking forward to get on the sets again. We all are passionate about filming and implementing our foreign producers’ vision to reality. For this we are planning a full plan to make our sets COVID free. On sets we plan to have enough infrastructure created to keep our members safe with tests at regular intervals. We will ensure all safety measures possible in our production. We have been known for our safety standards even before COVID. We would sanitise and disinfect the sets and all the offices on regular intervals. The list may seem complex in long but along with production we want to ensure the safety of each and every member. Our production house is ready to take the baton and charge on to implement everything very efficiently. Our key production team is already handling production in Indonesia and we would not leave any stone unturned to lift the curtain in India and generate the same kind of job opportunities  and revenue for our country. COVID has come as an intermission but it is not the end of the film. The show has to go on, and will go on; we need to adjust our wings to sail through 2020 and fly even higher in 2021 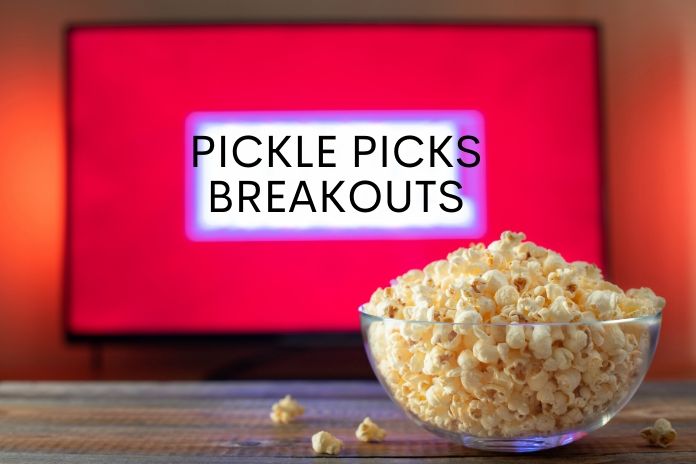