Mesmerised by the past, noted Indian Director and Screenwriter Mukul Haloi loves to dig like an archaeologist to uncover all the little fragments of time, one layer after another, and then reimagining them as a whole Interview with Mukul Haloi

Looking forward to meeting and collaborating with composers, sound designers, script mentors and co-producers, noted Director and Screenwriter Mukul Haloi has high hopes from Berlinale 2020, which he is attending as one of the Berlinale Talents from India. Haloi after a number of successful short and experimental films such as ‘Loralir Sadhukath’, for which he was given the Bala Kailasam Memorial Award, talks about his first feature-length fictional debut and his other future plans in a candid conversation with Pickle Congrats you are part of Berlinale Talents 2020.

What is your objective and what do you aim to achieve at Berlinale this year?

Thank you. I am very much looking forward to attend the event and communicate with other talents from around the world, to discuss and innovate on new thoughts and understandings about contemporary films. I am particularly looking at meeting people who are interested in Asian films, more specifically from South Asia. As I have been developing a film, I want to make use of this platform to collaborate with technicians such as composers and sound designers and also expecting to meet script mentors and co-producers.

What are the current projects that you are working on?

I’m developing my debut feature film. It’s in the research and development stage. The film is going to be in my mother tongue Assamese. It is based upon a popular Assamese folk story. Apart from this, I’m gearing up for a short film which I expect to shoot by this summer. Also, post-production of my second docu-feature is going on.

Any surprise at ‘Parasite’ winning script and screenplay in Oscars? Also, a non-English film has been bagging Best Picture award.

Looking at the trends over the years, I think it is not very surprising that ‘Parasite’ has globally made an impact and found an acceptance among moviegoers all over the world.

Is being an academic helps you as director and scriptwriter?

I’m not so much into academics, but I teach film in independent workshops and also write about them. It helps me to constantly question my own practices and further deepen my understanding of films. Directing films is not just a craft, but also a responsibility to do justice to your own thoughts and ideology. So, I feel that writing, teaching or reading keeps me in a conflicted territory of thoughts, which help me to create something.

There has been a phenomenal change in the popular Indian cinema with content-based films working well and commercial hits falling in numbers? What are your thoughts?

It’s a good sign. We as viewers have been exposed to so many film cultures of the world that now we can identify and choose our own subjects. Maybe, that’s why cinema with strong content or subjects is getting acceptance. Also, regionally there are so many good films getting produced. Specially, I am very much intrigued about the films coming out of Kerala, which are fresh, powerful and commercially viable too.

Personal remembrance seems to be your forte in your works.

The past mesmerizes me. Remembering it is an archaeological process—digging one layer after another; finding bits and pieces of markers to a time; accumulating them and then making a whole to imagine the time we have lost in fragments. Those fragments are my area of work.

There is so much of talent coming out from north East? Do you see visible change on ground?

We can see viewers’ acceptance of new experiments and mode of thinking,
though not so significant. In the last five years, there have been many films made by new filmmakers and they all are thematically and aesthetically and linguistically/ ethnically varied. To talk specifically about Assam, some films carry the neorealist practice of Jahnu Barua, but in a refurbished way. ‘Village Rockstars’ by Rima Das is one of such films. There have been another set of films which reflect on the insurgency-torn time of Assam. Jaicheng Dohoutia’s ‘Handuk’, Reema Borah’s ‘Bokul’ are prominent ones in this thematic classification. There has also been a resurgence of films in different languages. Rabha, Mishing, Bodo, Moran, Karbi—all these languages are now getting a place in films.

Few more film-makers who are creating new modes of expression are Bhaskar Hazarika, Deep Chowdhury, Kenny Basumatary, etc. Who has been your major influence in filmmaking?

There have been many. But among filmmakers — Yasujiro Ozu, Andrei Tarkovsky, and Hao Hsiao hsien are three names that stand out.

Finally, what are the goals you have set yourself in this decade?

I haven’t planned it for so long… But I want to make as many films as possible. One film every year would be great if possible. Also, I have been thinking over setting up something to inculcate film awareness and education in school children in Assam, which I will begin soon starting with my own village. Also, I am planning to publish my first collection of essays in Assamese by this year. 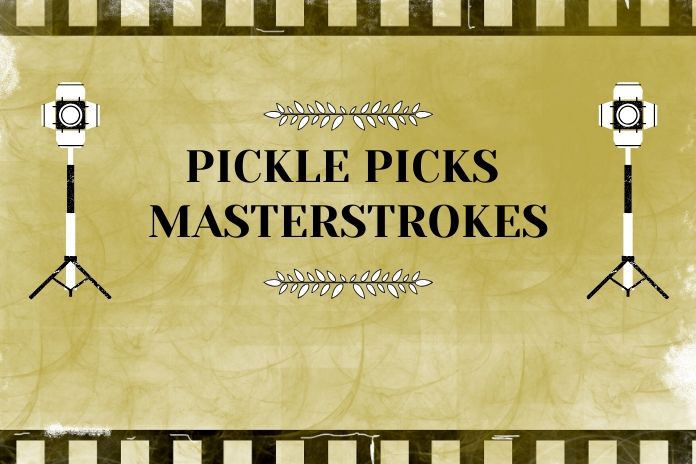