Exciting times are in for Netizens, as Netflix has announced the biggest release schedule of 2020 in India. Seventeen original titles. Here is everything you need to know about the upcoming originals and films

Netflix has announced an interesting lineup of 17 original stories, including six new films and two new series. From thrillers to romantic comedies to lighthearted dramas, this diverse collection will launch on Netflix in the coming months.

According to Monika Shergill, Vice President-Content, Netflix India, “We are excited to share our lineup of stories across formats and multiple genres. We know our members have unique tastes, moods and needs – sometimes, they want to lean back and watch a delightful comedy, and at other times, they want a pulsepounding thriller that brings them to the edge of their seats. We are so proud to bring these diverse stories created by acclaimed and emerging storytellers and producing partners. Together with the finest stories from around the world and our rapidly growing selection of licensed titles, we want to give our members something to discover and love on Netflix every day.”

It is a dark comedy featuring Abhishek alongside Rajkummar Rao, Aditya Roy Kapur, Sanya Malhotra, Fatima Sana Shaikh, Asha Negi and Pankaj Tripathi. It plays on one key theme: Nothing’s ever a coincidence and is expected to us a dark and comical ride.

An action-packed film starring Sanjay Dutt in the lead role, Torbazz uses cricket as a medium to help transform the lives of a group of children at a refugee camp. According to Dutt, the film highlights his character’s rise form personal tragedy as well.

Raat Akeli Hai is a mystery-thriller that will pair Radhika Apte opposite Nawazuddin Siddiqui as the lead character, Jatil Yadav, tries to uncover what happened one fateful night.

It is a satire film by Alankrita Shrivastava, featuring Konkona Sen Sharma and Bhumi Pednekar in lead roles and Vikrant Massey and Amol Parashar in prominent roles opposite the actors. According to Pednekar, it is a charming story of womanhood, sisterhood, and everything in between.

Ginny Weds Sunny, a rom-com, features Yami Gautam and Vikrant Massey. It follows the actors’ unusual love story, one that’s perpetrated by her mother. A matchmaker by profession, she introduces the two, and even helps Massey’s character get on her daughter’s good side. But as all Hindi rom-coms go, expect a hidden twist in this tale as well.

It is the first Indian animation film ever selected to open Venice Critics’ Week. It unfolds the story of a flower seller falling in love in the filmy style you only expect to see in Hindi movies.

It is a biopic based on the life of Gunjan Saxena, the first Indian woman to pilot a Cheetah Helicopter during the Kargil War in 1999. Bankrolled by Dharma Productions and Zee Studios, the film features Jahnvi Kapoor as Gunjan Saxena and portrays Pankaj Tripathi, Angad Bedi, Manav Vij and Viineet Kumar Singh in pivotal roles.

This film, starring Kajol, Tanvi Azmi and Mithila Palkar in the lead roles, will chart the hectic lives of their characters: Nayan, Anu and Masha. The title of which is inspired by Tribhanga, an Odissi dance pose that is asymmetrical, yet mesmerising to watch, much like what the film promises to be.

Shivangi, a 10-year-old girl, embarks on a mission to save her family’s village in Punjab from the restless ghosts of its horrific past. The film stars Shabana Azmi, Satyadeep Mishra, Sanjeeda Sheikh and Riva Arora in lead roles.

Serious Men, a film directed by Sudhir Mishra with Nawazuddin Siddiqui in the lead role, deals with this unique ideaWhat happens when you con the entire world into believing that your son is a genius? According to Netflix, Siddiqui’s character is tormented with his ‘underprivileged’ societal status and hatches a master plan to earn a quick buck, only it backfires and how.

Class of ‘83 stars Bobby Deol in the lead role of Dean Vijay Singh, a cop-turned-educator whose students grapple with the complexities of being in the force and devotion to the nation. Notably, the film produced by Shah Rukh Khan’s Red Chillies Entertainment and directed by Atul Sabharwal is based on the book The Class of 83 by Sayyed Yunus Hussain Zaidi.

A dark comedy, AK vs AK features Anurag Kashyap and Anil Kapoor in the lead roles. The plot revolves around the eccentric tale of how a director (Kashyap) kidnaps the daughter of a movie star and films the star’s (Kapoor) desperate search for his daughter in realtime as his next blockbuster.

This series stars one of YouTube’s biggest sensations, Prajakta Kohli with The Sky Is Pink’s Rohit Saraf. It is tipped to be a young-adult romance series that’ll take us through the ups and downs of their equation.

Tabu and Ishaan Khatter play lead roles in Mira Nair’s TV adaptation of Vikram Seth’s A Suitable Boy. The show will unfold the story of Maan and Saeeda and a love that’s not barred by traditional norms of society.

It is a scripted series based on real-life moments from Masaba Gupta’s life, her unique background, the diverse worlds she straddles across fashion and family, and her foray back into the dating world.

In Bombay Begums, a fictional series, five women across generations wrestle with desire, ethics, personal crises and vulnerabilities to own their ambition, in contemporary urban India. It will follow each woman’s journey to find her own truth.

It is a comedy series that will follow the life of Beanie, a young girl, who decides to run from her very comfortable life and pursue a career in stand-up comedy. While navigating the demands of everyone from her concerned parents to her proposal-popping boyfriend. 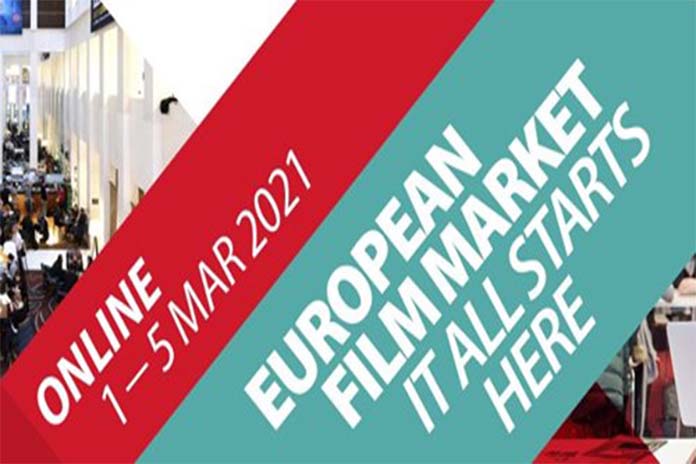