India has a pool of trained artistes. They are computer literate and proficient in English. Also, we can offer rates that very few in the world can offer,” says Soumitra Ranade, Founder and Creative Director of Paperboat Design Studios Pvt. Ltd

We are excited to see Bombay Rose, directed by Gitanjali Rao, (premiered in Venice and screened at other prestigious events) was made at Paperboat Studios. What went into the making journey of Bombay Rose?
Bombay Rose has a very unique style, which is Gitanjali’s personal style. She had made her short film True Love Story in a similar style mostly on her own with only a few artistes. However when it comes to a feature film the dynamics are entirely different. The project has to get into a studio mode even while it remains personal expression. That was our main challenge – to maintain the integrity of the image even as production happens in a conveyer belt like situation. We couldn’t allow any leakages anywhere. The final image, even after having gone under the hands of numerous artistes, had to be exactly as Gitanjali had envisaged.

But we have a very simple solution for this, which we had tried in our earlier animation film Goopi Gawaiyaa Bagha Bajaiyaa and had succeed. With Bombay Rose too we trained about 30 artistes for a period of three to four months. They were trained under Gitanjali and our design team. Obviously there were many hiccups in the early days. It takes time for artistes to unlearn what they have been doing for years. But we got through that phase eventually and only when we were all on the same page, did we start the production. After that it went quite smoothly since each and every artiste knew exactly what Gitanjali had in mind. I think what we have achieved is truly phenomenal.

About 200,000 frames were hand-painted individually – each with multiple characters in about 18 months.

How difficult is to manage an animation service ecosystem run by creative leaders? It is very ironic…
Honestly I think this is the only way to do it! Besides being a writer-director, I have also been the executive producer on all my films. So I did have certain management skills. Running a studio is slightly different and we did have some issues initially. But we worked around that, hired professional managers and created a system that is driven by the creative and run by the managers rather than it being the other way round.

Indian animation service industry is 25 years now. Can we confidently say, we can make in India to show the world?
As artistes we could always do it. What we didn’t have then was an animation ecosystem. It is not enough to have designers and animators alone. We need to have animation producers, writers, animation thinkers really and most importantly animation viewers. Only then can the animation industry thrive.

In the absence of all these, the big foreign studios came and gobbled us up! They trained our artistes to suit their styles and India ended up as a backend sweatshop destination. Sure, it gives jobs to thousands and that’s very important but I don’t think that helps the animation aesthetic in the country.

I think it is important for us to build our own animation industry rather than being dependent on the big studios to offload their work on to us.

India is one of the global clusters for animation service. Where do we go from now? What advantages do you see in India in providing offshore animation production services? Where do we excel in this space?
The advantages are many. Firstly India has a pool of trained artistes. They are computer literate and proficient in English. Also, we can offer rates that very few in the world can offer.

I do think that the government can play a big role here since it tick marks one of its main agendas; to create jobs. It should give tax cuts and other benefits so that this part of the animation industry enlarges exponentially.

What’s the idea behind the creation of Paperboat Studios?
Before Paperboat, there were only two kinds of animation studios in India. One, those large studios that did all the backend work for big foreign studios or then there were the others, which were mostly doing advertising or TV serials.

We wanted to create a space where creativity and innovation is respected. Where directors can come and make their feature films in whatever style they envision. And because Paperboat is headed by artistes, the directors trust us. They know that their most precious child will be looked after well at Paperboat.

You have created some of the feature films and finest animation IPs from India. What goes on your mind when you create product for others?
Honestly, this word ‘others’ doesn’t exist for us. It is ‘us’. We are all in it together.

Shilpa Ranade made her film Goopi Gawaiya Bagha Bajaiyaa with us. Then it was Anamika Haksar with her Ghode Ko Jalebi Khilane Le Ja Riya Hoon (partly animated) and now Bombay Rose. All three films have gone international in a big way. GGBB was the first Indian animation feature that was premiered at TIFF. Ghode Ko was selected for Sundance. BR was the first Indian animation film opening the Critics Week at Venice. All three have gone to many other festivals and won numerous awards.

This gives us great happiness because these are all our films! It also makes us happy that Indian animation is finally being recognized worldwide and Paperboat has played a small part in this.

Paperboats’s core ideology “is to serve simplicity with sophistication”. What are the services rendered at your studio?
From the very conceptualization of an idea till the final screening copy is what we do at Paperboat. Ownership is very important for us. From story to screenplay and dialogues, from character design to all other pre-production, from animation to compositing and then the BG music and sound postproduction, we take care of all these at Paperboat.

Of course, all clients don’t get all this done from us. For feature films especially the directors come with their own screenplays although for GGBB I have written the screenplay as well.

Animation and IT sector evolved simultaneously in India. Indian IT has gone global, but animation/animation services hasn’t seen the same success. Do you think animation will have it glory in India in the coming years?
I had made a film called Jajantaram Mamantaram in 2003. For the first time in an Indian feature we had 65 minutes of animation and VFX. Inspite of its huge commercial success it has taken India another 12 years to make a Bahubali in 2015!

I have always thought we Indians were very sluggish when it came to technology. Our generation was never really exposed to animation as a result of which, it was essentially a star driven generation. We preferred to see Bollywood stars rather than animated images. I think the current generations have crossed that bridge. I do see exciting days ahead.

How do you see new space and a media ecosystem opening up for animation in platforms like Netflix, Apple, Amazon Prime, YouTube…
As I said earlier, our generation was never really exposed to animation. In my childhood I used to see perhaps one Disney film in two years. And then there were those wonderful Films Division shorts made by Bhimsain and Ram Mohan. Besides this, we had zilch exposure to animation.

But since the late nineties after private satellite channels exploded on the scene, kids are growing up watching animation. It has now become a norm. In fact it is now a preferred medium. Other mediums like the memes, GIFs etc are adding to this whole new visual culture. Animation also lends itself easily to dubbing and hence crosses geographical/linguistic barriers easier than live-action. It is edgier, funnier, faster and more exciting.

There is a hungry audience out there waiting for animation content and the platforms are already moving more and more towards that space.

As we march to a new decade in a couple of months, what is your wish list to accomplish in the new decade beginning 2020?
Oh this is the most exciting period in our lives! We have started work on our next feature Kabuliwala, which is based on Tagore’s classic short story. We have some very exciting ongoing television projects with Discovery Kids and Sony Yay! We have started a new division called Occult where we will focus only on cutting edge VFX work. We are talking to prestigious universities in India to develop animation education across India. We have also started UtSide Inc. a design innovation company based out of Toronto.

So quite a lot of exciting stuff is happening but the closest to our heart is our proposal of an animation school attached to a studio in Kashmir. We are very keen on this and we hope things work out very soon. 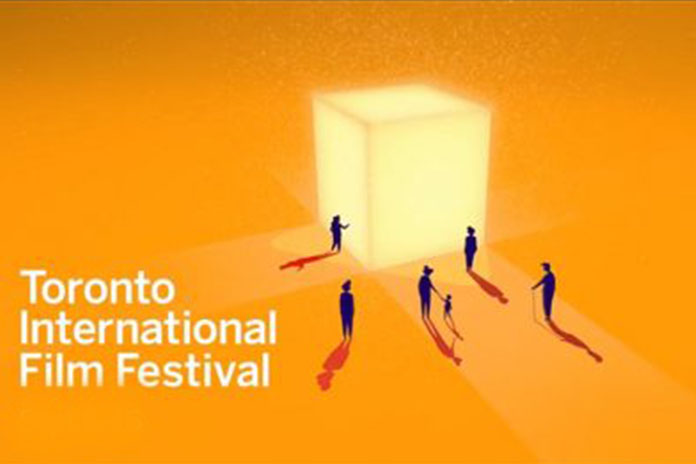