Annecy, the world’s biggest animation film festival and largest gathering of business of animation industry professionals released its competition film line up and Contrechamp sidebar section of the festival.

The festival accredidation is priced nominally at 15 Euros and market accredidation for professsionals at 110 Euros. The major part of the animation market MIFA (meetings, pitching sessions) will happen between June 16-19. The presentations and conversations will be limited to 1000 viewers and pre-recorded live sessions will remain in the Annecy online platform for two weeks till June 30.

76 films were submitted to our selection committees and to the Artistic Director, Marcel Jean. 20 films are competing in our two competitive sections. Among them, and apart from the usual producer countries (France Japan, South Korea, Russia, etc.), you will notice there is a film from Chile, Mauritius and Egypt.

The Annecy 2020 Official Selection is carried out by the Artistic Director, Marcel Jean, the Films & Programme Planning team, Laurent Million, Yves Nougarède and Sébastien Sperer, as well as:

“The Nose, or the Conspiracy of Mavericks,” (Russia)

Stalin’s reign of terror in Russia during the first half of the 20th century. Described using a combination of historical settings, biographies and masterpieces from Russian avant-garde artists, composers and writers from this totalitarianism period.

“Kill It and Leave This Town,”(Poland)

Fleeing from despair after losing those dearest to him, the hero hides in a safe land of memories. Over the years, a city grows in his imagination. Literary heroes and cartoon childhood idols come to live there, uninvited. When our hero discovers they have all grown old and that eternal youth does not exist, he decides to return to real life.

Little Vampire lives in a haunted house with a merry group of monsters, but he is bored stiff! One night, he secretly sneaks out of the manor along with his trusted bulldog, Phantomato, on a quest to find some new friends.

Based on the hit series, “Jungle Beat: The Movie” is a charming, family-friendly story of epic proportions. An alien called Fneep arrives in the jungle and gives the animals the ability to speak. He’s supposed to be conquering the planet, but as Munki and his elephant friend Trunk help him get back to his crashed ship, Fneep discovers that the greatest force in the universe is friendship.

The famous Lupin and his motley crew join forces with the young Laëtitia to steal Bresson’s diary, a treasure that even the famous Arsène Lupin, his grandfather, had never managed to steal.

Based on the young adult novel, ‘Seven Days War’ is a summer adventure story about Mamoru and his classmates’ getaway and their friendship, which is put to the test when adults start chasing them.

Potter, a kind and poor guy, finds a magical artifact called the Stone Of Fire, that makes him rich and mean. The evil Queen decides to kill him, so she can take the Stone Of Fire. Only a girl called Ginger can save Potter with her devotion.

Bigfoot, Adam’s father, wants to use his fame for a good cause. Protecting a large wildlife reserve in Alaska sounds like the perfect opportunity! When Bigfoot mysteriously disappears without a trace, Adam and his animal friends will brave anything to find him again and save the nature reserve.

1863, a convoy in the American West, Martha Jane needs to learn how to take care of horses to drive the family wagon. Except she ends up wearing pants and cutting her hair. The scandal that its stark character provokes will force her to face all the dangers in a gigantic and wild world where everything is possible.

“Nahuel and the Magic Book,” (Chile)

Nahuel lives with his father in a fishing town, yet he has a deep fear of the sea. One day, he finds a magical book that seems to be the solution to this problem, but a dark sorcerer is after it and captures Nahuel’s father. This is where his journey to rescue his father and overcome his fears begins.

One summer’s day, a group of yobbish high-school kids, who’ve never touched an instrument in their lives, decide to form a band. This is how they start playing a youthful and quirky rhapsody.

Our protagonist, the Old Man, is visited on his farm by his grandkids, who have been dropped off for the summer. The little bastards accidentally set loose his prized and thoroughly abused cow. Now the Old Man and his grandkids have just 24 hours to find the rogue bovine, before her unmilked udder explodes and unleashes lactopalypse.

Mass media are invaded. TV and radio are interrupted by a signal. Internet connections and phones die. Everyone stands in front of the TV, instead of their usual program, another hypnotic image floods the screen. No one has ever seen an image like it before. The radio only emits a distant murmur, like a whisper. Nothing else.

Martin tried to fight the system, and now he’s on the run. Sara is a conceptual artist. Together they join the revolutionary commune in the countryside. The police are on their trail. Inspector Ambroz knows the right questions are more important than the answers. Because maybe none of this is true.

Beauty Water looks like a common skin cosmetic. But unlike other cosmetics, people can sculpt their skin with it like molding clay and change their appearance. An ordinary girl, Yaeji, comes across the ‘Beauty Water’ by chance, and her endless desire to be the most beautiful woman brings her unimaginable disaster.

This is the personal story of the director, Ilze, growing up in Cold-War Latvia, USSR. It´s a coming of age story, a personal escape route from the mighty authoritarian regime’s brainwashing. An antiwar film, emphasizing the importance of an individual’s freedom being a democratic society’s fundamental right.

There is a painting called “The Shaman Sorceress” left at my home by a mute girl and her father. This picture is worth a thousand words. Mohwa, a shaman, lives with her mute daughter Nang-Yi and her husband, and has practiced shamanism her entire life. One day her son Wook-Yi returns home after several years away, as a converted Christian. This sparks a conflict and drives the family into tragedy.

For generations humans had thought that demons were legends, but they actually co-exist with us. Hei is a cat demon who had lived a happy life in the forests in the mountains until the city rampantly expands, and the deforestation destroys his homeland. Here, Hei begins his journey wandering the world in search of his new home.

After his father disappears and the rest of his family is sent to a notorious political prison camp in North Korea, a young boy must learn to survive the harsh conditions, find meaning in his perilous existence, and maybe even escape.

“The Knight and the Princess,” (Saudi Arabia, Egypt)

A true story with a fictional twist. An unwavering young warrior’s determination to save abducted women and children from pirates, leads him to fall in love with a princess and confront a brutal tyrant and his devious sorcerer.

Sky and Rabia are awaiting the arrival of their first child. But a miscarriage shakes up their lives. Whilst each of them manages their grief in their own way, memories of their love story rise to the surface and encourage them to look towards the future.

“The Orchid and the Bee,” (Canada)

“The Orchid and the Bee” is an expressionistic VR ode to nature’s struggle for existence, explored through a chain of genetic love affairs.

More than a personal tribute, this is a breathtaking VR journey into the sensitive heart of Stanley Kubrick’s masterpiece “A Space Odyssey”. Staging the famous dark monolith as an incredible matrix of more than 200,000 images.

Enter into one of the darkest paintings in the history of art – “Saturn Devouring His Son” by Franciso de Goya – alone with Saturn in a cold and misty landscape. 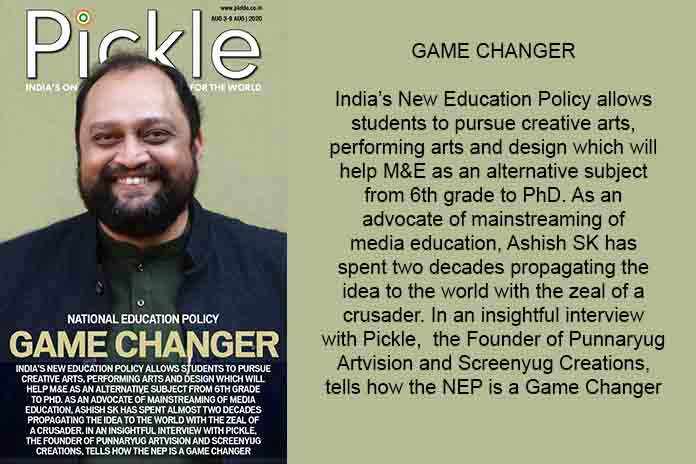