Stella Dallas will be shown in the world premiere screening of the new 4K digital version restored by The Museum of Modern Art (MoMA) in New York and the Film Foundation chaired by Martin Scorsese.

The screening of Stella Dallas will be accompanied by the film score composed for the occasion by English musician Stephen Horne, commissioned by MoMA and performed live by the Gaga Symphony Orchestra, which counts 13 elements in addition to the Conductor and orchestrator Ben Palmer and the pianist Daniel King Smith.

“Stella Dallas was one of the greatest box-office hits in Hollywood silent film – stated the Director of the Venice Film Festival Alberto Barbera – not coincidentally remade twice: the first time in 1937, directed by King Vidor with Barbara Stanwyck in the starring role; then in 1990, with Bette Midler directed by John Erman. But there is no doubt the first version is far superior to the ones that followed, thanks to the remarkable performance by Belle Bennet and the superb direction of Henry King, who makes the most of the expressive potential developed by the language of silent film at the height of its aesthetic evolution, before the advent of sound”.

Restored by The Museum of Modern Art (MoMA), New York

“Stella Dallas was acquired for the collection of The Museum of Modern Art by Iris Barry, MoMA’s first film curator, in the 1930s, a time when ‘women’s pictures’ were not considered worthy of serious attention,” said Dave Kehr, Curator in MoMA’s Department of Film. “Now, nearly a century later, the film has rightfully assumed the status of a classic. Together with our partners at The Film Foundation, we are most grateful to the Venice International Film Festival for giving us the opportunity to present our new restoration of Stella Dallas the way it should be seen, on a big screen with a full orchestral accompaniment.”

“The first time I saw Stella Dallas was in 2007 – said Stephen Horne – when Kevin Brownlow asked me to accompany it on piano at a private event. I was not able to watch the film beforehand, so discovered it while playing. However, it soon became apparent that this was a truly great silent film. I accompanied it several times over subsequent years, the music evolving from improvisation to composition. In 2016 I prepared a duo arrangement for piano and harp, but the film’s emotional scope always felt ‘orchestral’ to me. So I am grateful to MoMA for commissioning this score, fifteen years after that original screening”.

Stella Dallas, the working-class mother who makes the ultimate sacrifice for her socially ambitious daughter, became one of the most resonant figures in American culture from the moment Olive Higgins Prouty’s novel appeared in 1923. A stage adaptation soon followed, as did this film version in 1925 (the first of three).

Produced by Samuel Goldwyn and directed by Henry King, the film is a powerful indictment of the rigid class barriers then emerging in the prosperous, postwar America of the 1920s, but the emotional center of the film is Stella (a brilliant portrayal by Belle Bennett, one of 73 actresses tested for the role), who marries “above her station” (to a temporarily embarrassed banker’s son, played by Ronald Colman) but is unable to adapt her dress and behavior to the bourgeois standards of her new husband. When her daughter (Lois Moran) becomes engaged to a fashionable country-clubber (a young Douglas Fairbanks, Jr.), Stella’s dilemma becomes painfully clear: Only by leaving her life can she ensure her daughter’s happiness.

With its screenplay by Frances Marion, Hollywood’s leading female screenwriter, the film is particularly sensitive to the emotional violence of slights, snubs and omissions, as King builds the drama toward one of the most visually and emotionally impactful climaxes of any melodrama. As the critic of Moving Picture World wrote in 1925, “There are few so blasé that they won’t feel a tug of the heart, a lump in the throat and moist eyelids while viewing Stella Dallas.”

Behind The Stella Dallas Success

Henry King (born January 24, 1886) was an American actor turned director who became one of the most commercially successful directors of the 1920’s. He was twice nominated for Academy Awards for Best Director and was one of the 36 founding members of The Academy for Motion Pictures Arts and Sciences. He died on June 29, 1982.

Stephen Horne is internationally considered one of the leading silent film musicians. A pianist at London’s BFI Southbank for thirty years, he has played in over twenty countries across Europe, North America and Asia. As well as piano, he often incorporates other instruments into his performances, sometimes simultaneously. He has won several awards and for six years consecutively was named ‘best accompanist’ in the annual Silent London poll. In 2020 he released Silent Sirens, a collection of piano pieces based on his film scores, which was one of the most-streamed Classical albums of that year.

The Gaga Symphony Orchestra, an ensemble from the Veneto of professionals under the age of 35, is known for its original artistic repertory, which ranges from classical to pop and dance music. Since 2012, it has performed hundreds of shows in Italy and abroad, in the widest variety of venues, and collaborates regularly with famous international brands and artists from the Italian pop music scene. The Gaga Symphony Orchestra was selected upon recommendation of Lucia Ronchetti, Artistic Director of the Biennale Music Department. 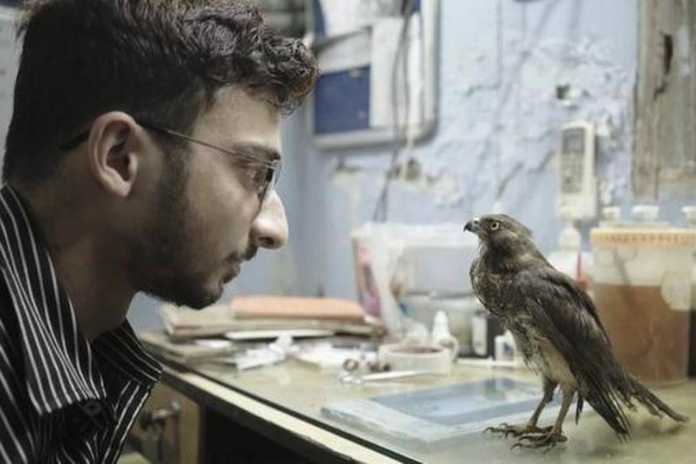